Last night, after getting to our hotel room, we looked out the window, and noticed this curiously new and wide looking highway winding up the hillside east of Orsieres. What is it? Just another example of expensive Swiss infrastructure? Noooo—its actually a useful highway, going up and over the St Bernard pass into Aosta, Italy. Emperor Augustus had widened the road for carts some two thousand years ago, Napoleon had marched 40,000 soldiers over they pass some 200 years ago... and there’s been a monastery/hospice there for 1000 years, where the dog breed comes from.Chris had spotted a 9 franc return bus ticket yesterday, with museum admission, so that was an obvious choice for a rest day! 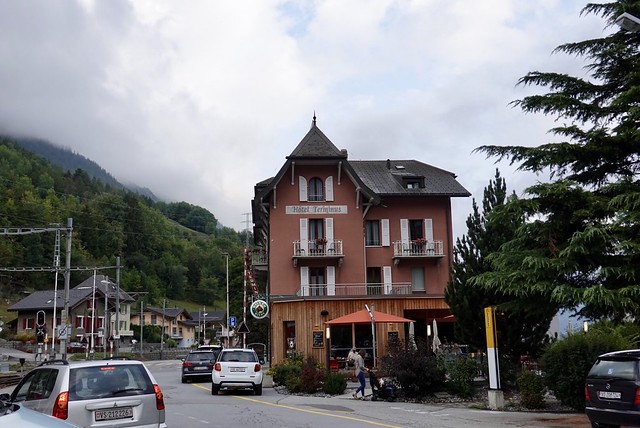 Our hotel, the Hotel Terminus 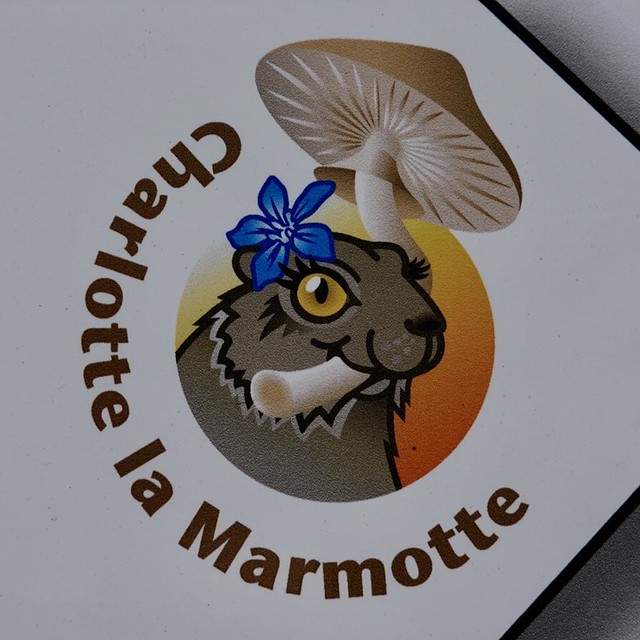 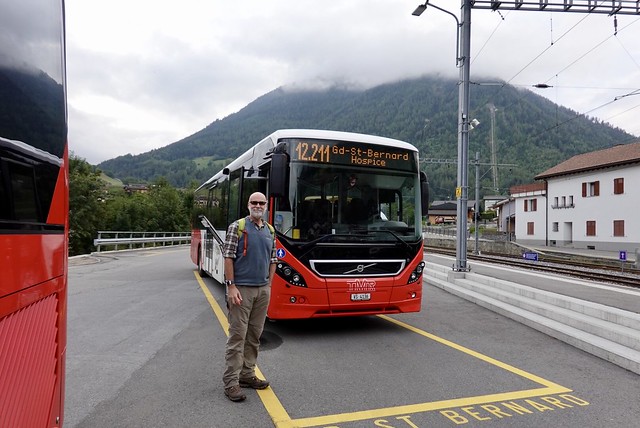 The bus to the pass

We ate breakfast a bit later than usual—the runners in our hotel were up early for the OCC race between Orsieres and Chamonix—and we heard the race horn blast at 8:15am while we got ready (again, I thought: not for me). The bus left promptly at 9:05, and we wound our way up the valley. The main highway had been diverted into a tunnel well before the pass, leaving the old winding road very scenic, as we were well above treeline, and the sun and puffy clouds came out and made for fantastic views. 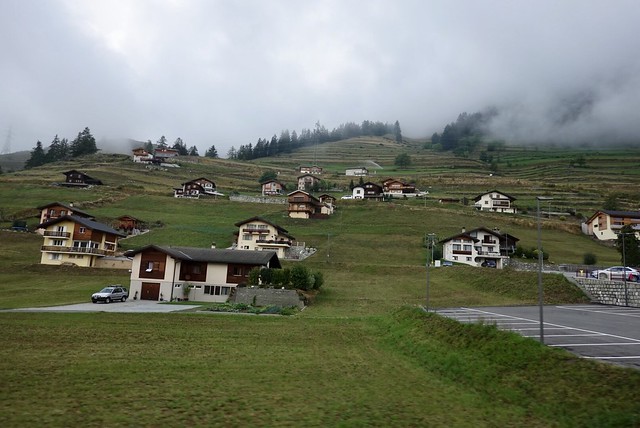 Precisely arranged chalets on the hillside 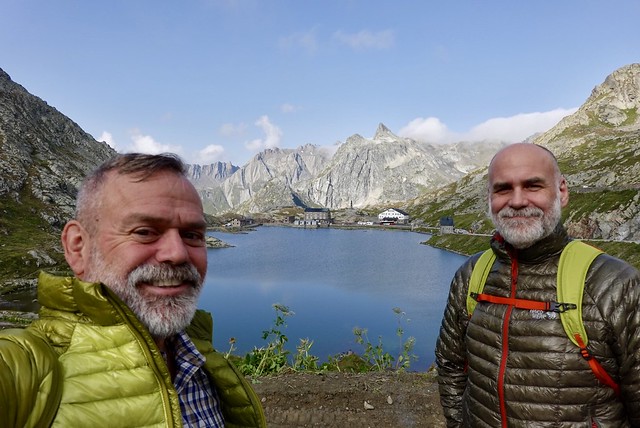 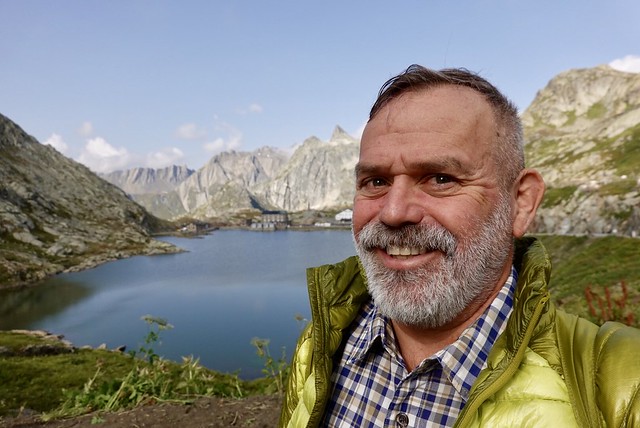 We started bywalking down the road to the Italian side of the pass. I’d wanted to see the Plan Jupiter, where the Romans built a long-removed small temple and a still-visible roadcut, somewhat eroded these days. 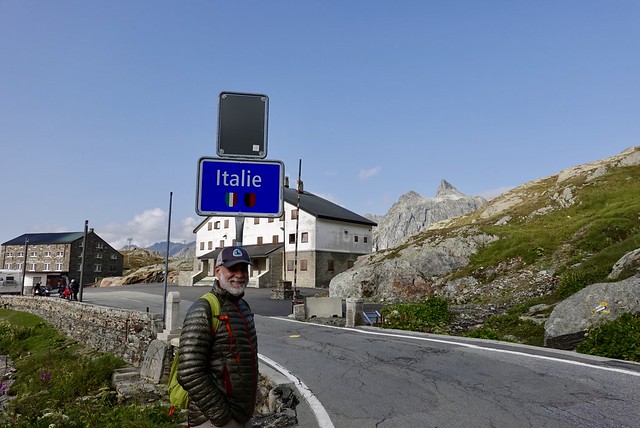 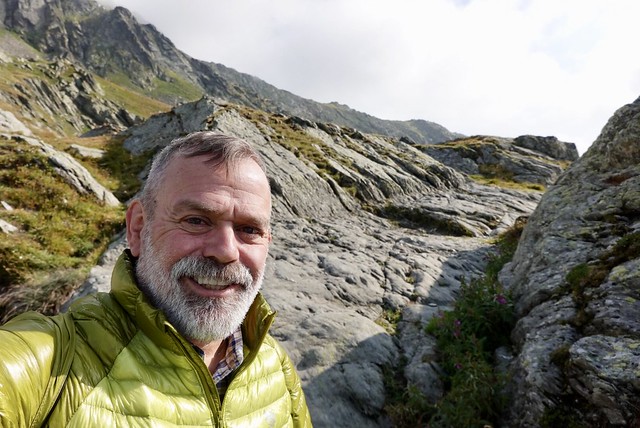 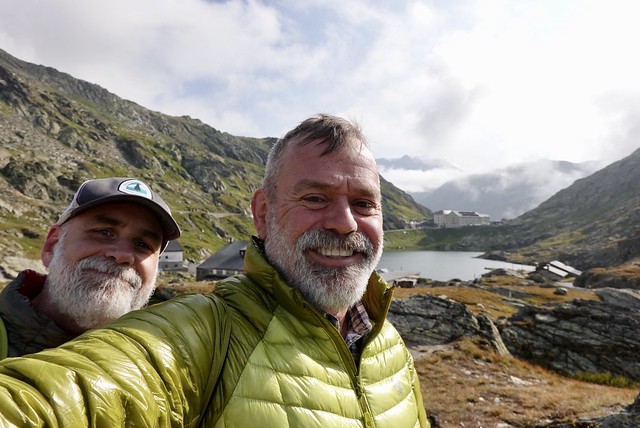 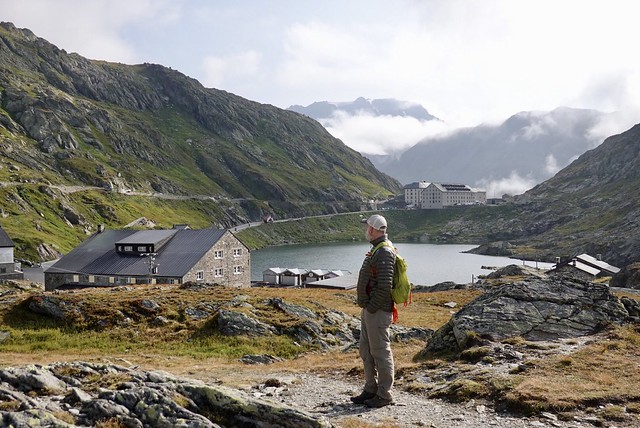 Walking past the Plan Jupiter 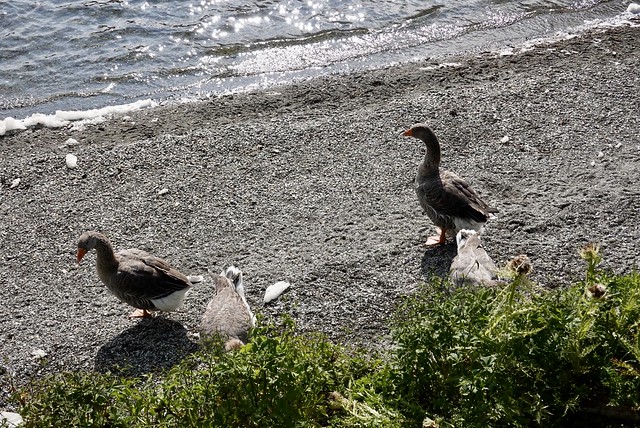 Back up the hill, we went to see the famous St Bernard dogs on display in sunny cages (they’re now maintained down in the valley) outside, then wandered through the museum. 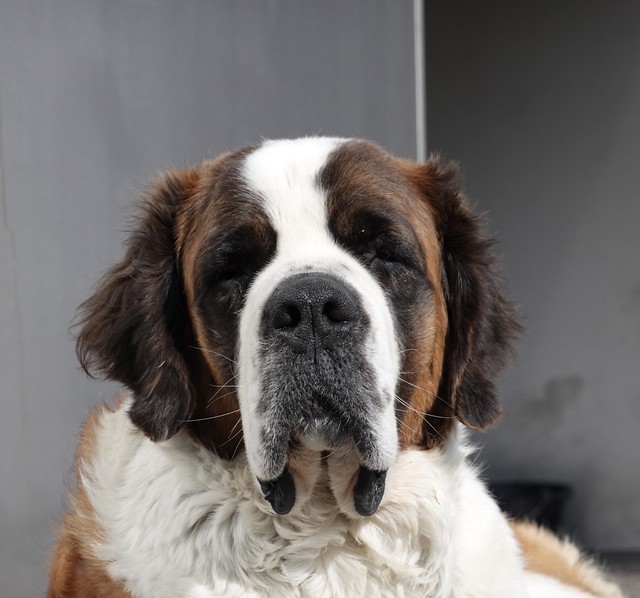 Name is Nevada (I think) 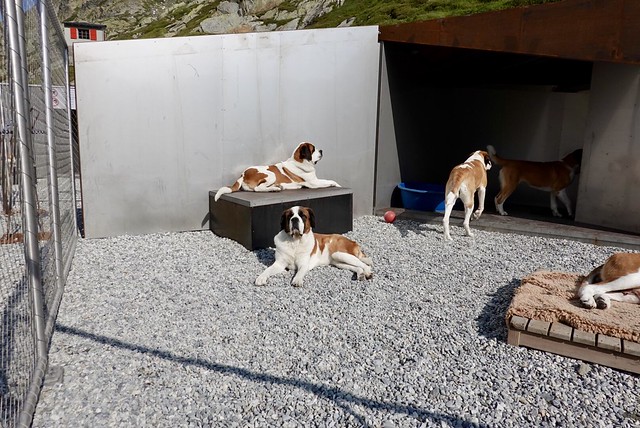 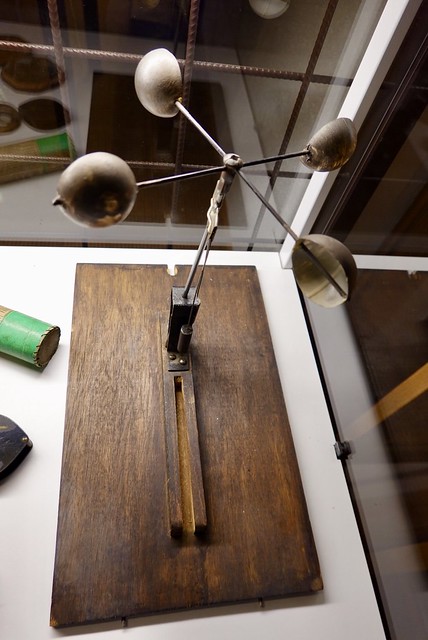 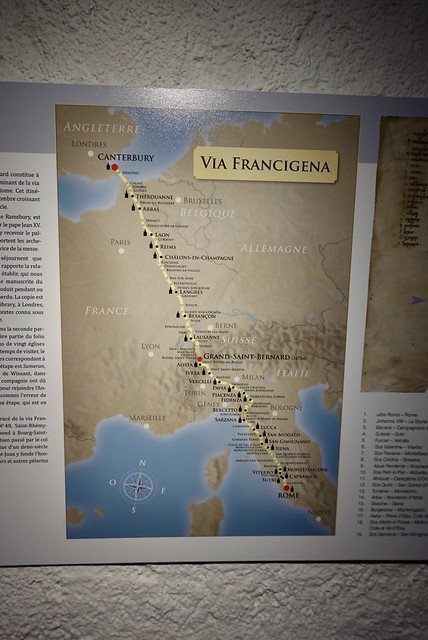 Midway on the pilgrimage route from Rome to Canterbury 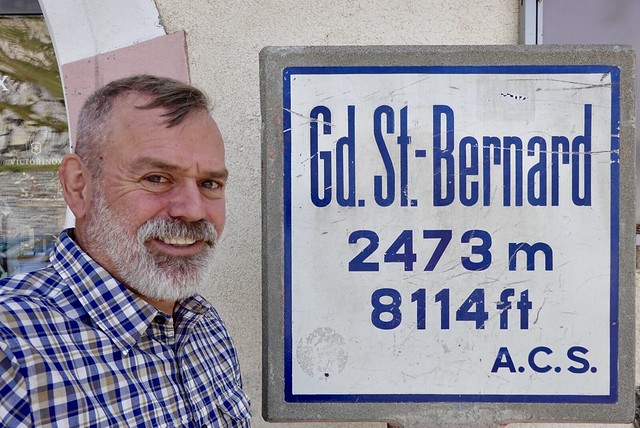 Then it was some peering in the chapel, a beer, and some meandering around the hillside past the morgue, where the bodies of those who died on their way up the pass were stored. No, the morgue isn’t used anymore, but there’s a remembrance plaque marking it. 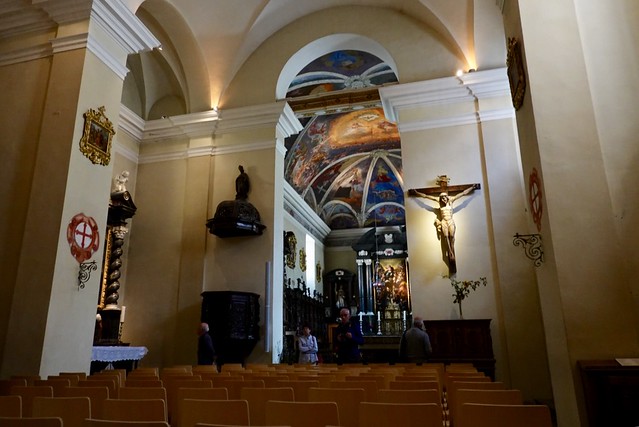 Chapel at the hospice 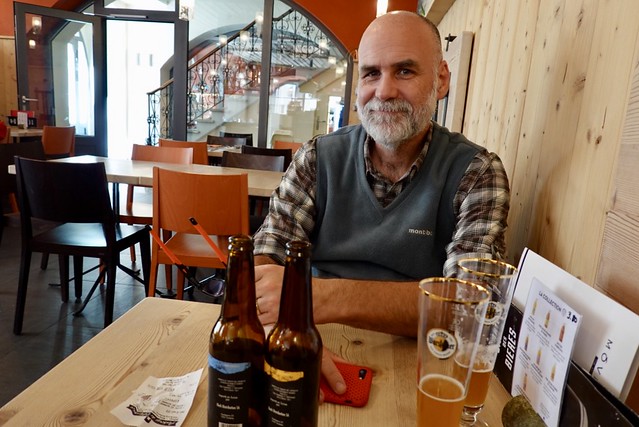 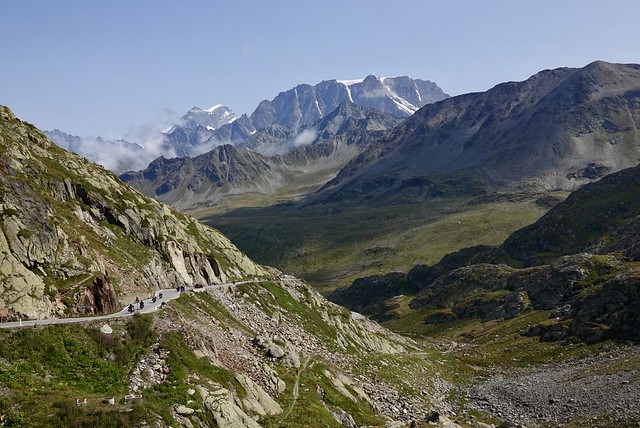 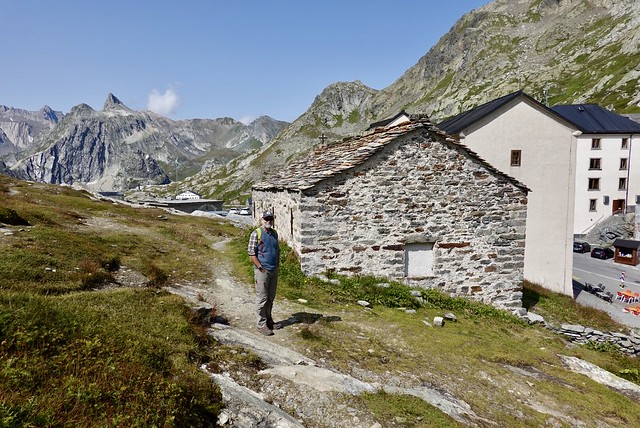 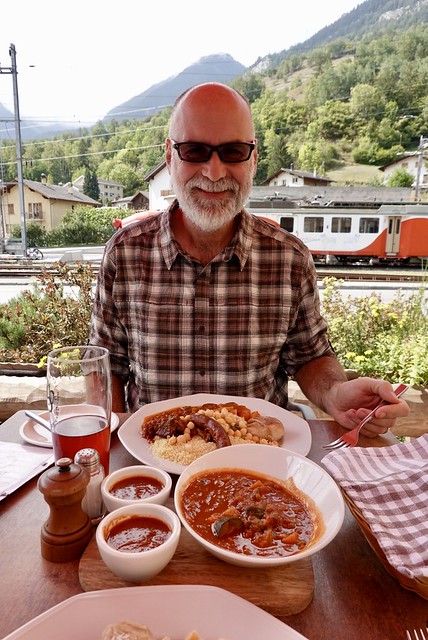 Back down on the bus, and the hotel was offering a great lunch of couscous. We ate, I had a nap, we ate again, we slept. Very pleasant and low-key day that we both enjoyed immensely. 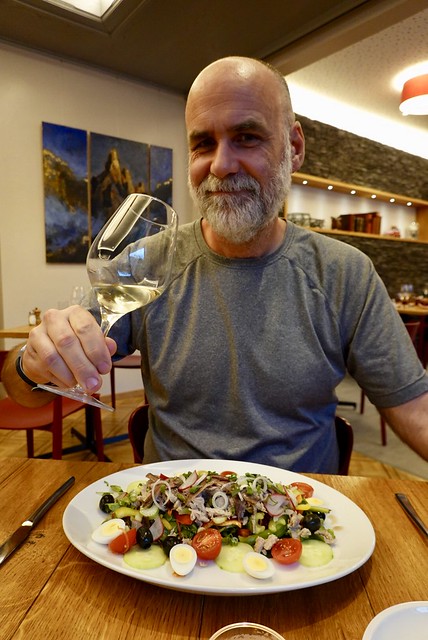