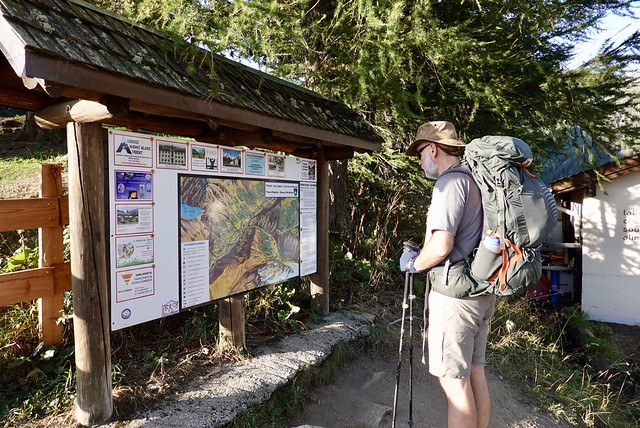 So we were pleased that the “official” route would be easier... and set out just after brekkie up a slop. It’s only 400m elevation gain, right? Uh, no, it’s 700m up and up, this time in chilly forest with a bit of mist, with rocks and roots. Ugh, OK, we get what these trails mean now. 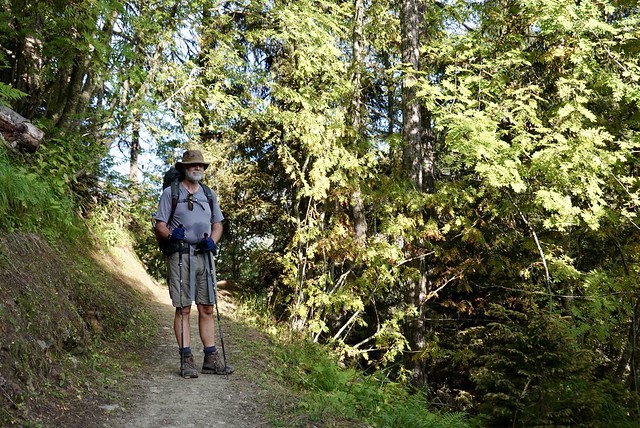 But at the high point, after the climb from 1300 to 2050m, we left the treeline, and a few minutes walk away we saw a little refreshment stop, the Alpage du Bovine, and stopped in for a coffee and a pastry around 10:30. 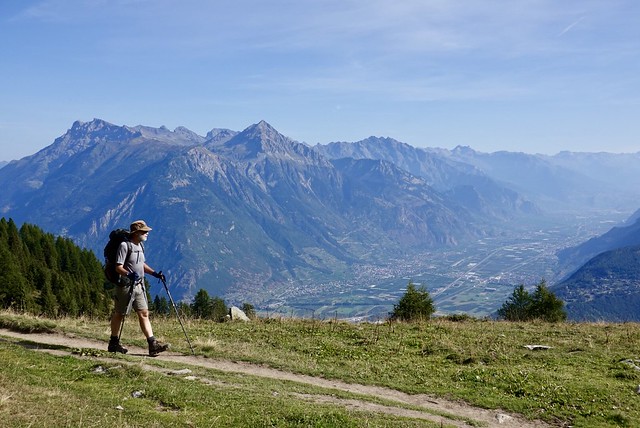 Above the Rhône Valley 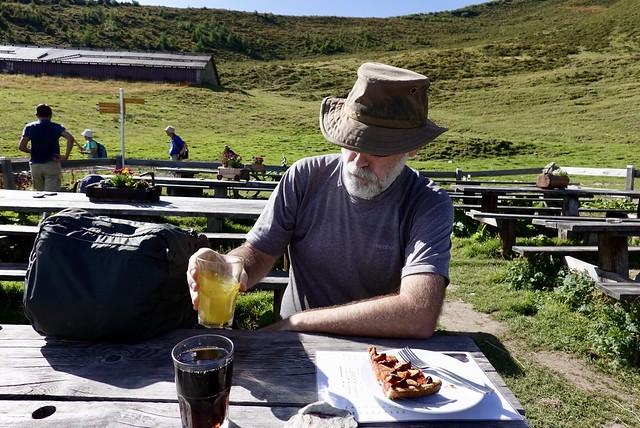 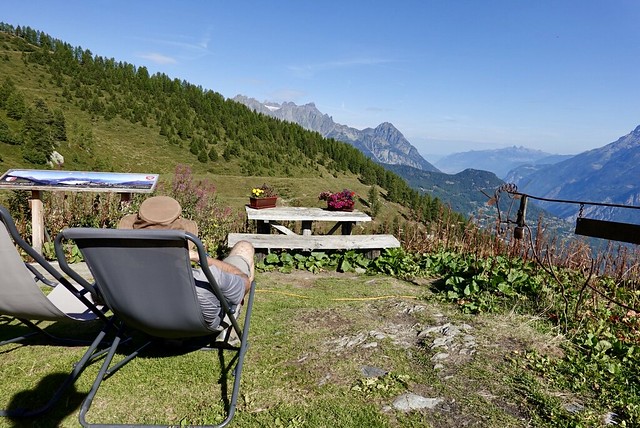 It’s in a super pleasant spot, high on a shelf overlooking Martingy, and the faint mist had cleared up allowing a view all the way up the Rhône Valley, with orchards and grapevines far below. And my is this country steep, really steep, like that same steepness you might see behind Salt Lake City or Palm Springs, but it goes on and on as a valley rather than just a front of mountains.

We watched a few mountain bikers pull up for refreshments (and a few cigarettes, ack, yeah, this is Europe, polluted with tobacco smoke) and a few runners pushed on by. This weekend is the TRMB which I think means “trail run Mont Blanc”, a run that circumnavigates Mont Blanc through France and Switzerland and Italy, one that requires three days to complete. There are also some other runs as well, it’s all just a bit confusing—and even though I completed that marathon last year, I know it’s definitely Not For Me. 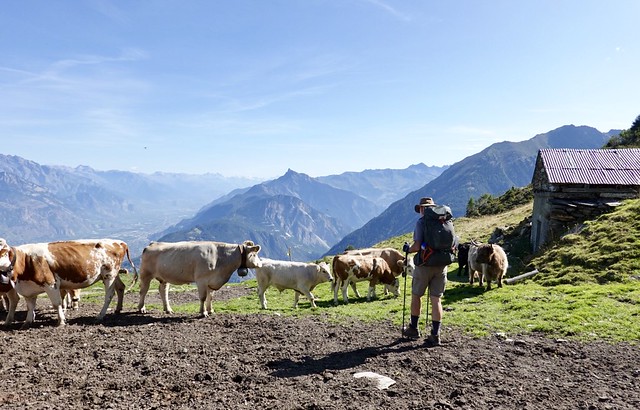 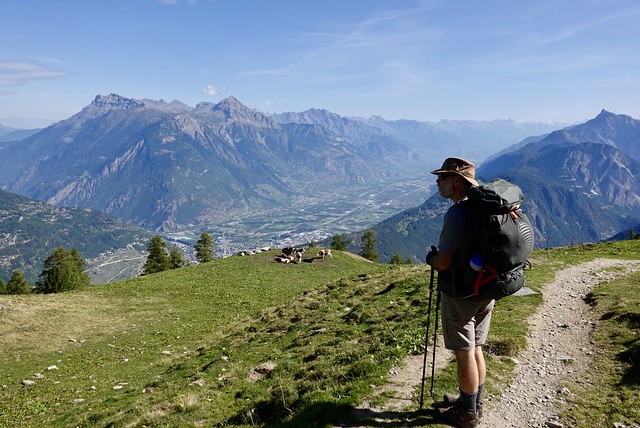 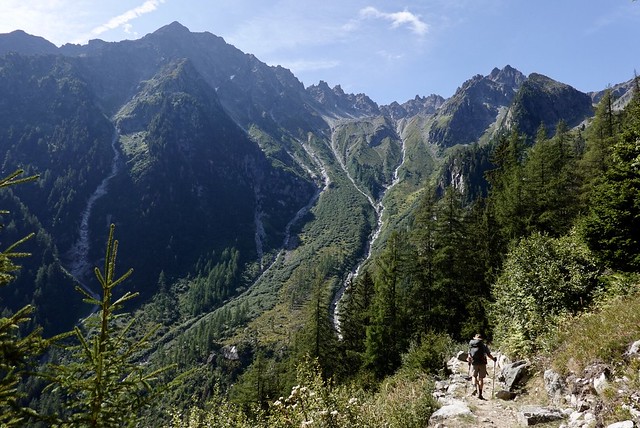 From our little stopping point, the trail gently wound down the mountain, then suddenly dropped steeply down, ugh, and we encountered a fair bit of folks coming up. I (unknowingly) stepped over a black snake that made Chris exclaim a few meters later “you didn’t see that?” and I wondered if Switzerland has poisonous snakes (it does, I stepped over something called a ‘black viper’). 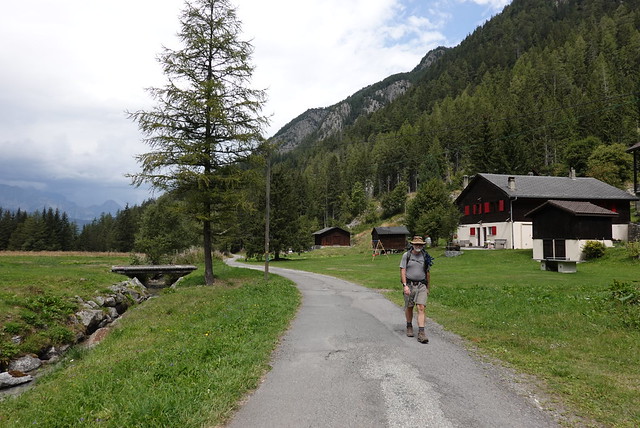 Finally, we made it down to a valley with a road and chalets, and then road-walked a long ways uphill (gently and interminably) to Champex-Lac. We arrived around 2 and walked over to the Jardin Alpin, a pleasant little garden growing mountain plants from all over the world. Our visit was brief—a thunderstorm had clouded the day—and moist, and the bus wasn’t for another hour plus, so we found a cozy tea room to hide in, and discussed plans. 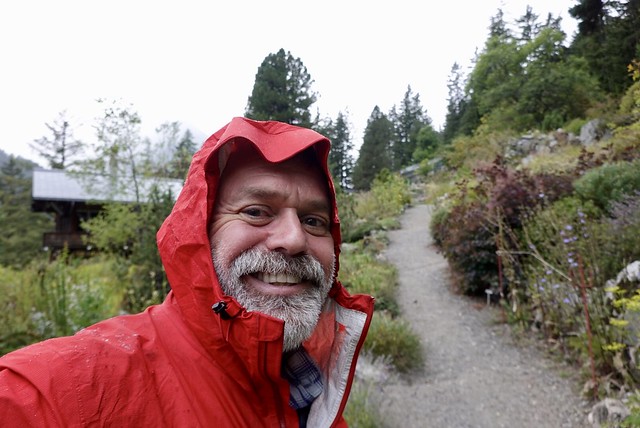 A bit of rain 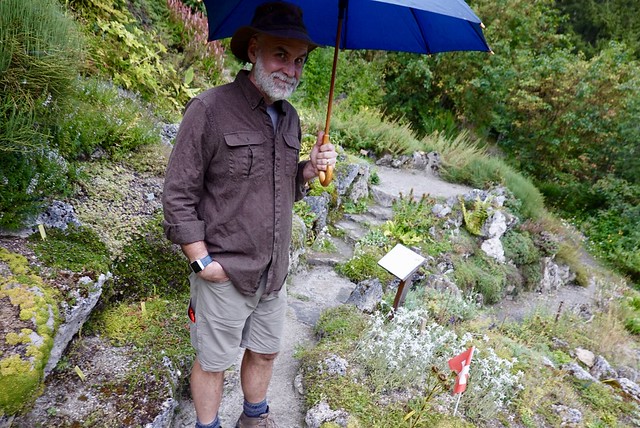 at the alpine garden in Champex-lac 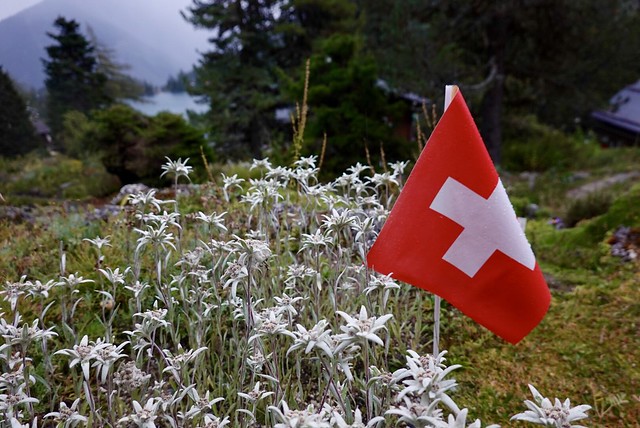 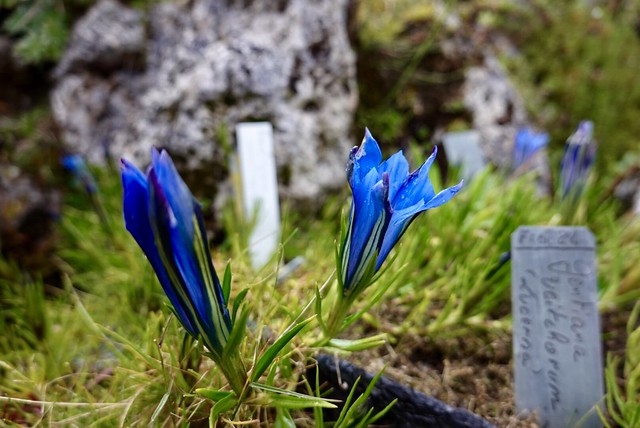 We’re both more beat up and tired than we thought, and the weather’s turning. Should we continue on? The next segment to Cabane Brunet doesn’t look overly compelling, and we can bus around it by staying an extra day in Orsieres to rest up then catching the last 4km of the trail to the next next place, Cabane Louvie. Uh, that’s a no brainer, so we decided tomorrow was a zero, then caught the bus down to Hotel Terminus in Orsières. 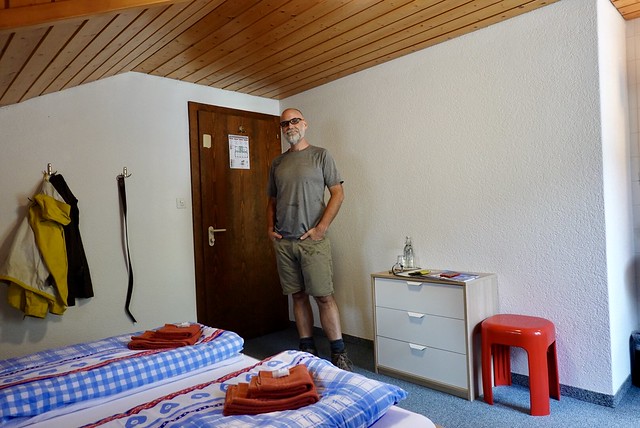