A fun day of advetnure: boat rides and cave tours and swimming in the clear water. 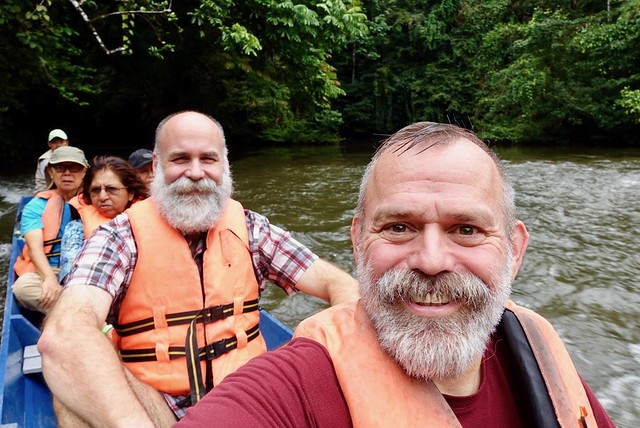 Up the river to Clearwater Cave

Breakfast, 0630, first seated... and oh my is this a spread. There wasn't just the sad cereal dispensers and milk and a toaster, oh no, though they were there for the kiddies. This was a full-on grown-up breakfast, with nasi lemak and an omelette station and spring rolls and steamed chicken dumplings and fresh starfruit and vanilla muffins and those mee noodles and chicken sausage and heaps more... easily the best breakfast buffet I've had in a few years.

We were powered up for the days tour of Clearwater cave, ready for the 8:30 shuttle, but what? We're not getting in the bus? Nooooo we're going upriver in a long plank boat, inches above the water, with two other couples--the husbands went to school with each other years ago in KL, now one lives in Sydney (Australia duh) and the other in Malacca (as in peninsular Malaysia). Fun to see old school chums get together again with their wives, and hear a few old stories about their school days. Made me kind of wistful of times past; I'd guess they both were probably born British but now have changed citizenship once, maybe twice? Who knows, the world is changeable. One amusing thing: one of their classmates was the Sultan of Brunei. We'll be visiting his country in a couple of days.

Long boat motored up the river, stopping at a longhouse built for the indigenous Penan people, looking like a long concrete block school house. We were shown over to the handicraft section, lots of beadwork and baskets for 40 or 80 ringgit that I have no use for, nor the Jesus crosses. I used to be rather... angry... about missionaries, pushing their view of the world onto the locals; then I realized that was condescending both ways; it's just the way of the world. The missionaries aren't necessarily evil, the locals aren't necessarily naive. I"m not really one to judge, is there really one right and correct and proper way that one culture should adapt another's? I think to Japan; is it Westernized? Advanced? Uh no, yes, maybe?

Anyways, we took pictures of the very loving kitten (with the bobbed tail like the other cats around here, what's that about?) and headed back to the boat, spotting the Christmas "tripod" next to one of the buildings, three poles wrapped with garland and ornaments. Talk about cultural transmission--who first did that to a tree? Germans? Swedes? Now here it is in the rainforest on Borneo, signaling the start of the 'festive' and holi day season and the new year.

A few more minutes and we were at Wind Cave. Off the boat and up the steps--the first bit of the cave was, well, cavey, and then we walked under this collapsed 50m chimney, and it got so much better as we approached the area known as the Kings Chamber, filled with floor to ceiling columns. Once again, both of us were really impressed by the infrastructure, wonderful wooden walkways with anti-slip battens, great lighting, and even anti-touch plexiglas in spots so tacky tourists don't leave tacky fingerprints on the formations. I've never seen so many floor-to-ceiling columns in one place in one cave. It was great.

Wind Cave was just part of the larger Clearwater Cave System, with some 120km+ of passages, and you could actually walk underground the 8km to the main entrance for Clearwater Cave, but we opted to head back to the boat and scoot upriver some 500m to the official starting point... and official it was, with a broad picnic deck-and-shelter and flush toilets and even a stairway down to a sandy river swimming hole. Again, the facilities here are top-notch.

We scrambled up to the cave entrance--not as gaping as Deer Cave--but unlike Deer Cave, there was an actual 5 meter wide river running through the cave! The trail wound up and around and along a notched section of river, across a bridge, then to a dock where adventure caverns could disembark from wherever they started out at. Another climb inside the cavernous room, then along a shelf and back out. That river really made this cave. Wonderful. 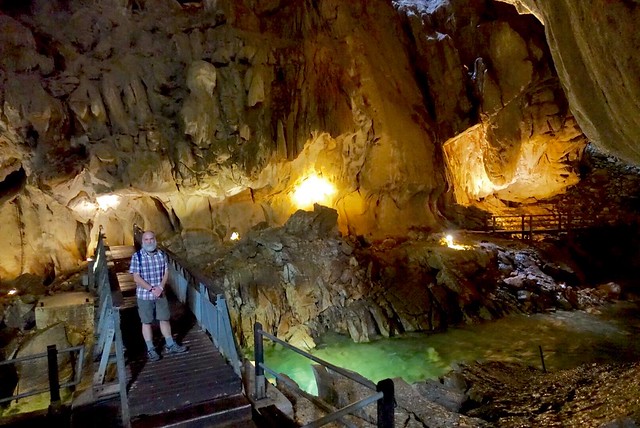 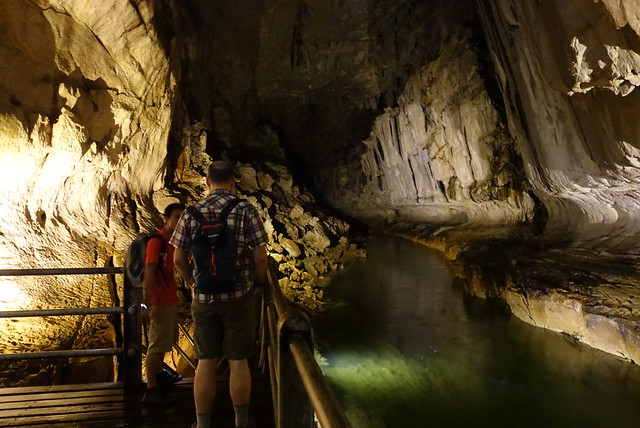 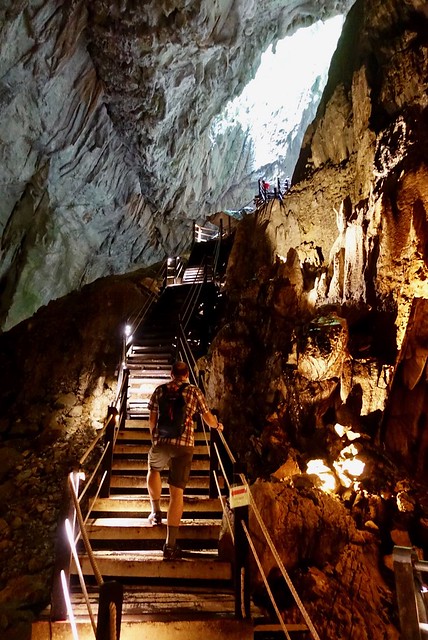 After the cave, it was lunch time, but first, well, we were sweaty, really sweaty. Why not take a swim in the clear waters emerging from the cave? Sure, can do, we changed into our swimmers and oh it was cold but great--cold meaning the water temp was 23c/75F, which is just perfect. I enjoyed it a lot and explored the river a lot, Chris was cold (sniff). Weirdly, the stream emerged from nowhere, a deep hole in the ground; I waded up there and could feel it coming out of somewhere in the limestone caves we just walked through. 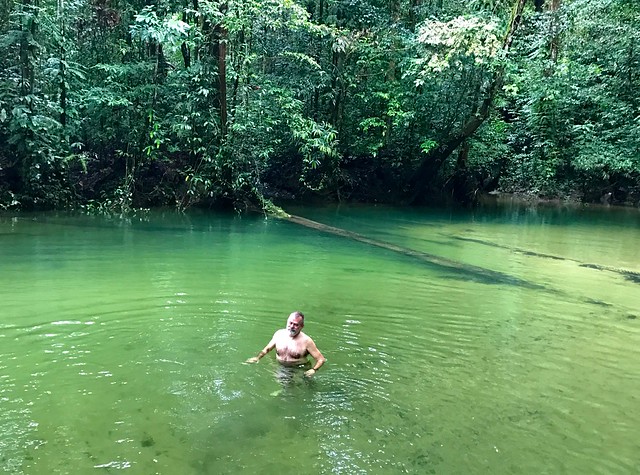 We ate the late lunch, chatting with our walking companions, and I went for a second swim. And back to the hotel/resort, a couple hours nap and a couple of Tiger beers as I looked through pictures and wrote a few belated posts here before dinner and bed.

Ahhh, what a fine day.