It was warm Easter Sunday, and I felt like hiking somewhere close, so I told Chris I'd head out the front door and see how many wildflowers I could find in Balboa Park a very short walk away. My route was to walk through Morley Field and down Florida St to Pershing Drive, then return, a 4 mile walk or so. 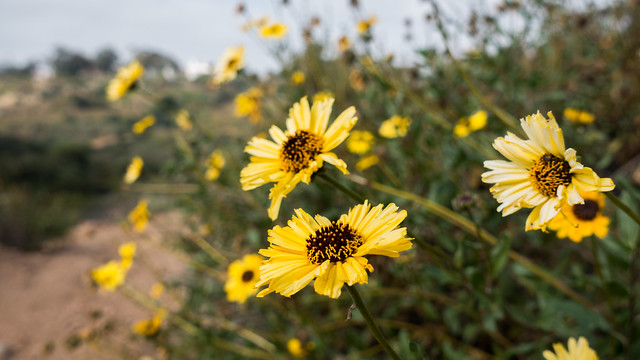 Heading out the door, I was thinking I'd see maybe 20 different species, and I decided I was only going to take pictures of native plants (and common weeds) that hadn't been obviously planted--along my walk, there are a few native plant demostration garden beds as well as some land restoration plantings. 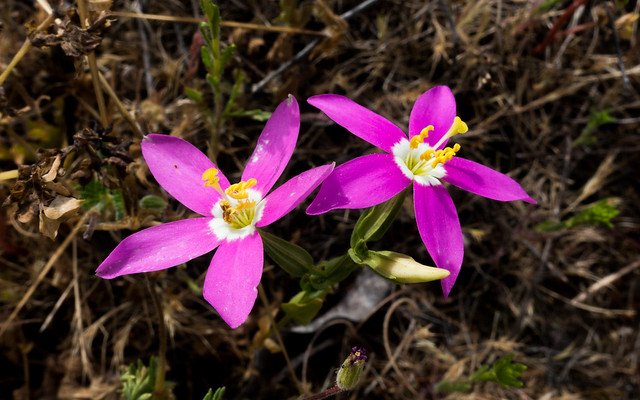 The eastern side of Balboa Park hasn't really been fully developed, and there are still several pockets of native scrub that have never been touched, except for an occasional brushfire. I go running through that part of the park often, and thought it'd be a good day to both document as many species I could find that were in flower or had obvious fruit, as well as practice some very close-up photography. It was kind of like a class assignment for myself: "you must submit one picture of every native species you see, whether it's a good picture or not." Most of the pictures turned out OK, and I really liked a number of them.

Even though I often go to the park, I was really surprised at some things I found. Dodder, for instance, looks like orange silly string, it's a parasite that just has stems and sucks juices out of its host plant. I knew that much, but I didn't know it also has small white flowers, and it's in the morning glory family! I also didn't expect to see a Catalina cherry in full-on bloom, or fringeflower so early in the season. And I even saw an Easter bunny.

Photography-wise, I was really looking to figure out how to get better focus. Should I shoot with a tiny pinhole aperature so more of the flower bits are in focus? How can I get good focus when the flower's blowing around in the breeze? And how I can preserve detail in yellow and white flowers? That's kinda what I was monkeying around with.

Anyways, that's all I set out to do. It was a fun morning. Here's a plant list, and then the rest of the flower pictures follow. Fun times.

In the end, I saw 8 non-natives and 42 natives. Some of the natives are dubious and look planted, like California poppy and Cleveland sage, so I left them off the list. Maybe the completist in me will identify them all one day.

And now the pictures. 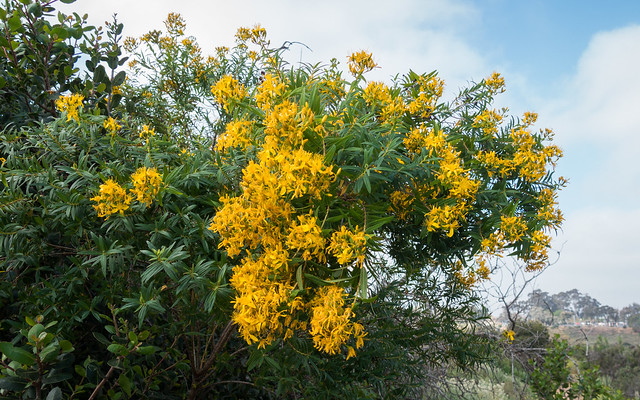 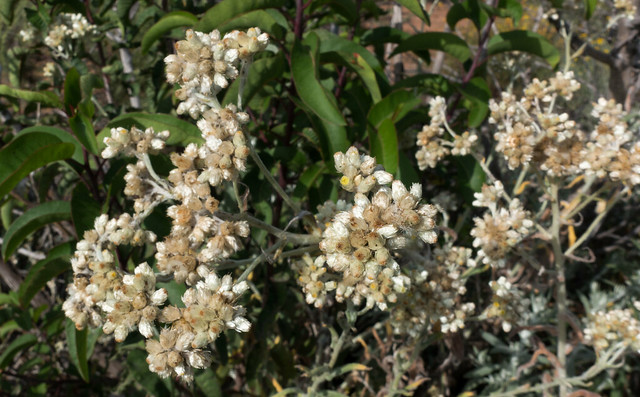 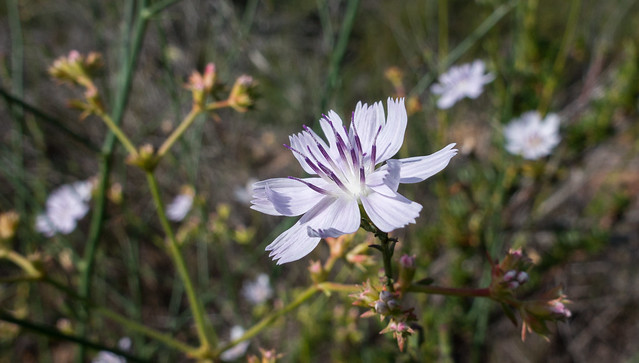 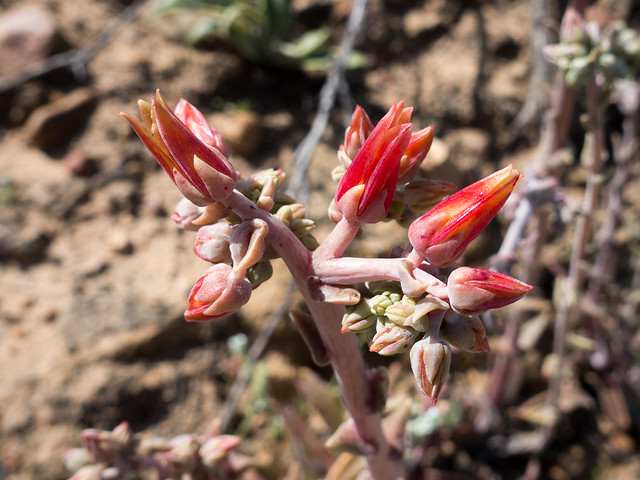