Get up early! Get out! Surprisingly, the four other bunk mates in our hostel room did not snore or rustle or make a peep--we both felt great, and dutifully lined up at 7.15 for gruel, which was unexceptional: an egg, some cereal thingy, some coffee. I don't know how much it cost, but I suspect $25. 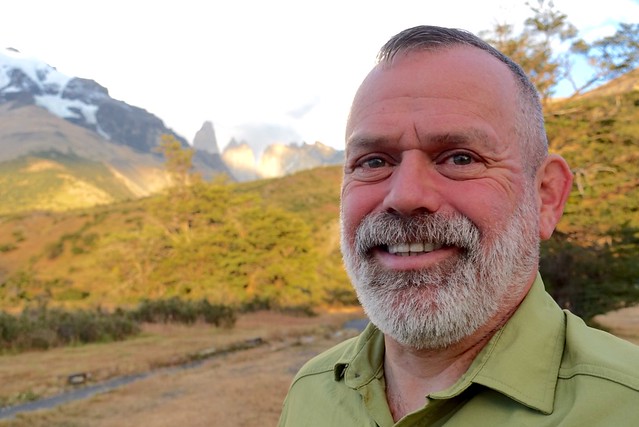 We picked up our packed lunch--una naranja, un sandwich, some chocolates from Nestle and Natures Valley, and GTFO. It wasn't that bad of a place to stay, it was just that there were a hundred other people around. That's more than enough, so we set out ASAPly at 8:00am. 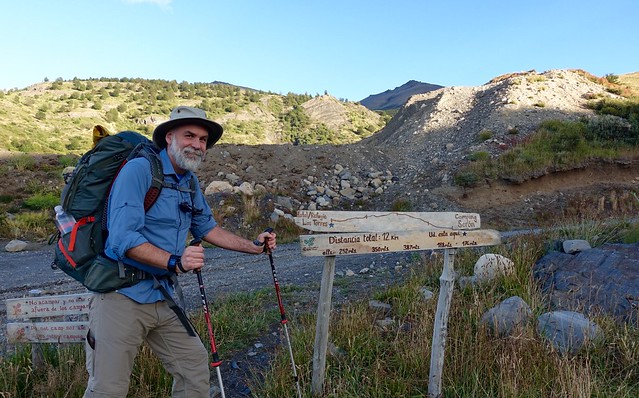 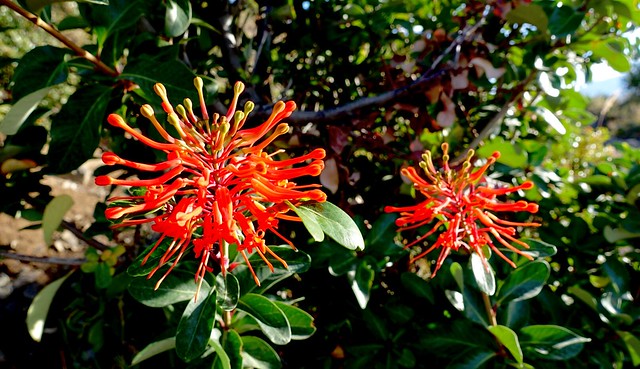 This is a long but flattish day, supposedly, 7 miles to Camping Seron, 12 miles to Refugio Dickson, though the maps all had contradictory numbers. Is it 4 hours to Seron and 8 to Dickson? 5 to Seron and 6 to Dickson? WTF, just do it--and the weather was strangely cooperating. When we left Torres Central hostel, it was 62F/17C out, with a dry breeze from the east. This is not the cold Patagonia we expected at all. We found the trail, and just started heading north--the breeze died out, so we were walking in this dry warm sun, feeling more like an early morning hike in Arizona than something in chilly Patagonia. 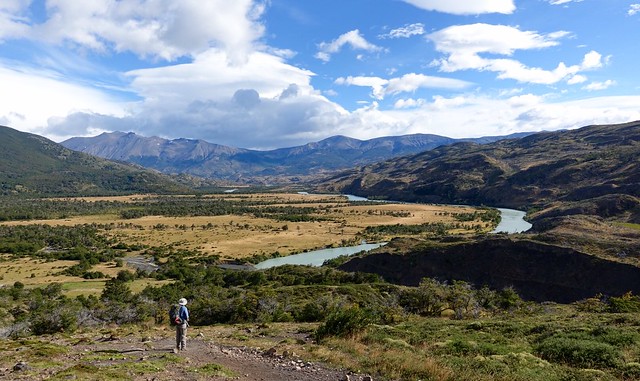 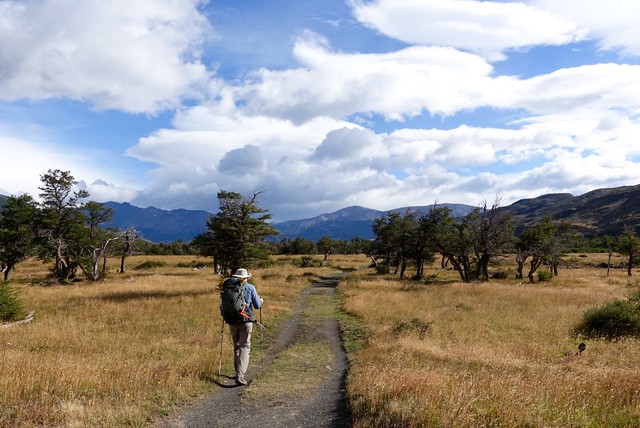 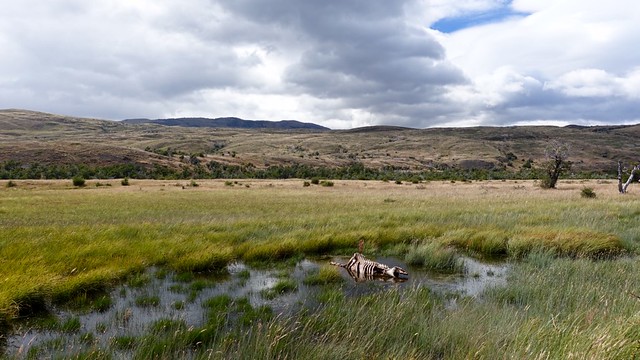 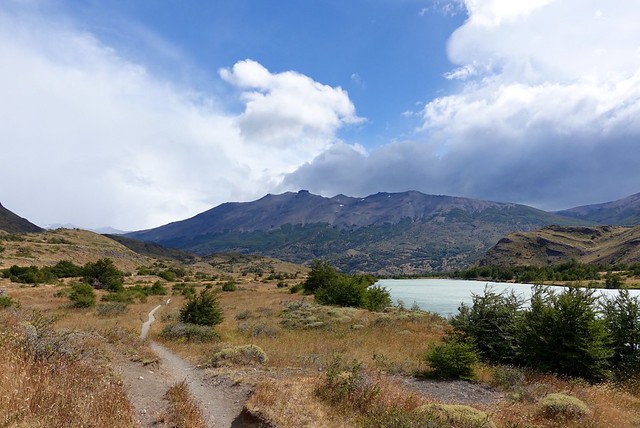 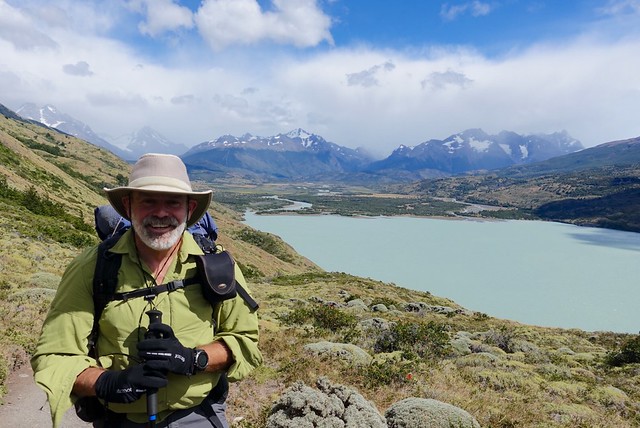 The trail braided and twisted its way for several miles over the eastern shoulder of the Paine massif, through open fields and nothofagus glades, it was all very pretty and seemed very odd and unexpected. After awhile, the trail broke out into a view over a fantastic valley; many pictures were taken, and we crossed the valley to our lunch stop in Campimiento Saron. 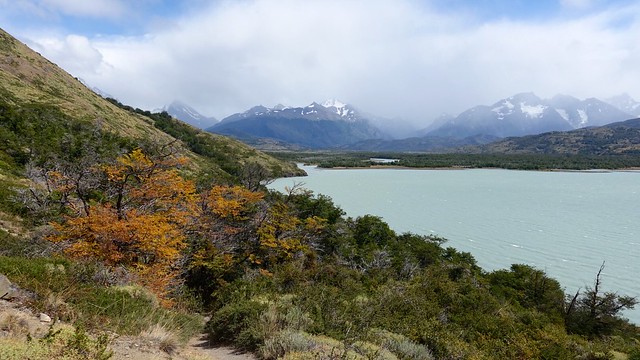 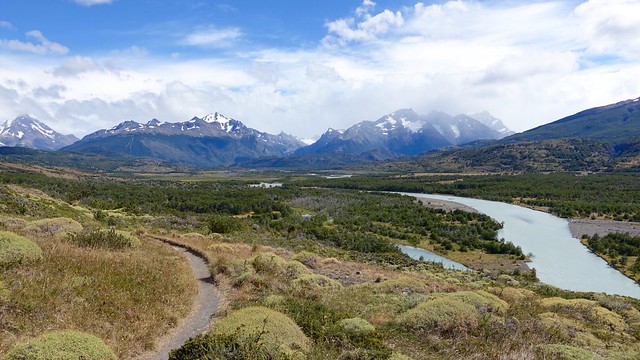 Seron felt functional: a kiosk, some sheltered tables, but not any place to linger. Our sandwiches were super dry--meat in between two bread slices, and the orange was mostly edible... And the green apples were very in ripe, sour-ass apples that made you pucker and wonder why they were ever picked. Bleck we left them on the table. 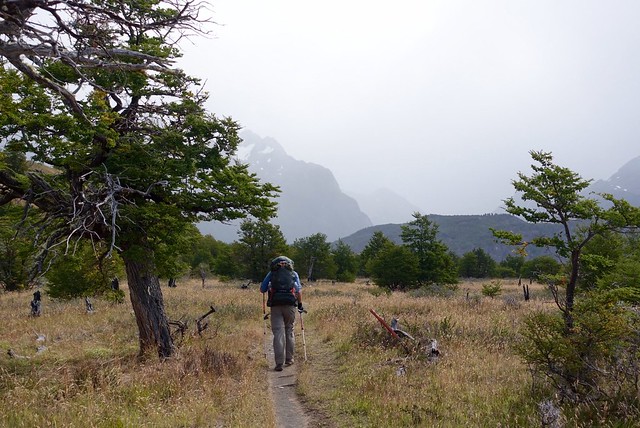 Past Seron the trail wandered north then west, into the drainage tha holds Refugio Disckon. The wind had picked up, first a little bit, then after a hill climb it was BAM full frontal gale force winds, pushing you around the trail, trail gravel sandblasting my bare legs. The views, though, were stupendous, a broad flat river valley with a twisted turquoise river threading through, steep black mountains with white patches of snow to the west. It felt raw and inhuman and I really appreciated it. 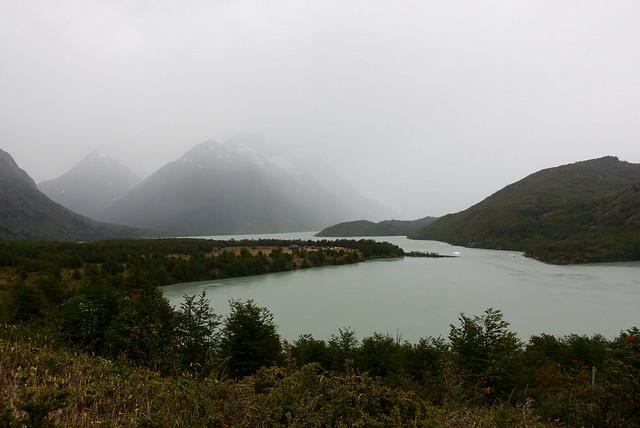 We came upon a CONAF ranger station, took a break, then headed on west. By this point we were feeling a bit tired, Chris somewhat more than me, but I knew I could just push through it and walk to Dickson even though I really didn't care to... What was I going to do, camp along the trail? Nope. The heat contributed to the malaise--I didn't expect temps in the upper 70s here in Patagonia, with the 40mph wind howling off the glaciers just west--but it was most certainly hot, and we were bothered. 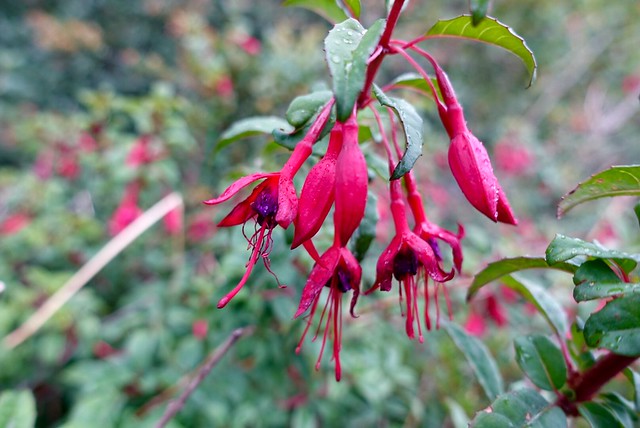 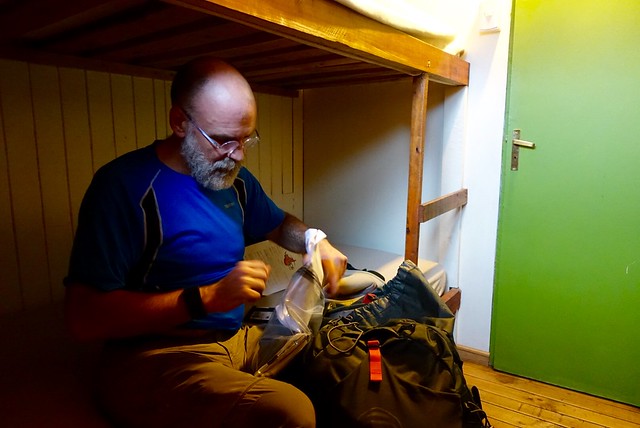 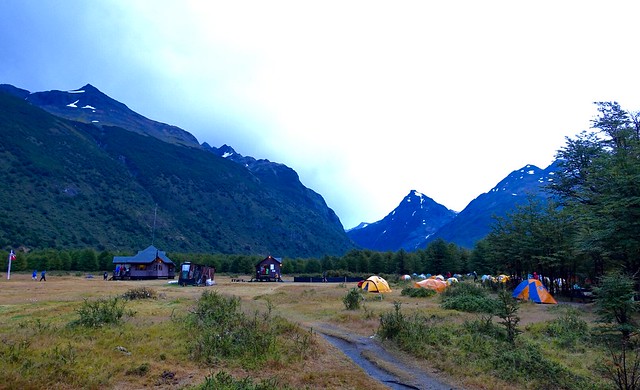 As we closed in on Dickson, though, the temperature dropped rapidly to 59F/15C, and the sprinkles we felt all day turned to showery rain. We put on the backpacks and hoofed it on in, enjoyed a shower and a surprisingly delicious dinner of chicken and tomato/palmito/parsley salad, drowned the last bag of wine because we didn't want to carry it anymore... After dinner we wandered to the lakeshore and found this fun-looking iceberg melting. 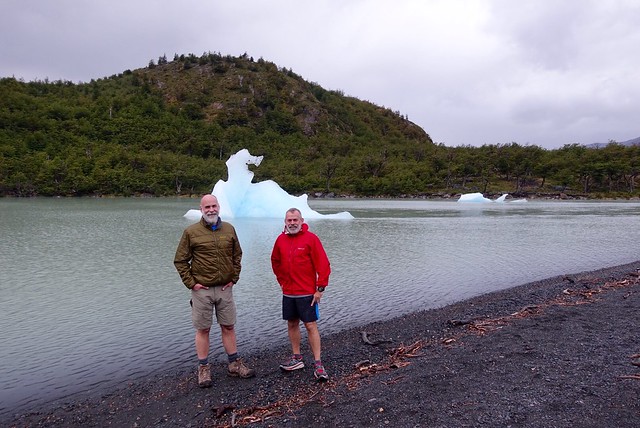 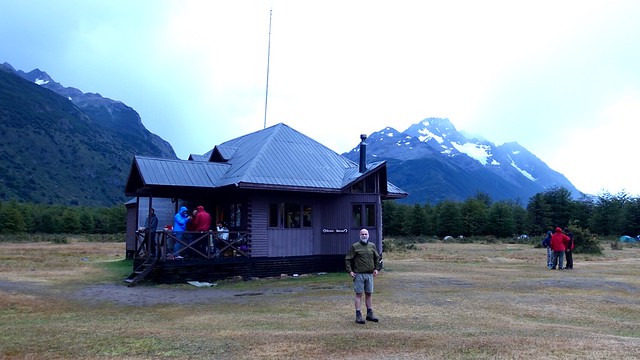 And slept, just two of us in this 5 bed room in Refugio Dickson, yay.