dan.marmot.net
< To the Waptus River Into Stevens Pass and Skykomish >

Another great, warm day in the Alpine Lakes wilderness.

Once again, I was lazy, and didn't get on the trail until after 8:30. Ah well, today is just 18 miles--there isn't much point in getting into Skykomish too early, though it might be easier to find a hitch. Something tells me that won't be hard, as there's a major trailhead right there at the pass, and a lot of hikers and people at Stevens Pass will be heading west down towards Puget Sound City.

It was surprisingly cold last night, down to 43, and I wondered why, and finally realized there wasn't any dew on anything. It's just really dry right now... and as I made breakfast I could feel the air warming up as the sun baked the forest, and then a hot gust blew up the canyon. Once again, very weird for this part of the world. 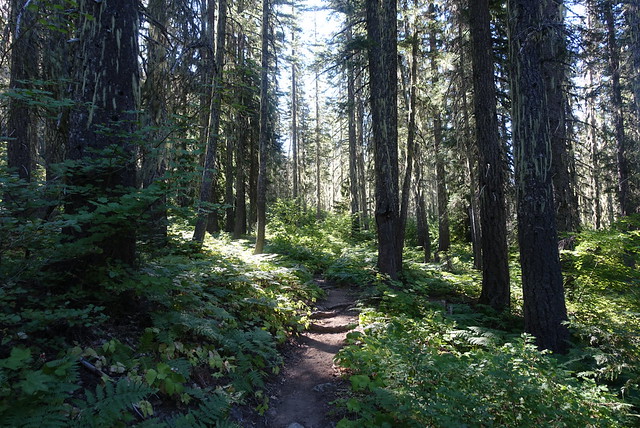 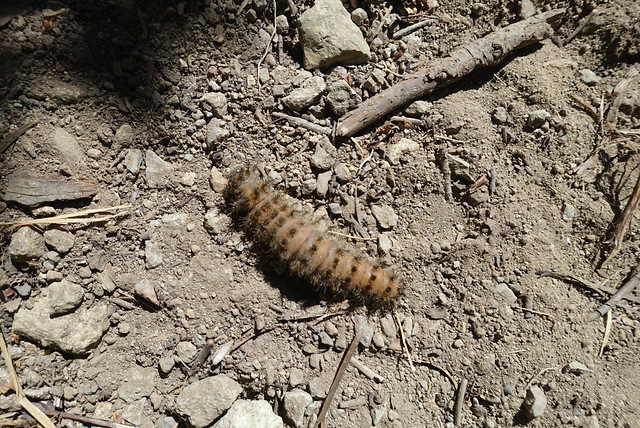 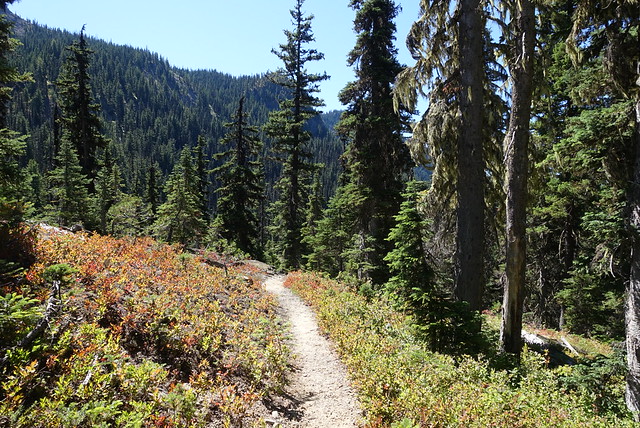 The trail was just more of that steady moderated uphill, with occasional views--the trail was confident and knew what it was doing as it guided you along, up and up. I leapfrogged through a Boy Scout troop, like passing Winnebagos on the highway, which took quite awhile... then ran into a couple of stockmen and leading their three horses just when I was finished with the Scouts. The first horse did not want to go anywhere near me, standing 15 feet uphill, until the guy leading that first horse said quietly "Take off your hat", and the horse suddenly was calm and mellow and had no problem cruising on by.

I stopped at Deep Lake for a long lunch--gorgeous--and made yet more water. It was 88 degrees in the shade, and I was going through about a liter of water every three miles, yet I wasn't feeling soaked at all. This is way more water than I usually drink; I'm happy there's a fair bit of water around. There's still less water than I expected though, and if there isn't much rain in the next few weeks other PCTers heading north are going to have to carry more water than they really want. 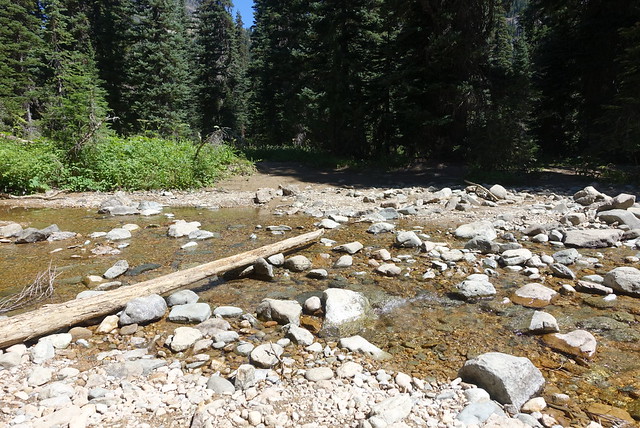 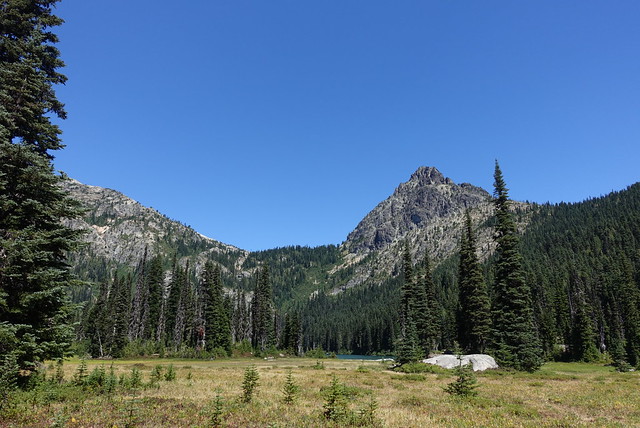 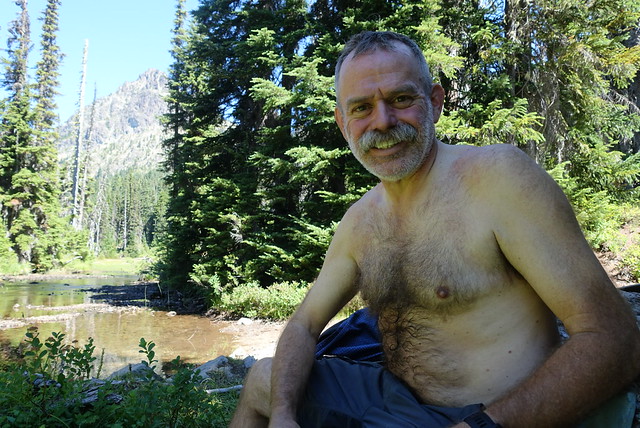 Then the trail went up and around Cathedral Rock or Peak of Mount or somesuch, down into the head of the valley where Hyas Lake sits, then back up to Deception Lake. I made dinner, watched a young buck stroll around my tent eating grass, and even managed to nod off just after 9pm. That's all. 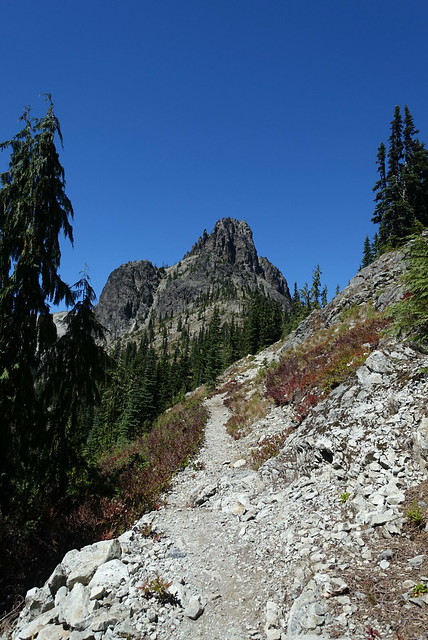 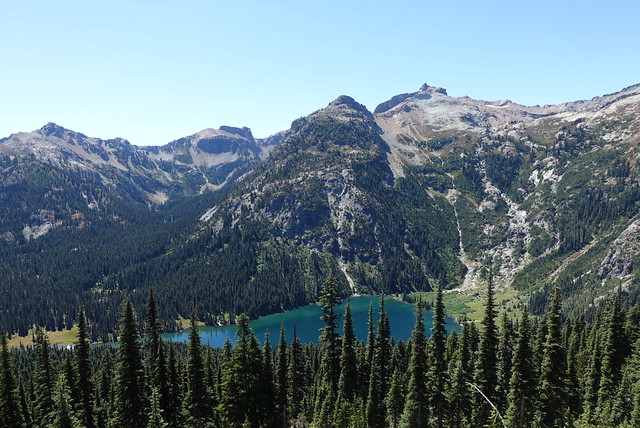 Looking down on Deep Lake 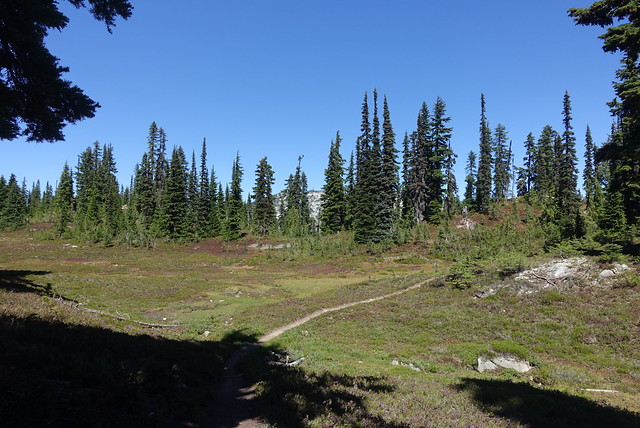 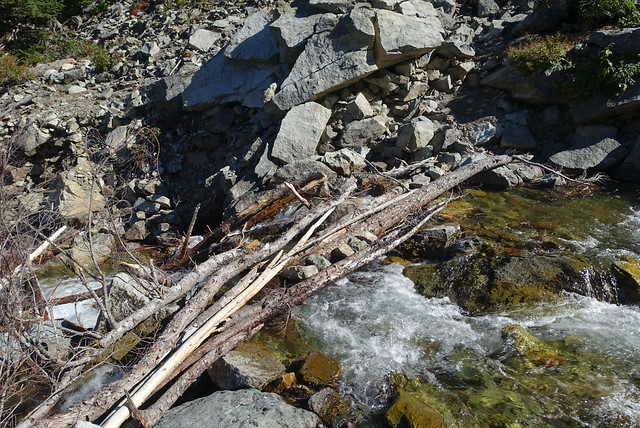 Thanks for the logs! 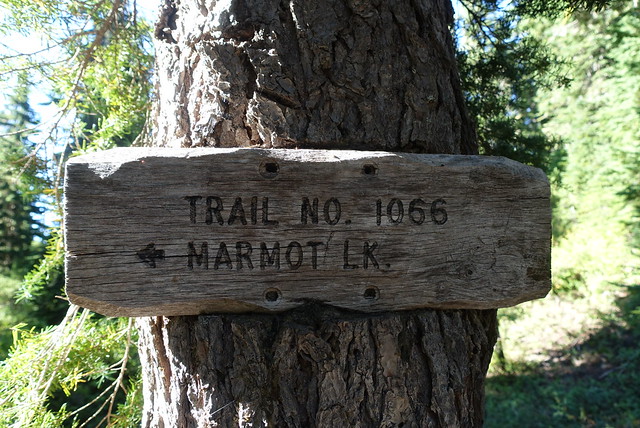 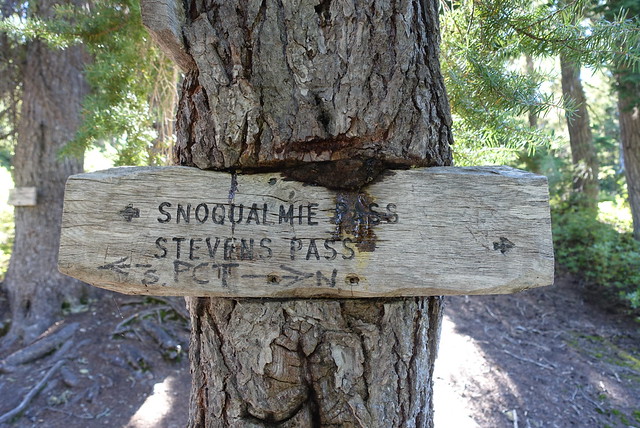 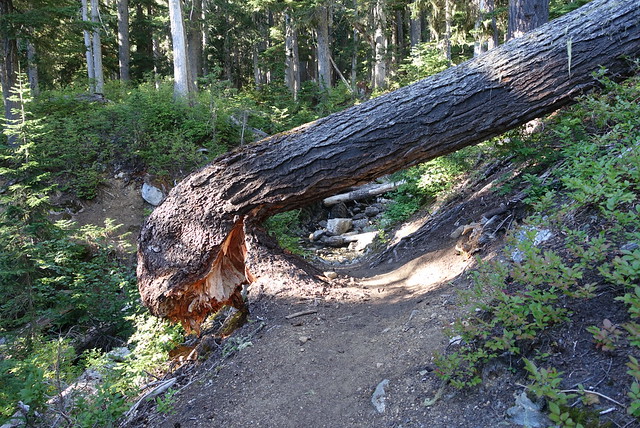 Scary tree to crawl under 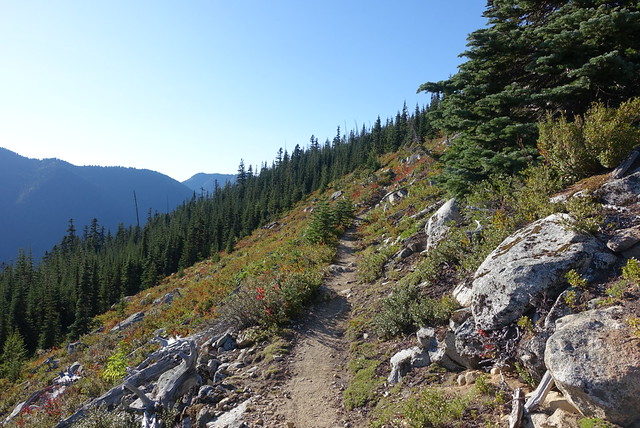 PCT along a hillside 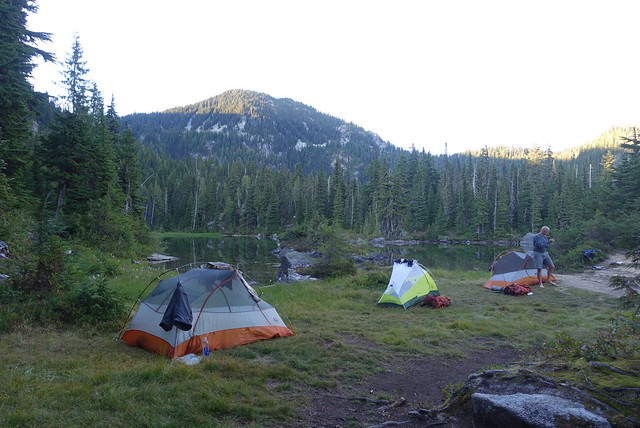 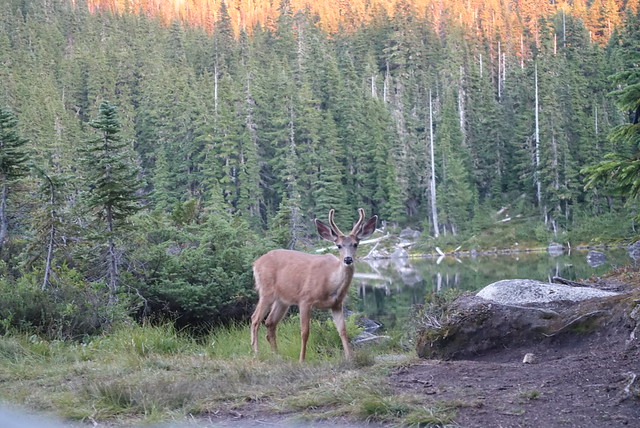 < To the Waptus River Into Stevens Pass and Skykomish >