dan.marmot.net
< To Deception Lake Into the woods (and back out) >

There actually isn't much to report today. I got up early, and was on the trail at 6:50am. It's a town day, yay, and I wanted to make quick work down the trail before it got too hot. 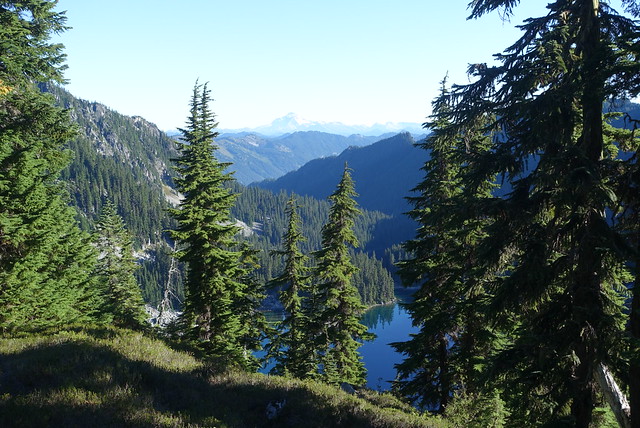 The trail today was kind of a roller coaster: lots of very steep mile-long sections, going up and then down, then level, then up and then down. Plenty of scenic views, and as I got within ten miles of Stevens Pass trailhead, there were plenty of hikers getting a jump on their weekend as well. For some reason there were lots of salmonberry bushes along the trail, I once again learned that they look tempting but aren't really that tasty. 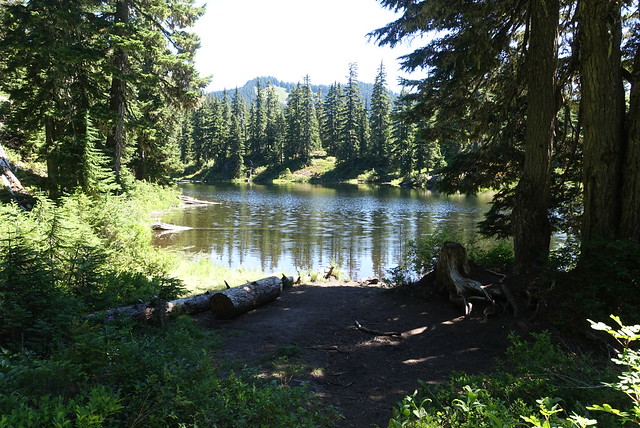 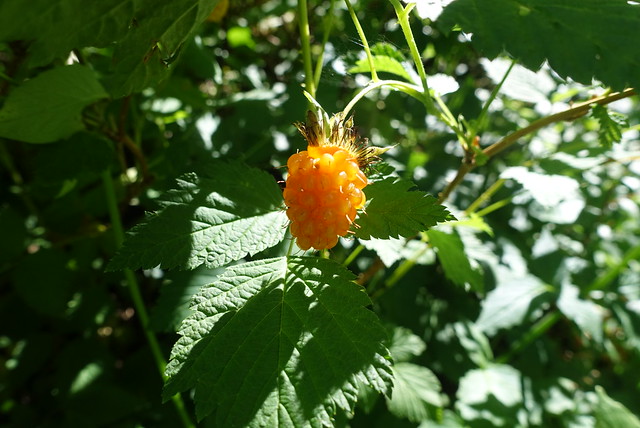 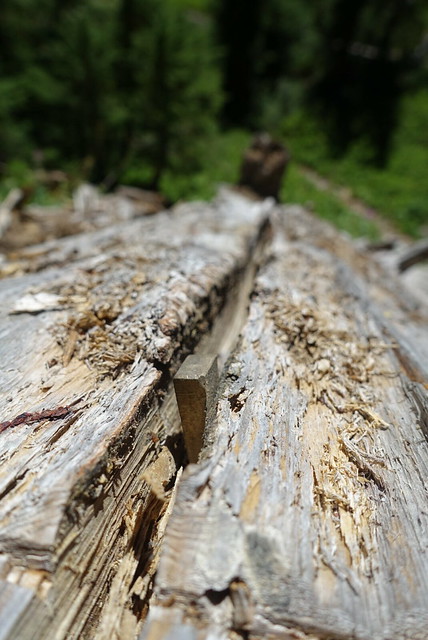 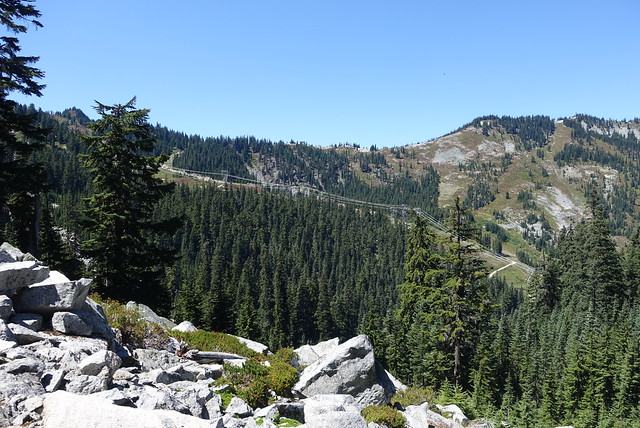 I did bump into Bipolar on the trail as he was resting, greeting him with "Paul!!" and chatted for a bit. He was hiking with a buddy named Lyle, and heading into Skykomish as well. I kinda expected to see him in the evening, but didn't see him, ah well. 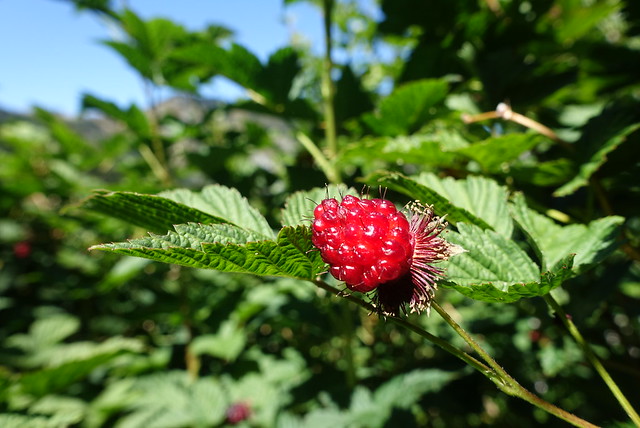 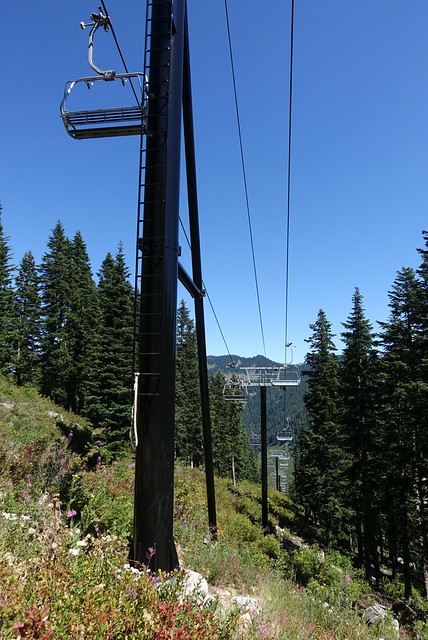 Not a ski day

I followed the trail down to the parking lot, past the Stevens Pass Resort, then said "Hey, I deserve a beer on this hot day", and treated myself to a beer. There were lots of mountain bikers around, I got to chatting with one of them about everything. It was a pleasant afternoon of not doing much; I might just hit the place for lunch before heading out tomorrow.

Around 5 I wandered down the steps to the parking lot and asking folks for a ride and got one quickly: the simple "Hi, I'm looking for a ride down to 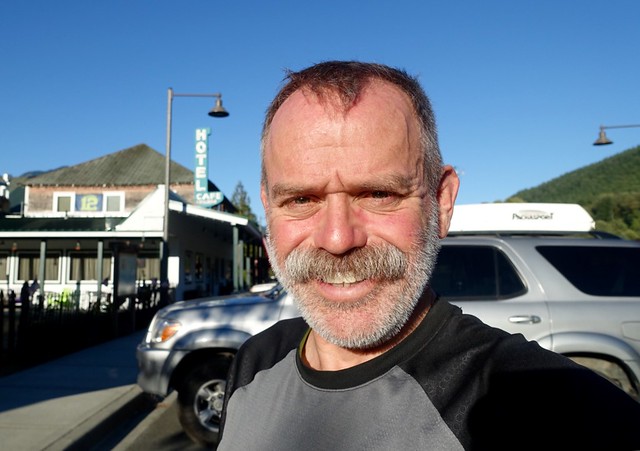 Hello Skykomish and the Cascadia Inn!

I remember visiting Skykomish a couple of decades ago, and it's still very small. My little stop for the night, the Cascadia Inn, was comfy, and I considered eating dinner in the restaurant (pan fried salmon) but the Whistle Stop next door got raves for its pressure cooked fried chicken, so that was a must. Damn was it tasty, a winner. 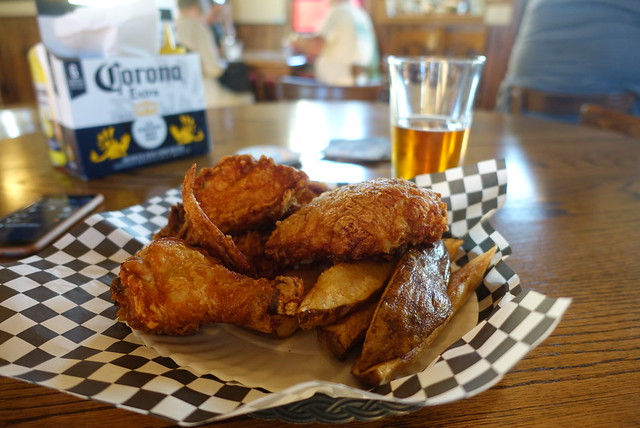 Not much else after that--packed up my pack, surveyed my food, uploaded pictures to Flickr, checked the weather (cooling, maybe even cloudy, maybe even showers in five days) I looked at more details about the fire closure just before Stehekin, about six days walk away, and decided it would either be over or not. I pretty much fell asleep with the lights on at 11. Still have to order new trekking poles and get a Greyhound ticket from Manning Park to Vancouver. The end is near!

< To Deception Lake Into the woods (and back out) >