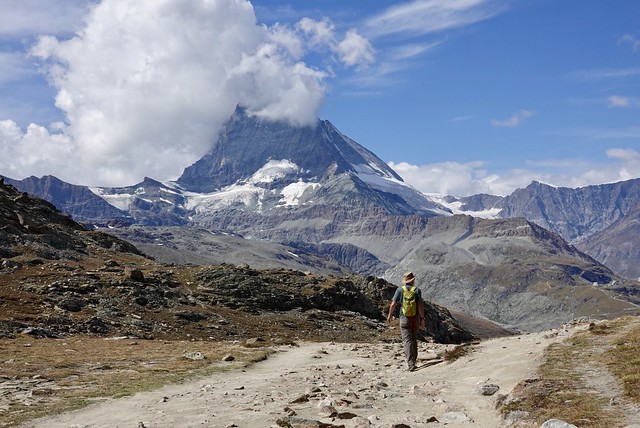 We’re going to use that Gold Card for all it’s worth. It was just 42 francs and gets us transportation all around the valley... but the biggest bonus is the trip up the Gornergrat Express line to the second highest railway station in Switzerland.

I’ve been a bit reluctant to head into Zermatt... it’s one of those resort towns that’s getting more and more posh, with fancy shoe and wine shops and oh-so-many fashion stores and group tourism from the 1% of whatever country you want to name, be it China or the US or (oh, yes) Japan. Ugh. 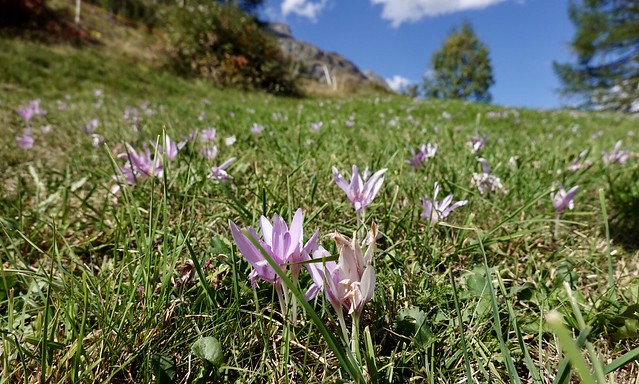 We did the bus down from Graechen to St Niklaus then the train to Zermatt... and then Chris went over to our hotel to ask if we could stay an additional night, yes, score. We just weren’t interested in the Europahut anymore and were looking for some downtime. Craig found a place, then we clambered aboard the train to Gornergrat. 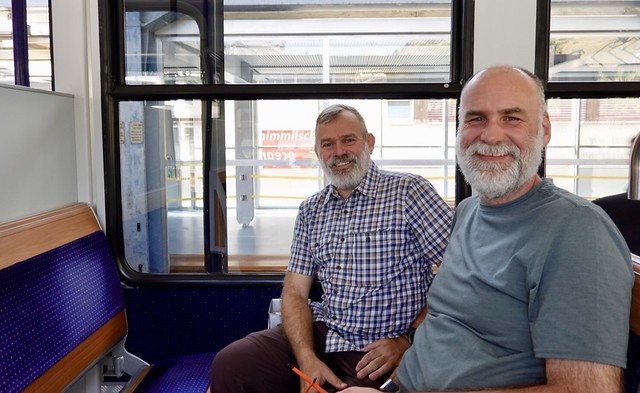 The train is a peculiar old 1890s electric (!) train, running on a 3-phase system with two overhead wires and the rails as the third conductor (geeky and very uncommon, but really reliable)... and the track had a cogway down the middle to prevent slippage. The steepness of the tracks really became apparent after the first stop as the trail climbed a steep incline under a snowshed. 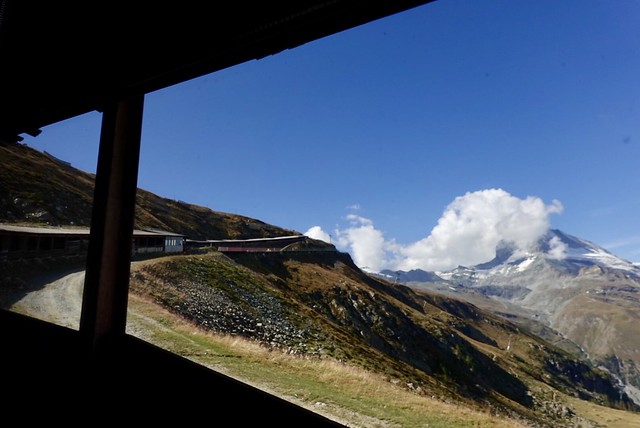 Snow sheds on the Gornergrat line 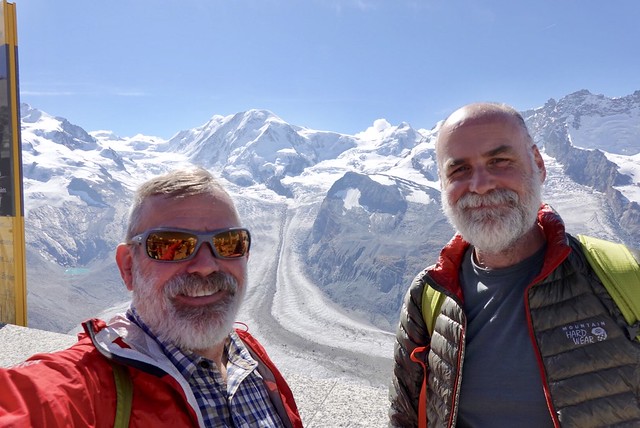 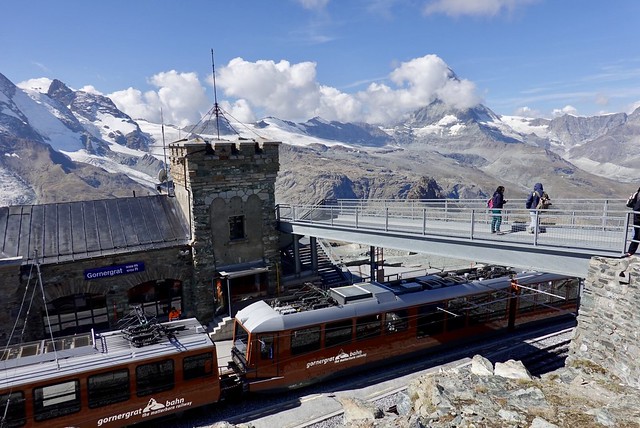 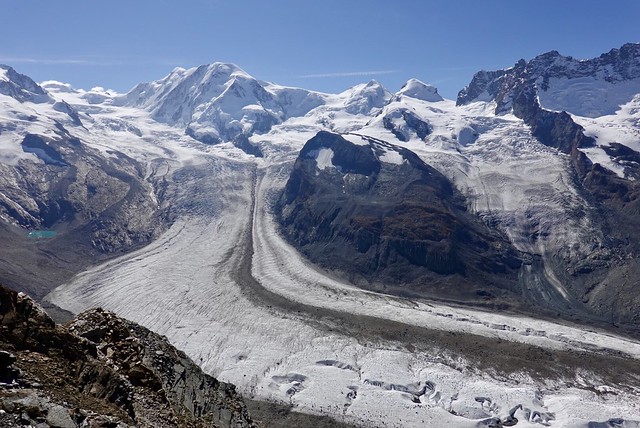 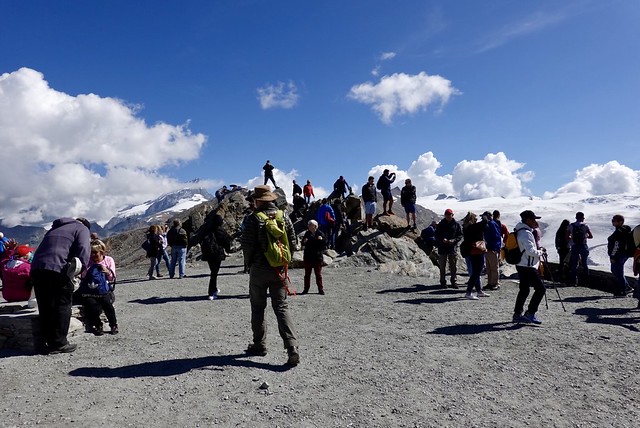 Even in the shoulder season a bit overtouristed 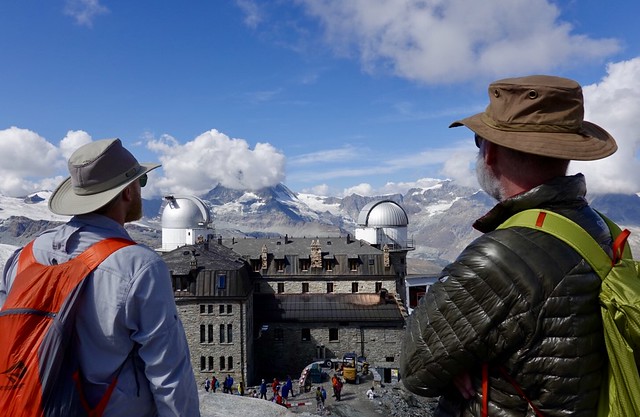 There’s a mountain under them clouds

Once up top, we had hoped the warm and drying weather would show us the Matterhorn, but sadly it was half-shrouded by clouds, and only teased us now and then with glimpses. We never got the full monty, and after some pics and waiting around with the zillions of other tourists, we headed down one stop to do a little walk. 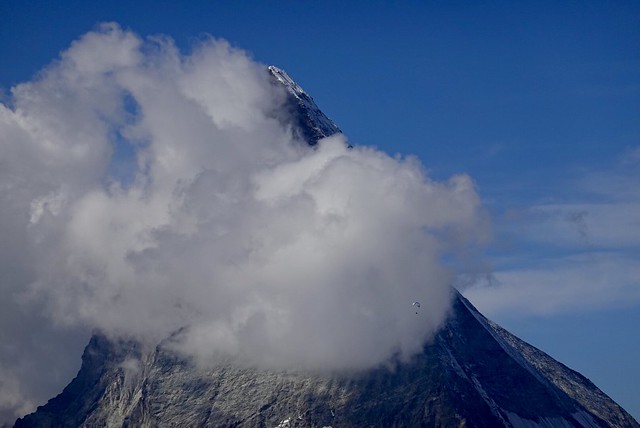 Such a tease, this mountain today 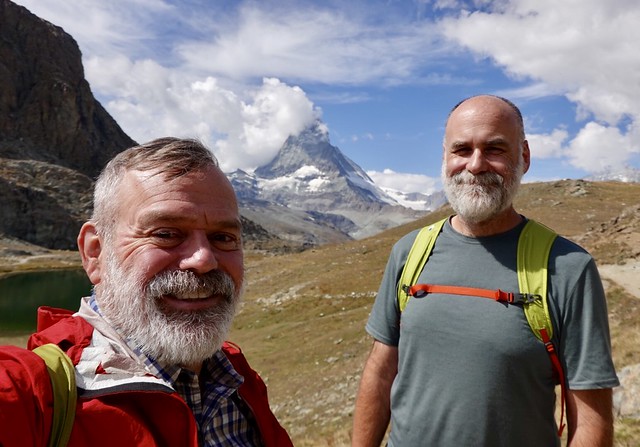 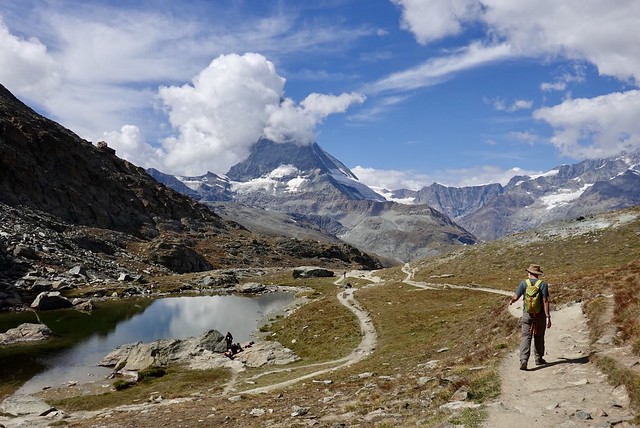 Along the little lake 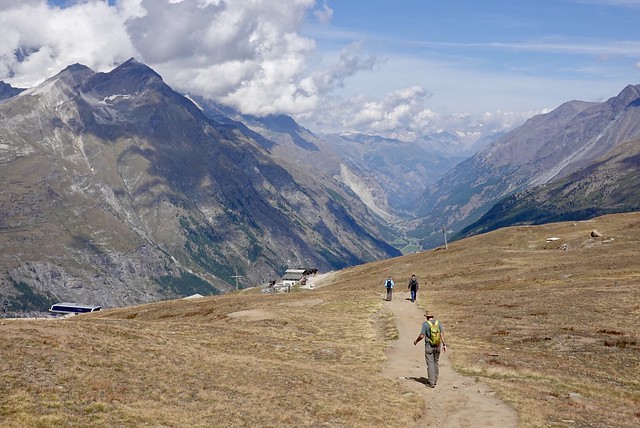 Down to the next station 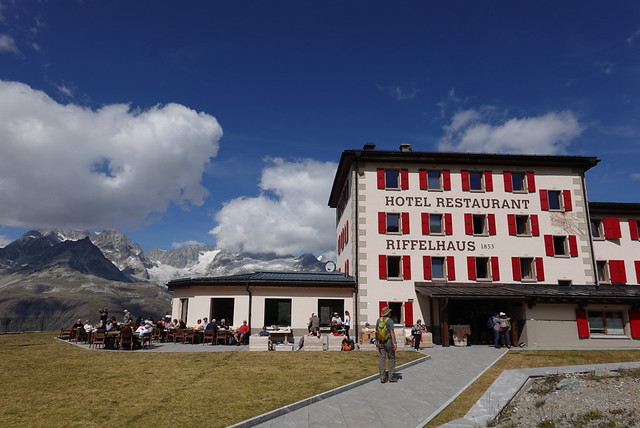 Hotel Riffelhaus for some drinks on the way down

The walk was pleasant, and we got some drinks at the hotel next to the lower stop before heading back into town, stopping for a tasty pretzel at the train station before dinner. 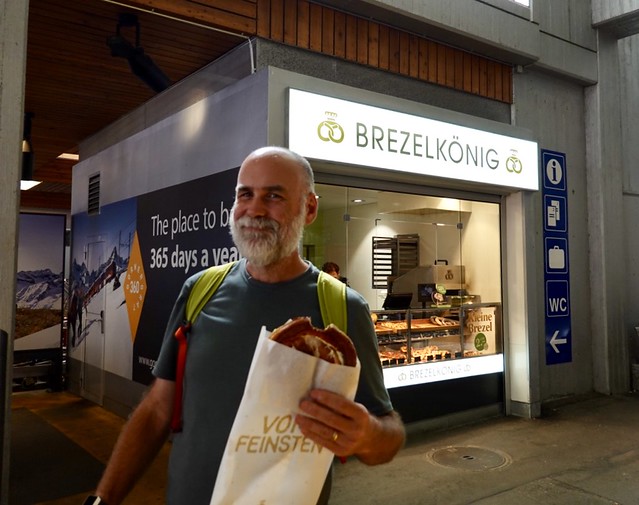 He’s the King of Pretzel 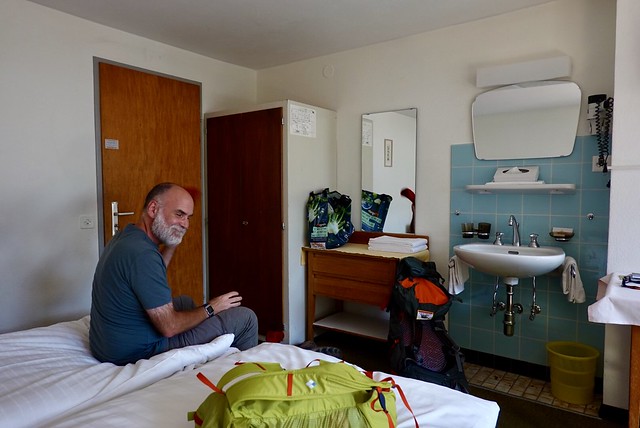 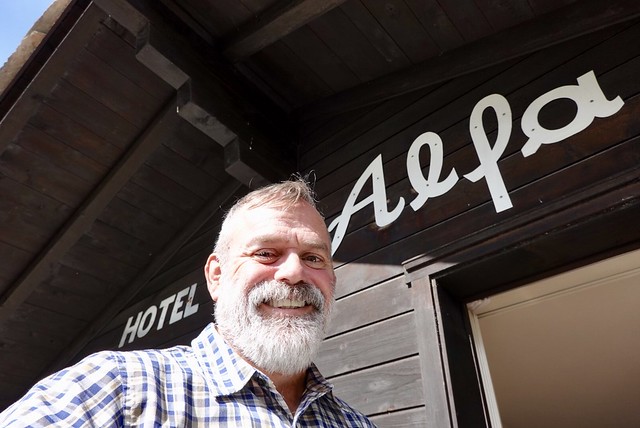 And then it was just some pleasant relaxing in the room, soaking in its 1964 old-school ambiance (when the hotel was built), dinner, and bed. A pretty good day. 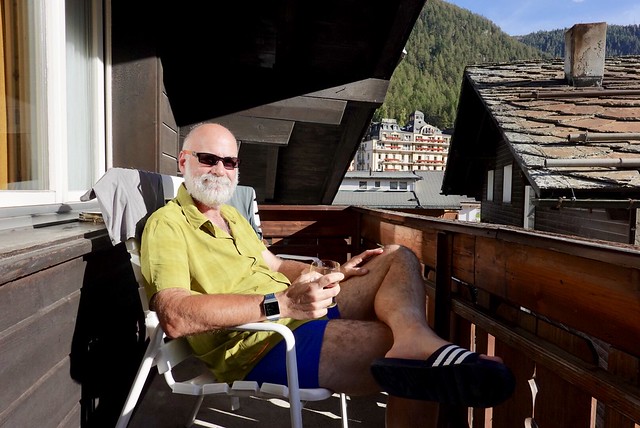