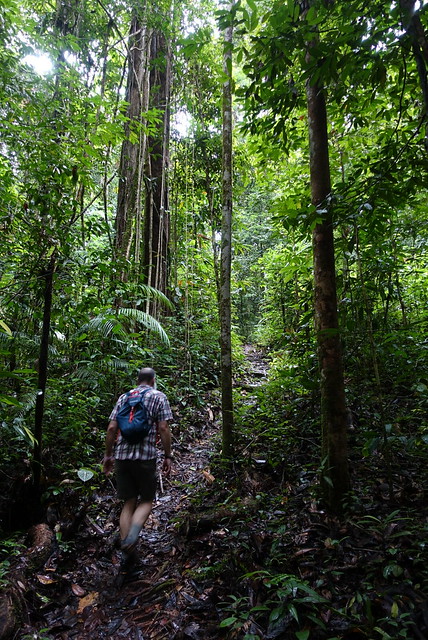 Not much to report today--we decided to go on the Paku Valley Loop to see what we could see. It's only 8km/5 miles, and it was still cool but very humid when we did it. And it was flat, mostly, and easy. We saw a giant pill bug the size of a chalkboard eraser, a waterfall, and some nifty karst formations... but otherwise it was pretty straightforward. Sadly, there weren't many butterflies at all. Guess it was too chilly, at 25C/77F. 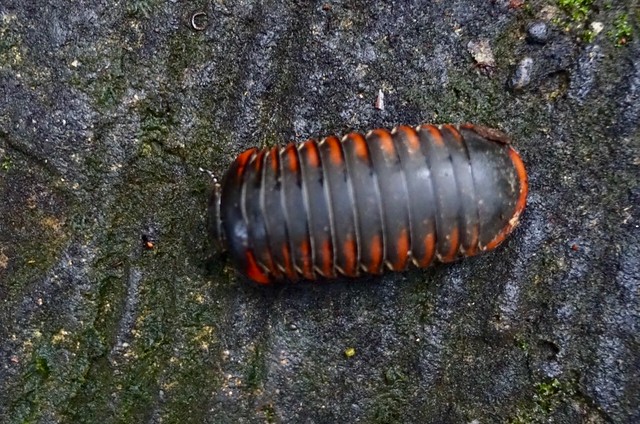 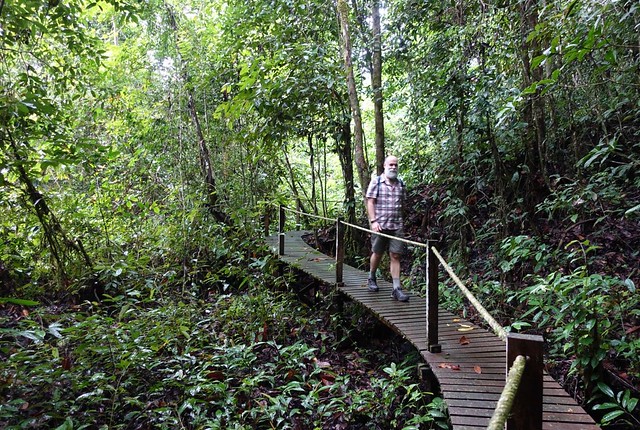 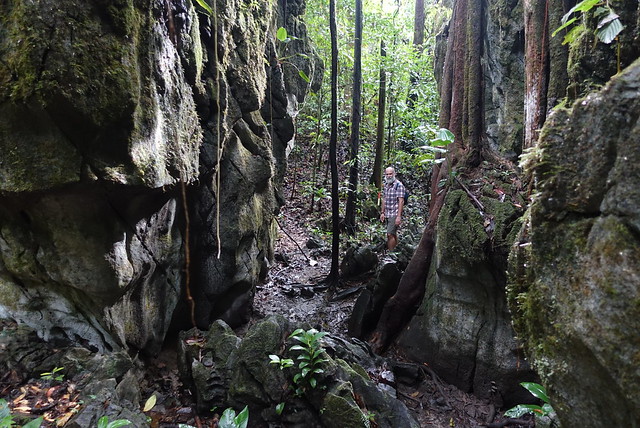 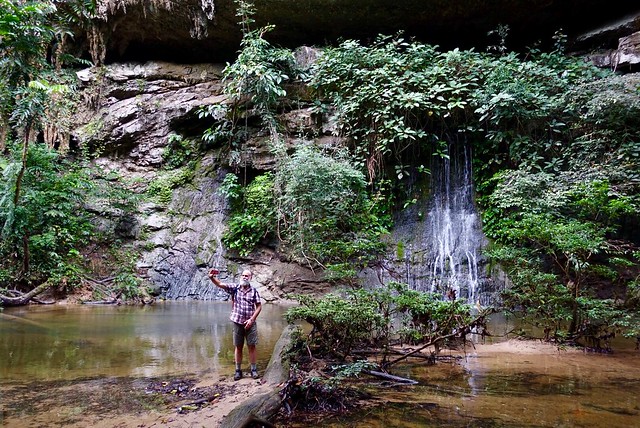 Chris selfies self at waterfall 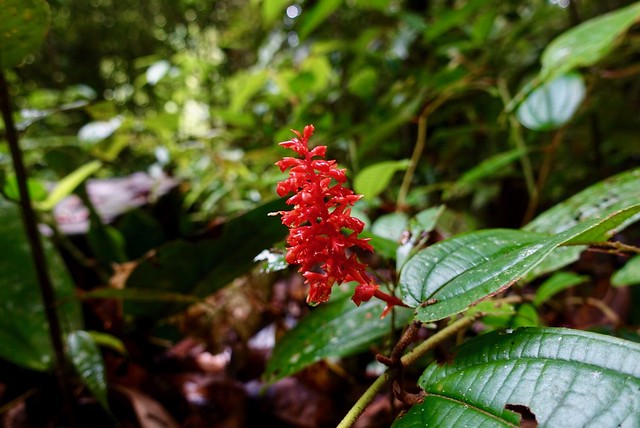 Just about the only flower we see 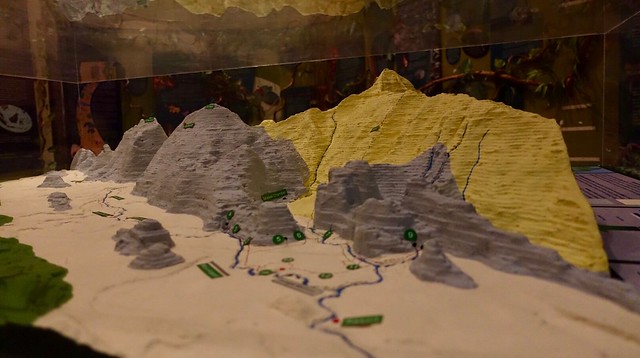 Then back to the resort and to the airport. Our flight was late, grrr, these little ATR-75 planes hopscotch around these small bush airports like this one, and we were worried about missing our onward connection to Sandakar where we were staying the night. The flight took off a good hour and a half late, and when we landed at KK for the connection we ran down the terminal and hopped on our seat, with the doors closing a minute later. Whew, made it, but we got the feeling our bags didn't. They didn't, again.

Sandakar was our destination, which was the old capital of North Borneo in British days, before the Japanese occupied it. Now, flying in, we could see it was lots of palm oil plantations, and that odd development pattern of a main road with blue roofed metal buildings along it, workyards with big machines, stretching for miles. On landing at yet another newish airport, we were told by the very helpful baggage guy that our luggage didn't make it, but would be delivered later to our hotel. Yay. He quizzed us and entered our baggage code into the system, and yep. later that evening our baggage did arrive at the hotel, some 40 minutes after the next Malaysian Airlines flight landed from KK. Malaysian is a pretty well run shop, I've been impressed, and they've had some bad luck in the past couple of years :-(

Anyways, we checked into the hotel, an OK place named the Sepilok Nature Resort, with just enough not-quite-right things to annoy me, though they obviously meant well. Simple things--like if you put out deck chairs on the wooden deck, make sure they actually can't get caught between the deck boards: the metal legs were actually smaller than the gaps; if you didn't place your chair just so you'd sink, possibly falling into the muddy pond water. Or when you list Tiger beer (bottle) and Tiger beer (can) on the bar menu, why not put the size next to each? I'm not complaining that I got the huge 700ml bottle, but it was surprising. Most of all, do something about the lighting. Putting a few dozen ugly 5000K daylight globular CFLs just 2 meters off the ground in a row just isn't flattering at all.

As we were having a bit to eat, the rain turned on, torrents, with lightning and thunder--very Hollywood rain, the type that never happens in Hollywood--and we just decided that yeah, time to call it a night. We retreated to our muggy cool room, called it a night, and slept.