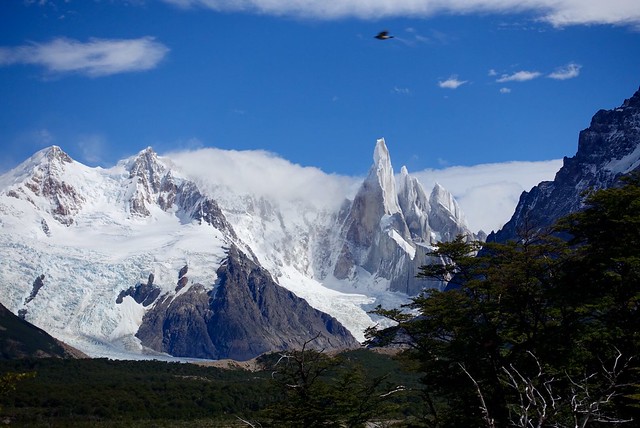 Just like yesterday, we woke up around 6:30am, ate breakfast at the hotel as we watched the sun come up and light up Cerro Fitz Roy--this time in pink--and we scooted out just after 7:30 to get bread for peanut butter sandwiches on the trail. 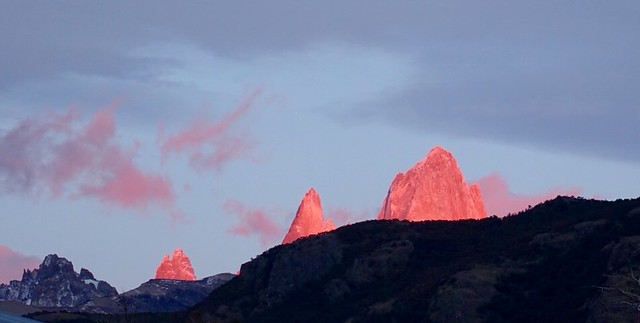 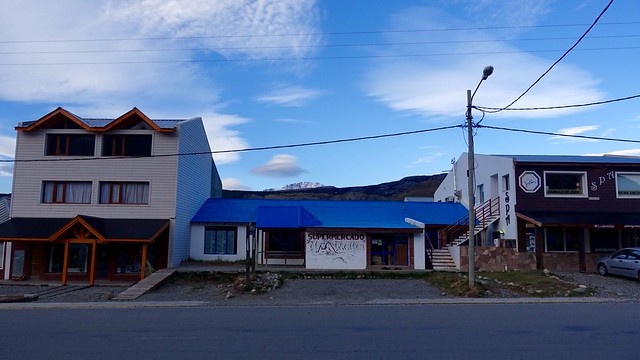 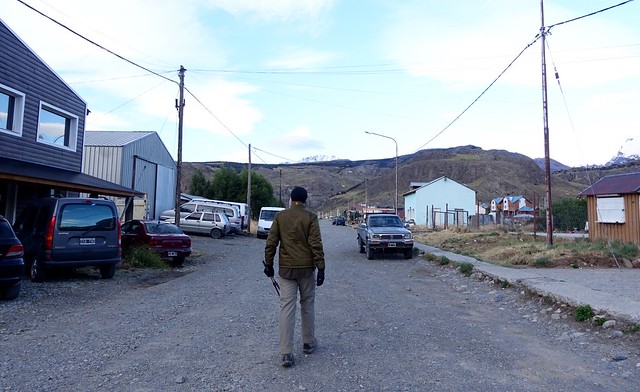 Town is a bit unfinished

We wandered west through town, down rocky unpaved streets and past surly street dogs, climbing a steep hill to the trailhead and the national park boundary. 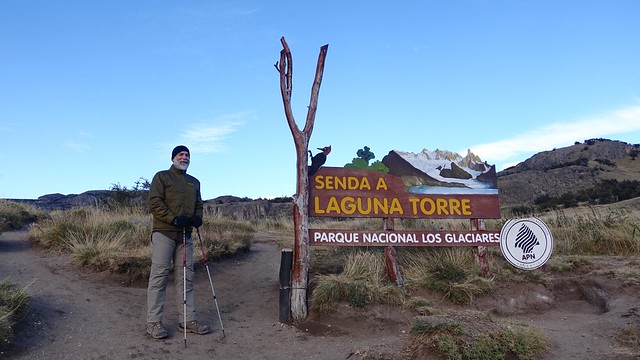 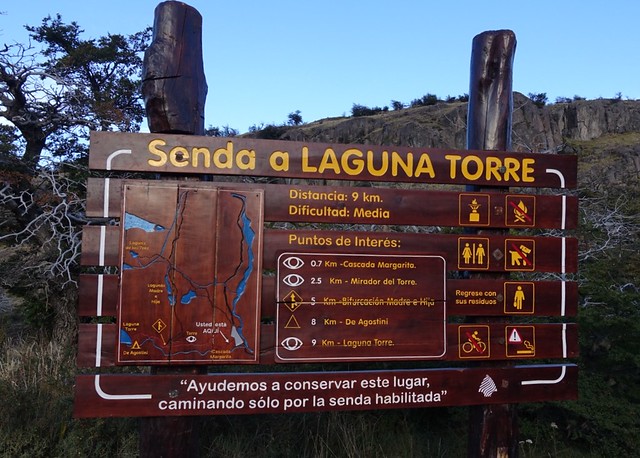 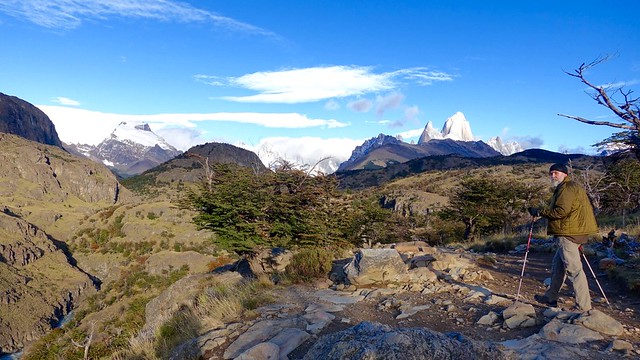 The landscape felt oddly familiar, scattered low "oak" trees growing about as an open woodland with grassy fields, much like the Sierra foothills near Fresno, or maybe the Texas Hill Country or southern Arizona, an arid landscape that doesn't get much rain. Here the "oak" trees were almost all nothofagus, though, mostly lenga but with some ñire mixed in. It's late summer, almost fall, and the trees were starting to turn yellow with a bit of orange and red. Any American Southwest feeling that the landscape had was immediately vacated when you looked up a little bit from the woodlands and saw the sheer, steep granite wall of the Andes rising behind, loaded with immense amounts of snow, all flowing down into glacier-covered valleys. 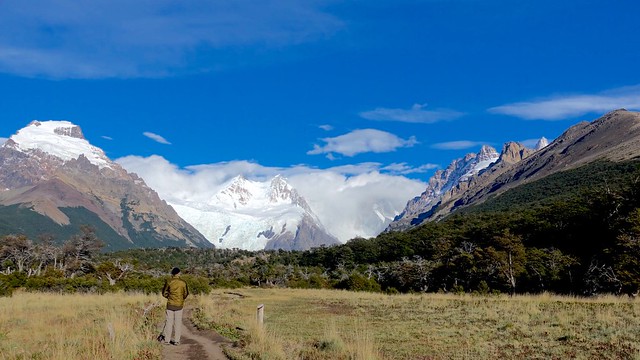 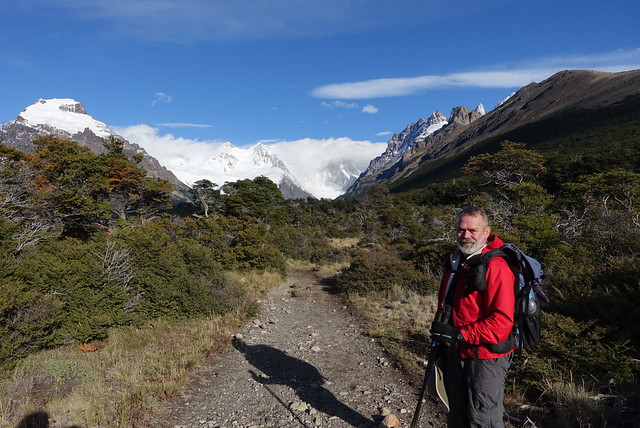 Me, on the trail

After 3km we crested one of the many moraine ridges, and got a better view of the valley in front, plus Cerro Fitz Roy peaking (sic) out, no clouds up there today, drat, we missed this superfine weather by a day, oh well. We didn't really mind though--we thought our visit yesterday was more dramatic, even, with the clouds swirling around. 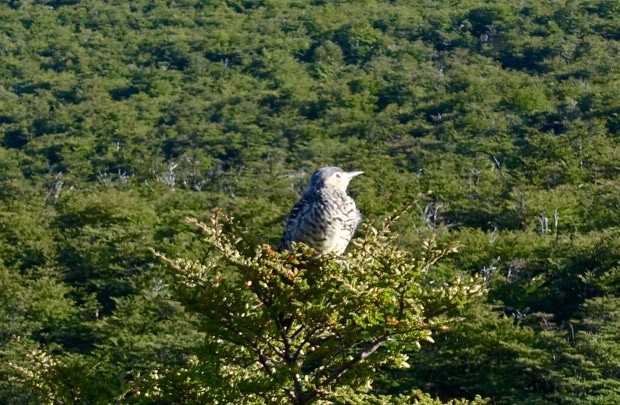 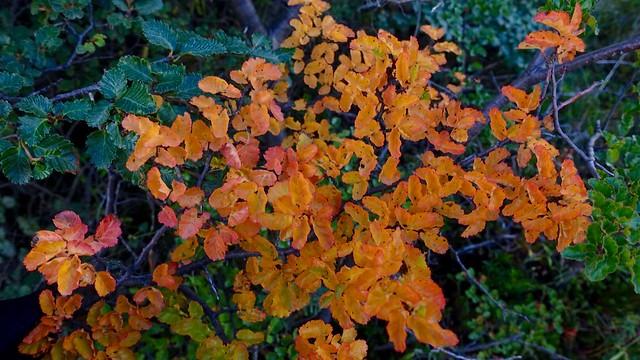 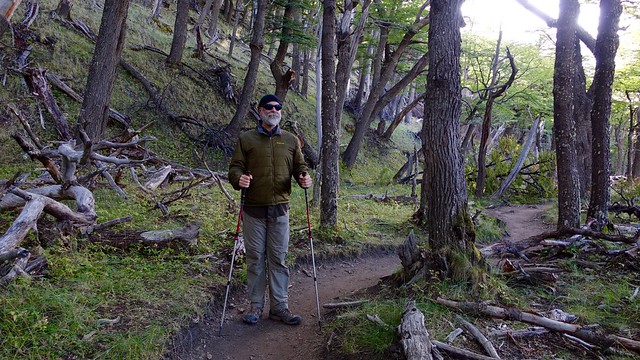 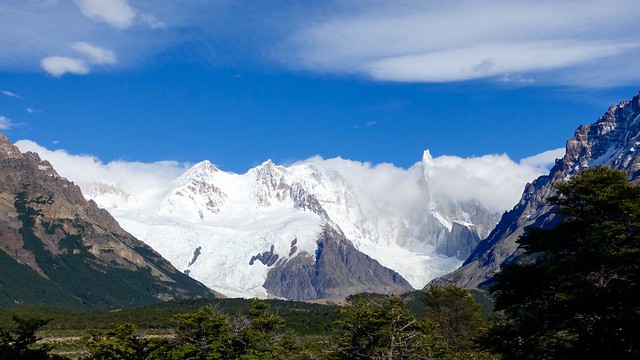 Cerro Torre in the clouds

Crossing the valley was fast, with little elevation gain and a wide trail; up and over a couple of more moraines, and then we were at Lago Torre, looking up. Cerro Torre rose up to 3102m (10,177 feet) an angular triangular pyramid--from our viewpoint at just over 700m elevation, it was a sheer 8000 foot tall spire. Chris had read overnight that Cerro Torre had long been considered unclimbable, and it wasn't climbed until 1974, and even then without a lot of difficulty and controversy; the Wikipedia article on Cerro Torre has a great summary.

We puttered about the lake as the spire slid in and out of view--mostly we could see the top with its two little buttons like the ends of a chef's hat--and then the weather cleared and we could see it all, including the triangular notch on its west side and a concave face below that notch. The entire 'tower' looked architectural, like it was designed, it was just wonderful to look at and appreciate. 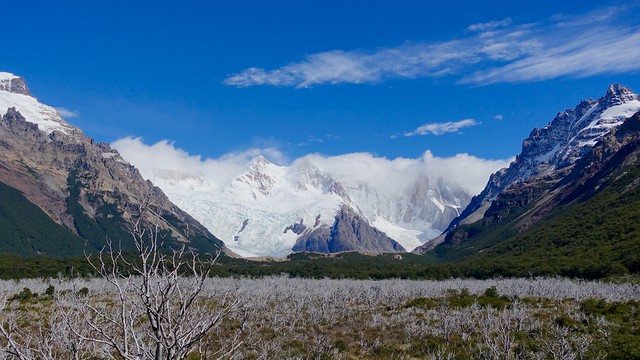 Vista west to the Andes

We declined to hike the additional 2km to a viewpoint over Glaciar Torre, and puttered on back, an easy 2 1/2 hours, taking yet more pictures along the way, including a more than a few self-indulgent selfies. 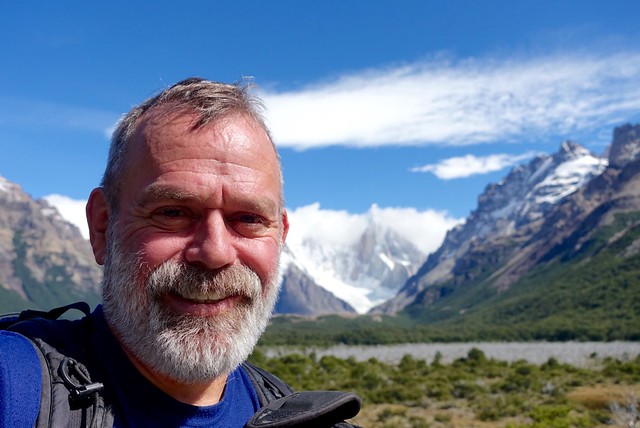 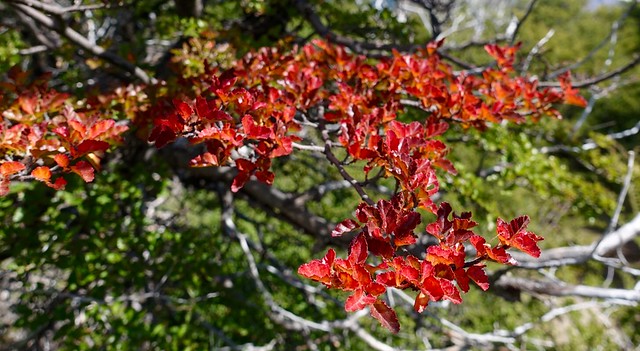 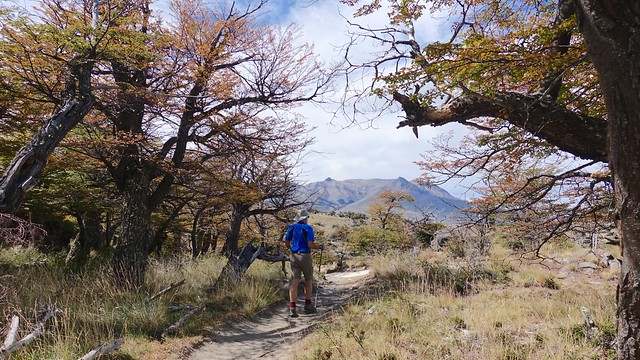 Back through the woods 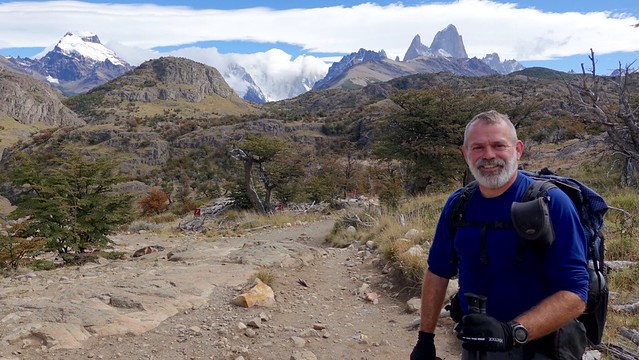 Back in town, we cleaned up and napped, then enjoyed a meat and cheese platter at La Vineria (yum) and a 'Patagonian Lamb Sharing Entree' at Estepa, which was good, and a Malbec that was tasty but left both of us with a big old headache (ouch). The older I get, the less I can drink... and the less I want to drink, it fogs my head up more than anything these days. 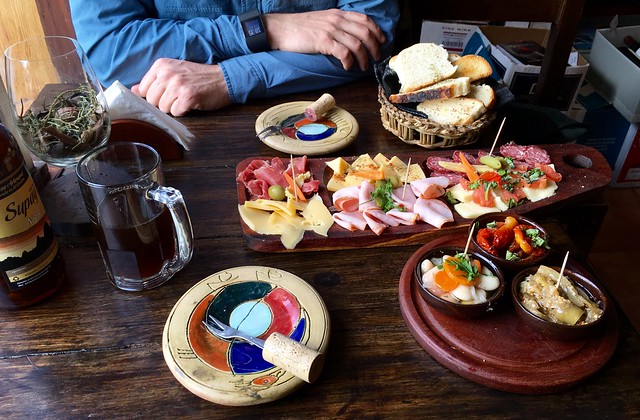 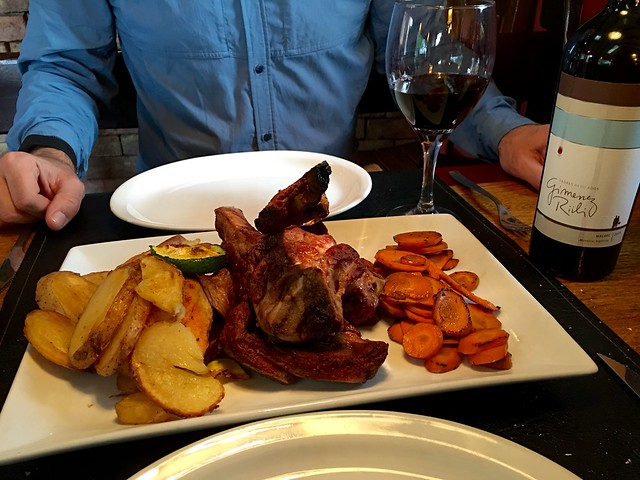 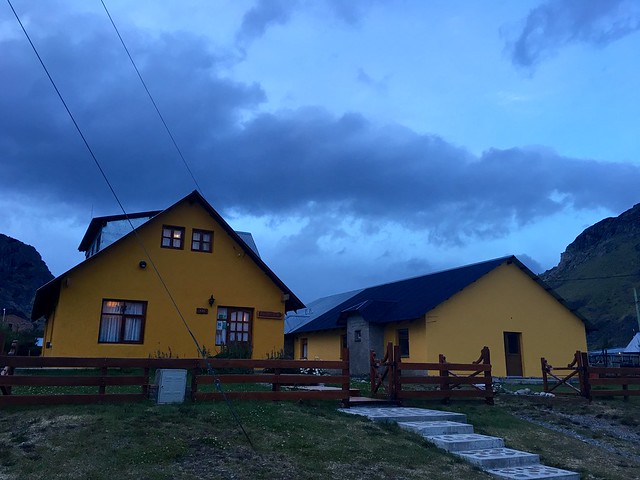 Tomorrow, it's a lazy morning, no real hikes, just pack up and loiter about until the 1pm bus back to El Calafate.

< Hike to Fitz Roy To Calafate >