dan.marmot.net
< Cuernos to Chileno, or not To Argentina >

Today we just relaxed at the hotel, then headed into town for pizza.

Not a particularly exciting day, but a nice weather day, so after doing a bit more laundry (our clothes were definitely fermenting) we walked into Puerto Natales along the waterfront. 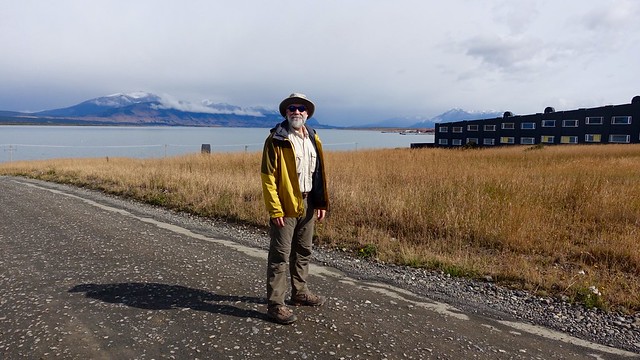 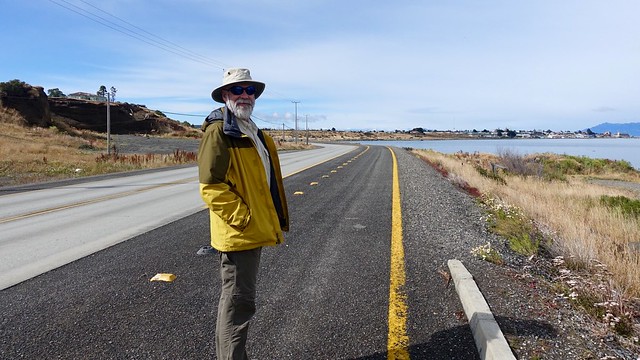 The last time we spent time in Puerto Natales was in 1999, and we both remembered it as bleak and gray and depressed. It was a long 5 hour drive up from Punta Arenas on the half-paved road, the sidewalks were broken and gravel and puddly, and it wasn't a place to linger. This time was much different: new paved sidewalks with benches, lots of little touristy art shops, cafes, restaurants, rather lively and pleasant. The sunny warm calm weather helped as well--it was pretty nice out! 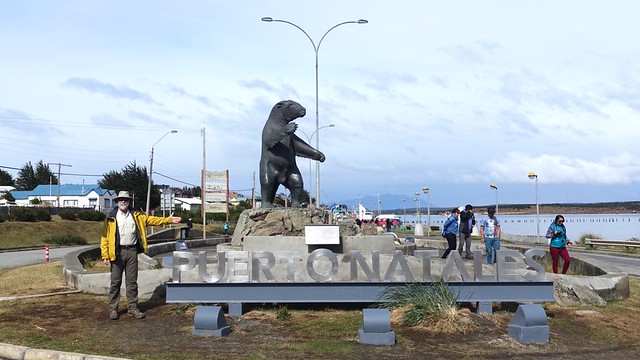 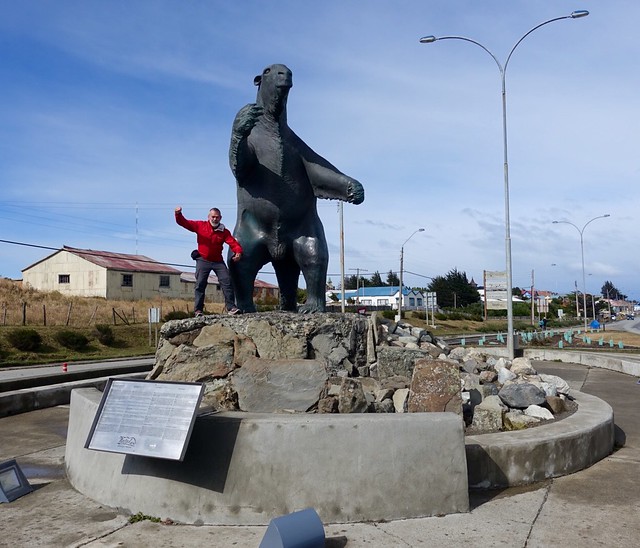 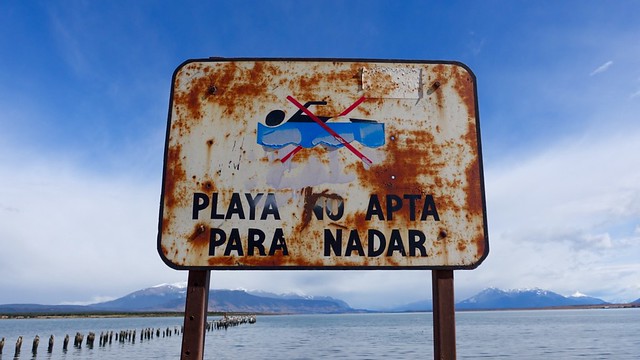 Walking into town along the bike/jogging path (!) we enjoyed the views of the odd black-necked geese in the water (or are they swans?) and stopped at the city entrance statue and sign, a huge milodon, which of course meant we had to get pictures. The waterfront had a few new stylish hotels, a skate park, amusing public art of a man and a woman flying on poles; it all felt like we were somewhere in tidy southern New Zealand. Back up on the square Mass was just getting out; the pizza place opened at 1pm and we ate pretty good pizza. 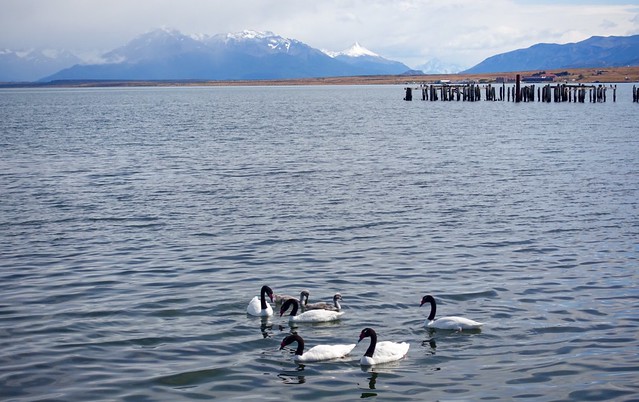 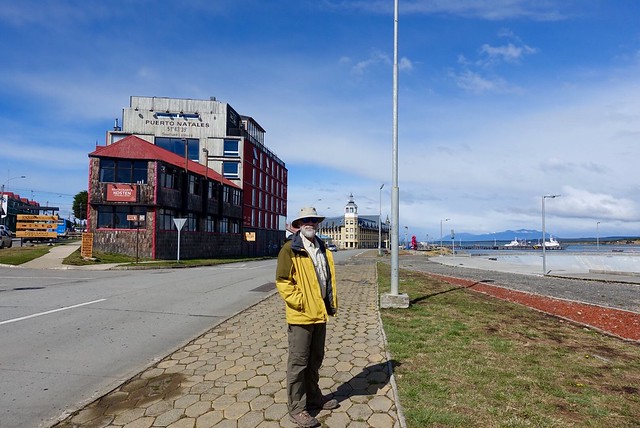 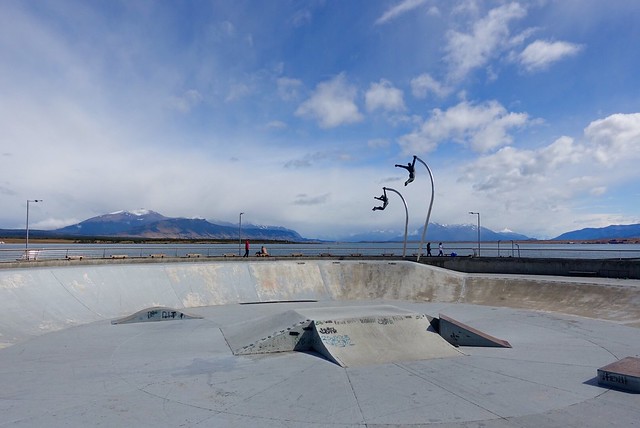 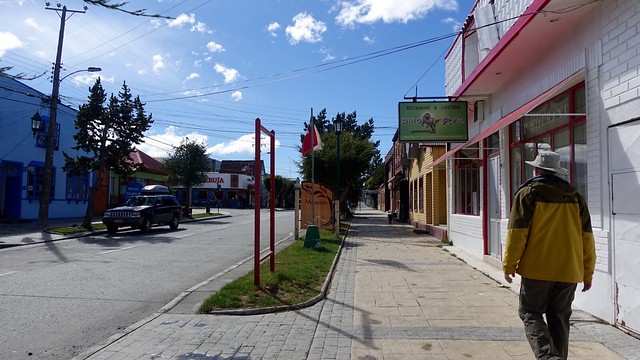 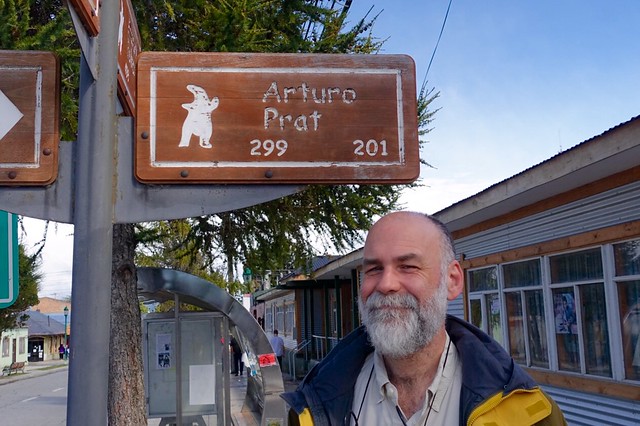 We even found a Prat street sign, and were amused that Comic Sans was the font choice--it seems to be the default choice in Chile. 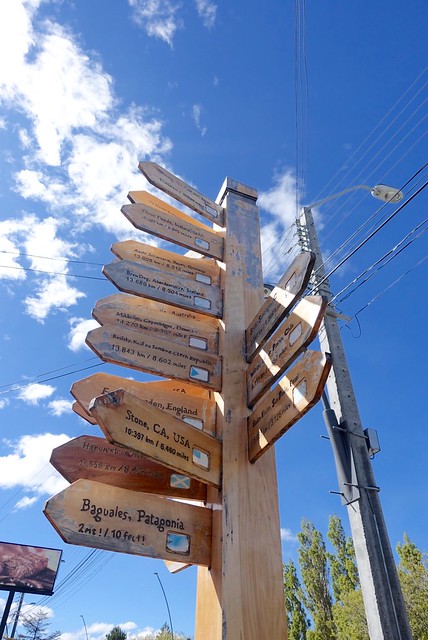 Beers around the world

Back at the hotel, we did a hot tub, napped, then sours and dinner. I really enjoyed the guanaco carpaccio and had lamb ribs; Chris had Patagonian king crab au gratin. Then it was early to bed around sunset at 9pm.

View out the hotel window 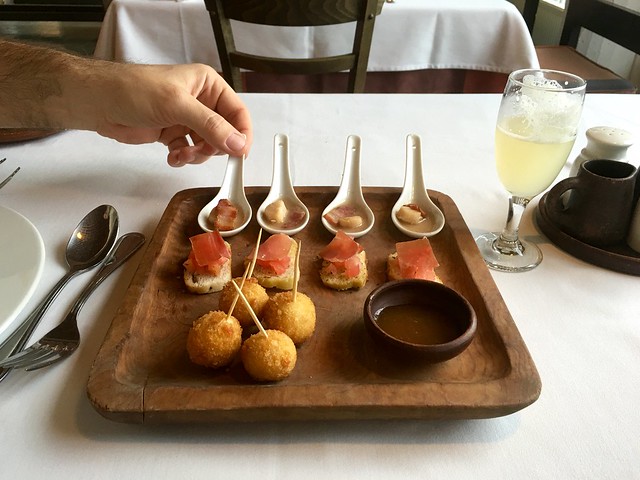 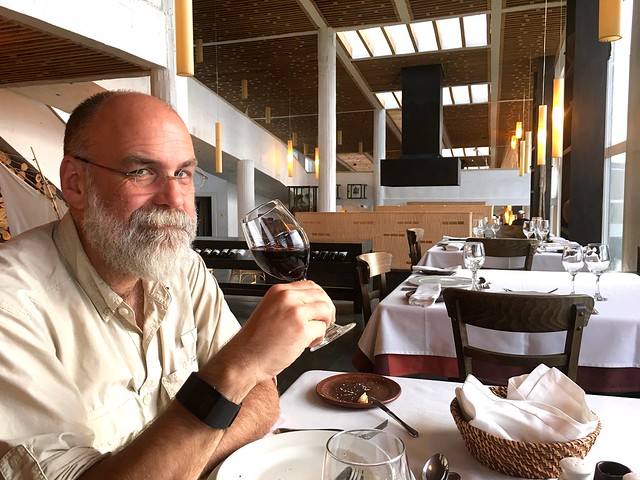 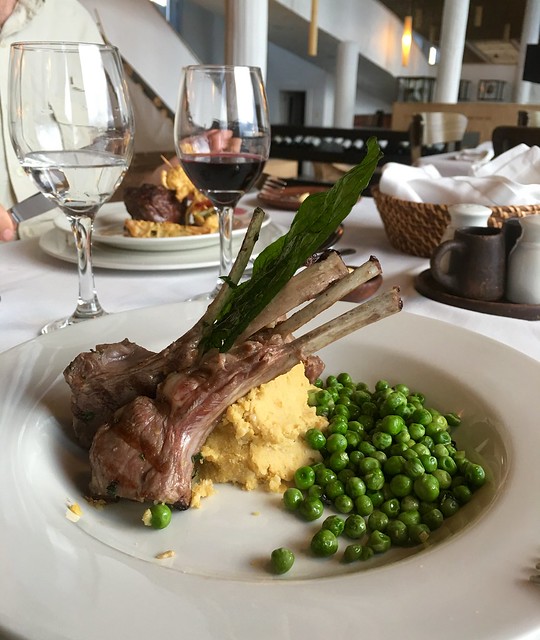 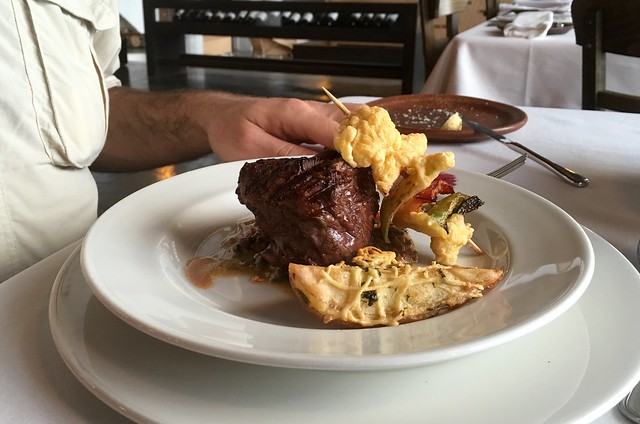 Tomorrow: off to Argentina. That should be interesting; though Argentina and Chile share a very long border the two country's governments kinda don't get along all that well, and my general impression over the last couple of decades is that Chile has really done well while Argentina has continued it's slow meandering decline. I expect a fairly sharp contrast.

< Cuernos to Chileno, or not To Argentina >