Spent the last three days on Oahu. I arrived on Wednesday night, and now I'm sitting at the Honolulu airport waiting for the red-eye back to Los Angeles.

Here are a few pictures; it was a good time.

Didn't do much today. In the afternoon we toured around Iolani Palace--smaller than I expected, for some reason. Built by King David Kalakaua in the late 1870s, it was very modern for its time, built with flush toilets and electricity--no outhouses or flickering gas lighting! King Kalakaua was a bit of a tech geek and insisted on meeting Thomas Edison when he travelled through the eastern US. They hadn't invented light switches either, so the lights were on a fixed schedule; to turn off a light you sent a memo to the building superintendent. 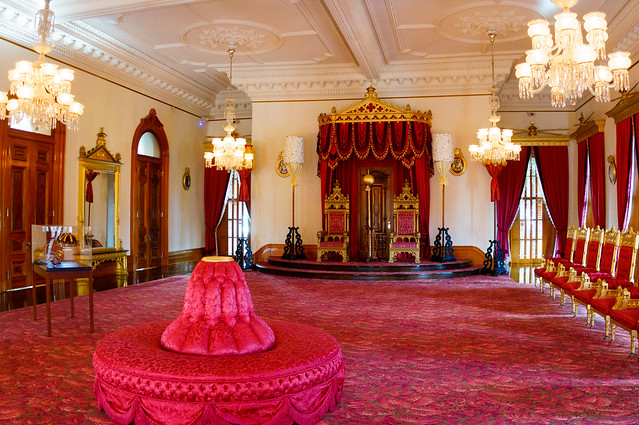 Hawaii's last monarch, Queen Liliʻuokalani, was kept under house arrest in a room in the palace for nine months during the rebellions of the mid 1890s, prior to US annexation. She was only permitted one lady-in-waiting to see her; she passed her days by making a quilt that's still in that lonesome room. 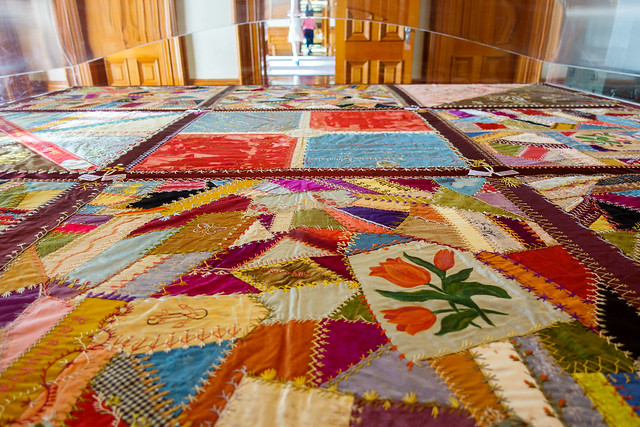 Probably the biggest impact the palace had for me was personalizing all these 19th century Hawaiian leaders--they weren't just kings or queens, but they pushed (and were pushed) many of the cultural forces that you can still feel in Hawaii today.

Woke up early, finally got to Hanauma Bay to go snorkeling. Oops, no we didn't. Instead we walked around Lyon Arboretum, part of the University of Hawaii in Manoa Valley... and were pleasantly surprised, it was large and fairly well organized, though wet and slippery. We walked through the native Hawaiian garden to see the crops they grew (and still grow), then headed up to a little waterfall at the head of the canyon, stopping now and then to let rain showers pass. A very pleasant morning. 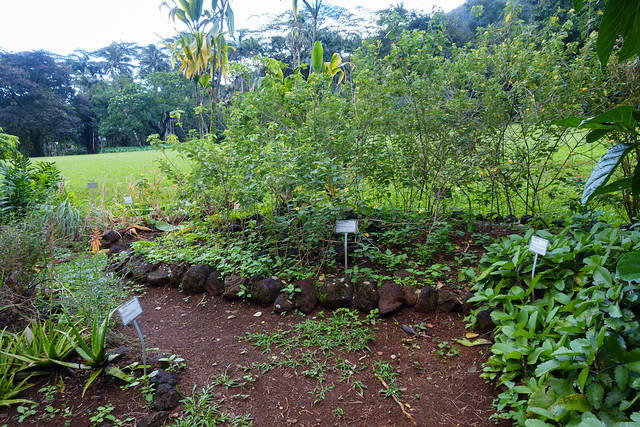 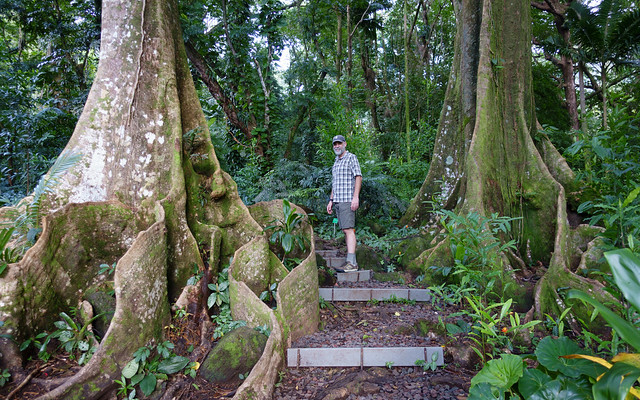 Chris and the buttress tree 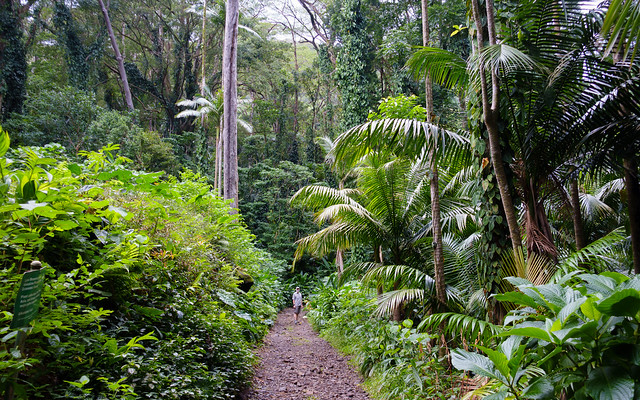 Walking to the waterfall 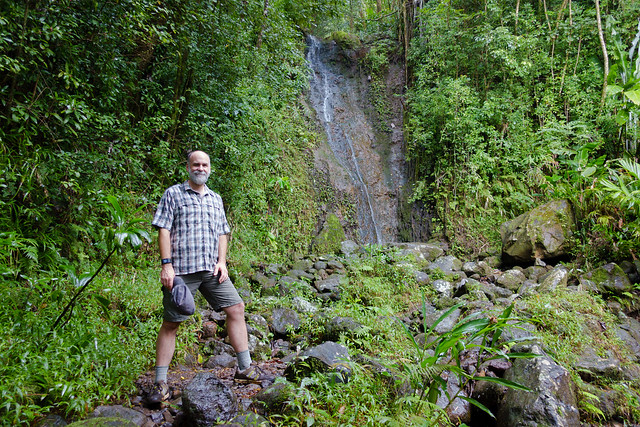 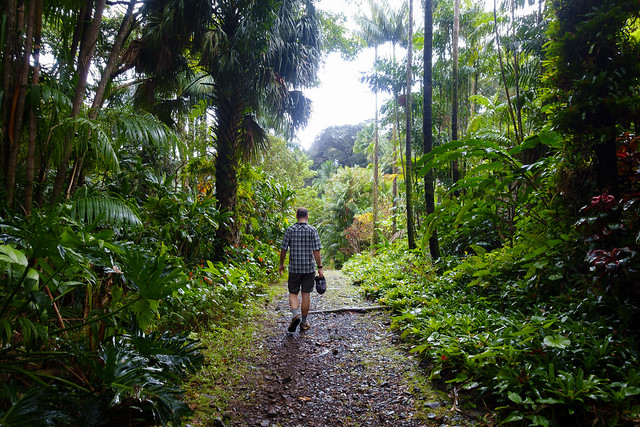 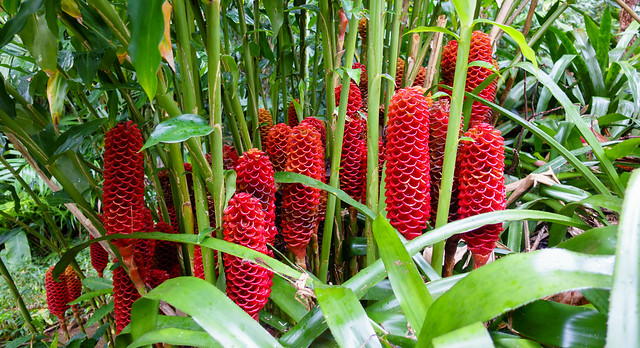 Midday we headed over to the Bishop Museum, looking at Hawaiian artifacts. It was pretty interesting place. Chris made a little sheild volcano out of hot wax. I enjoyed reading about the tussles in the late 1800s between the native Hawaiian culture, the encroaching American culture, and the zealous missionary culture. 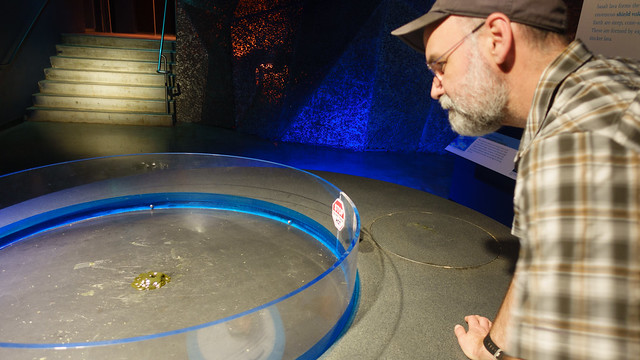 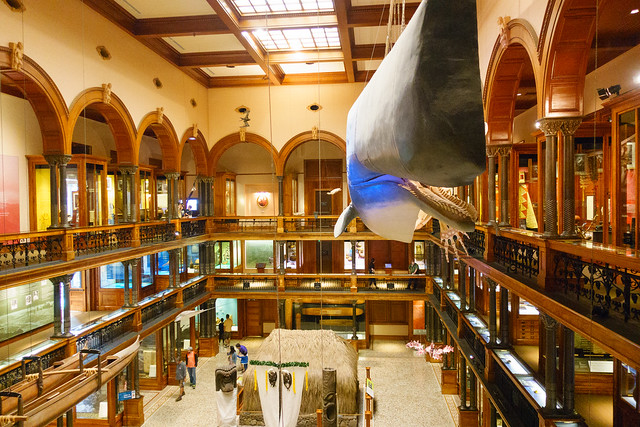 Later that afternoon I spotted something interesting on TripAdvisor--the Royal Mausoleum, so we drove out there after we saw the latest Star Wars episode at the Dole Cannery cinemas. The mausoleum is a simple place, really, quiet and respectful. 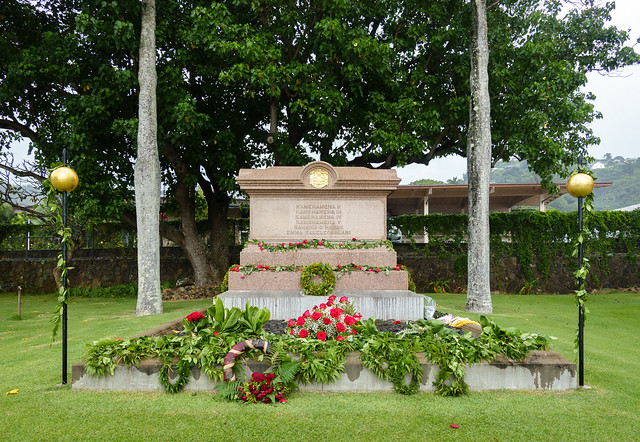 Woke up early, finally got to Hanauma Bay to go snorkeling. Still windy with a bit of sprinkles, went out anyway. Conditions were kinda crappy with waves breaking over us, filling the snorkels with water, and lots of surges in the bay pushing sand around and lowering visibility. We left after an hour in the water, went back to the hotel. After getting macadamia nut pancakes at the Waihana(?) Coffee Shop, we decided to drive around the island.

First stop was the Koko Crater Botanic Gardens, on a hot and dry spot on the island, where we did a two mile walk. 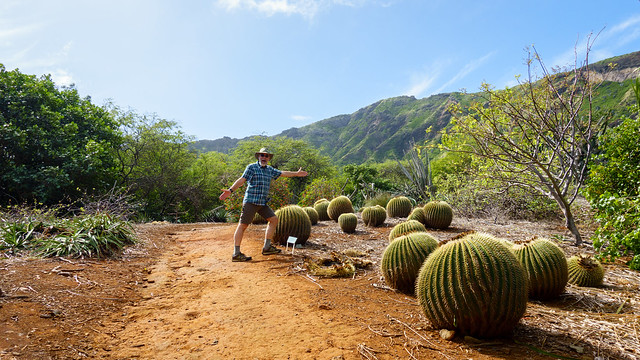 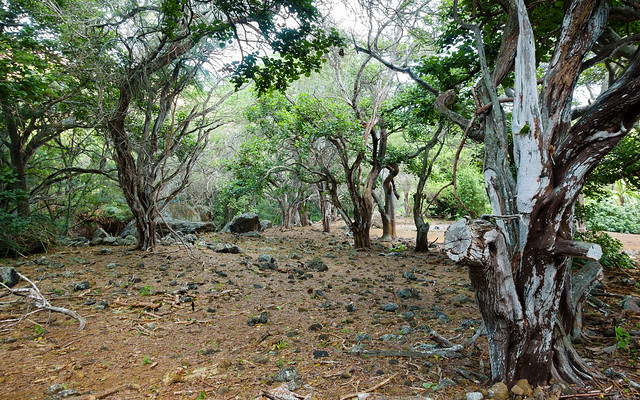 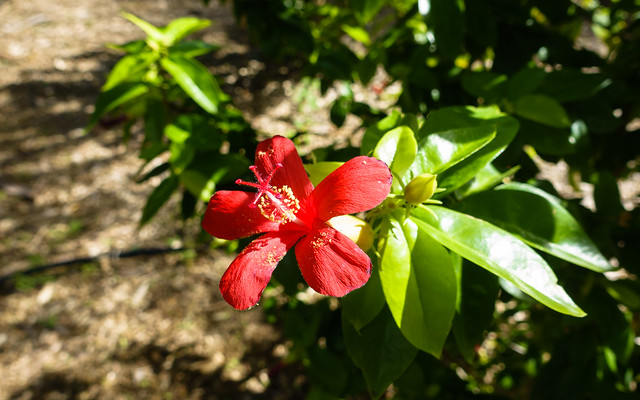 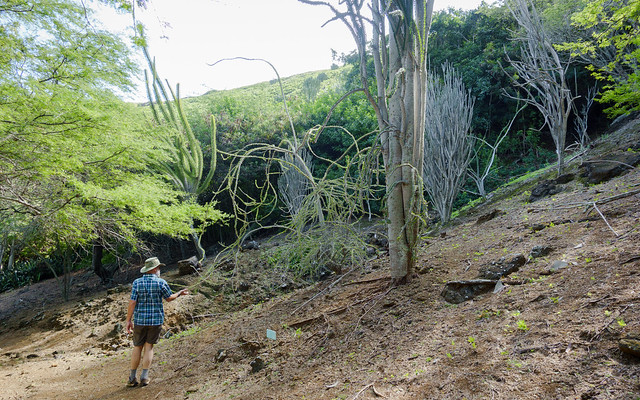 Afterwards, we cruised over to Kailua, did another short walk on a very busy trail to a pillbox overlooking the ocean, then stopped at a local craft brewery for beer tasting. 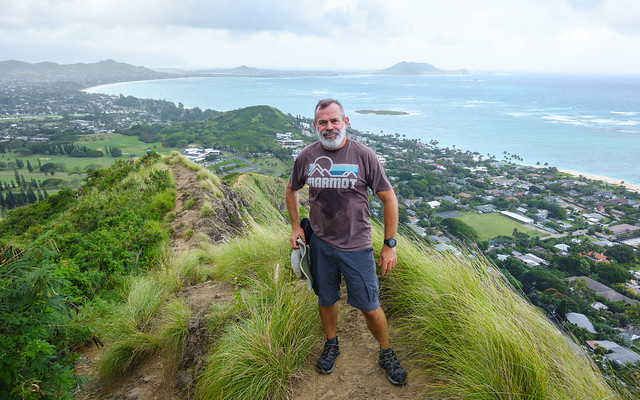 We ate a bit of lunch (not so good), then stopped at the super-windy Pali lookout before heading towards the airport. Flight is at 11:30pm, and should be around six hours; we'll get to LA at sunrise and then head down to San Diego.