Shadow Lake was an excellent campsite, even down to the early morning shade from the ridge just to the east :-). I made coffee and oatmeal, and finally got on the trail about 7:30, making my way with a bit of bushwacking back to the PCT, not quite half a mile away. 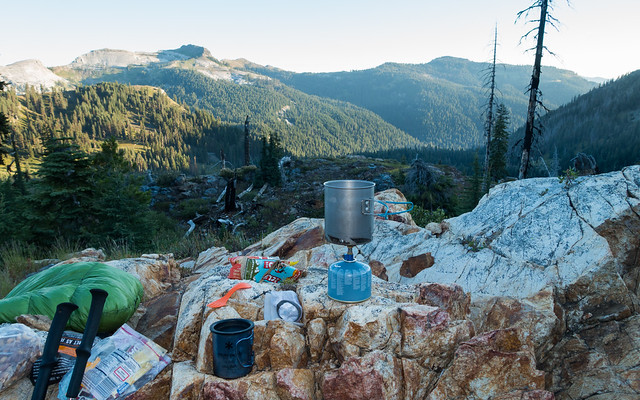 Marble table in the camp kitchen :-)

I had taken some pulled-out chapters from some guidebook for this section and the next, and it said "climbing Marble Mountain gives you a commanding view over northwestern California, and it's 2/3rds of a mile." Well now. That sounds fun--today is just a 19 mile day, so that makes it a 21 mile day or so. Perfect--I scooted up the Marble Rim trail and up the mountain, and wow, it was a really long view in all directions. 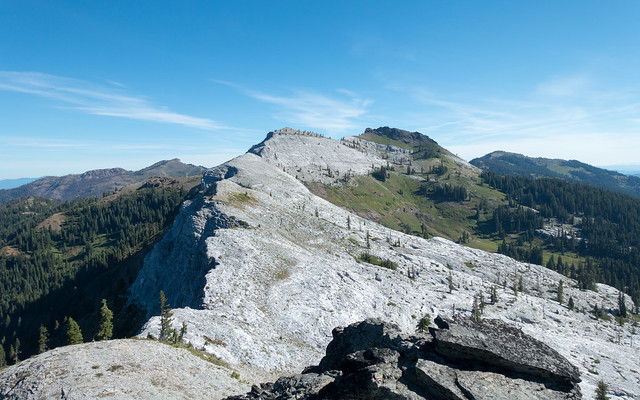 Looking along the Marble Mountain ridge

To the south was that one mountain in the Trinity Alps with the two small glaciers on it; to the west I could see some coastal clouds from the Pacific. East was to Scott Valley, mostly hidden, and north was the Siskiyou mountains on the Oregon border. 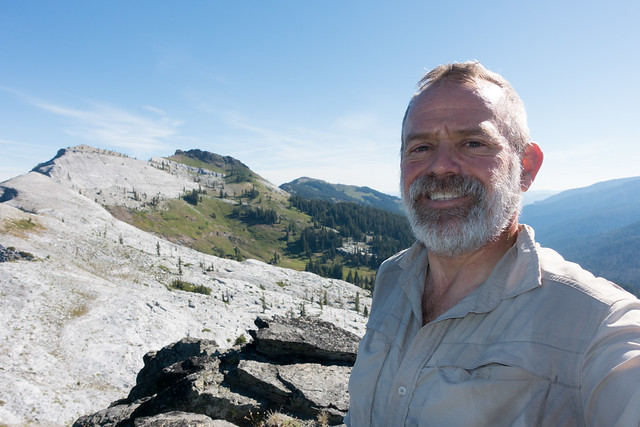 The real special thing was the nearby view: a band of marble several hundred feet thick running roughly east to west, with the rounded peaks just north made of solid bluish-gray marble. I'd never quite seen anything like it. After enjoying the view I headed back down to the PCT, then through the marble, sometimes in valleys, sometimes below cliffs with little 'caves' in them. The flowers on the marble areas were pretty spectacular as well; I particularly liked all the gentians in their ultra-violet hues. 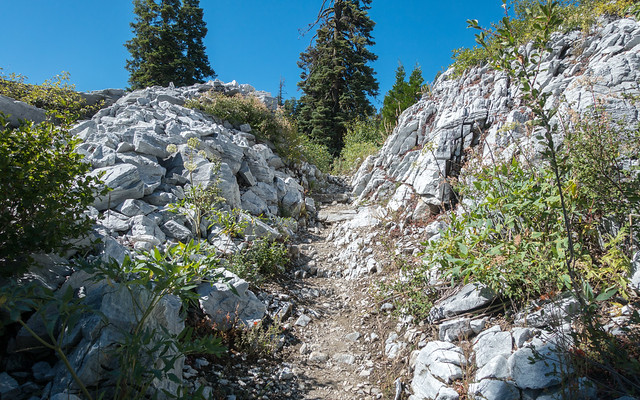 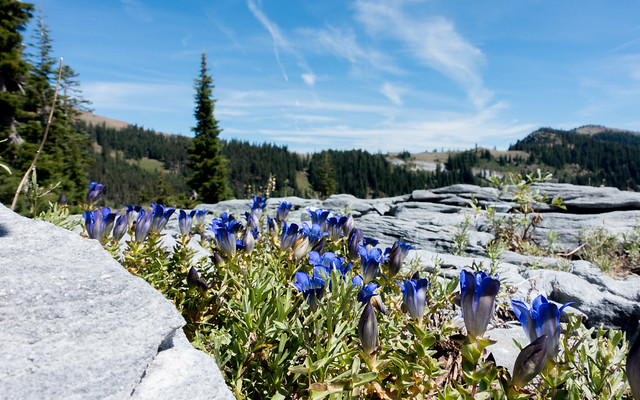 Gentians in the marble 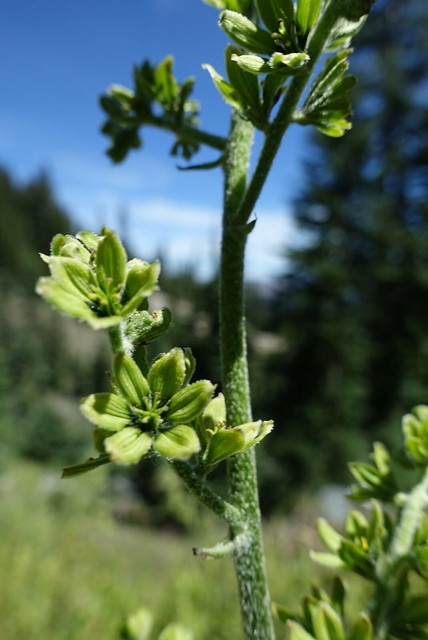 Lunch was at Paradise Lake, which wasn't... it was shallow and full of green algae, yuck, but there was a creek with tasty cold water at the south side so it made for a good place to water up. A couple of horse riders went by, I waved and they nodded. That's the third set of horses I've seen on the PCT. Strangely today I didn't see any other hikers heading northbound either, though there were four non-thru hikers heading south. Thru-hikers are easy to spot: the men all have beards of various lengths, often scraggly, sometimes magnificent. These weren't them.

From Paradise Algae Lake the trail steeply ascended to scamper along a ridge for several miles... that was a neat walk, for the top of the ridge was full of wildflowers, and there was some odd geology too. The rocks for a good part of the ridge were of a ultramafic oceanic origin, meaning they were formed at the edges of plates far under the ocean. When exposed to air, they kind of rust because they have lots of iron, plus other things like nickel that aren't exactly healthy to plants. There weren't a lot of plants growing on those rocks, but Jeffery pines seemed to be OK. 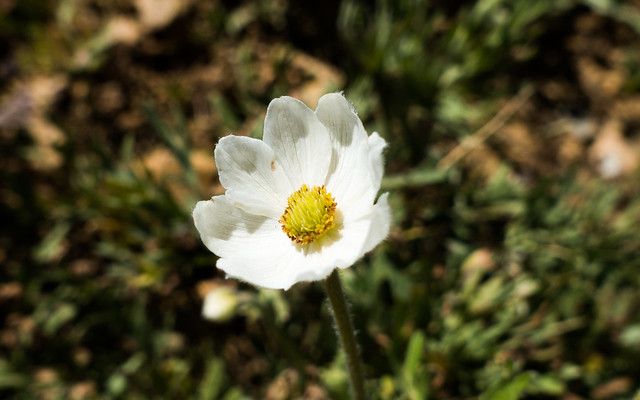 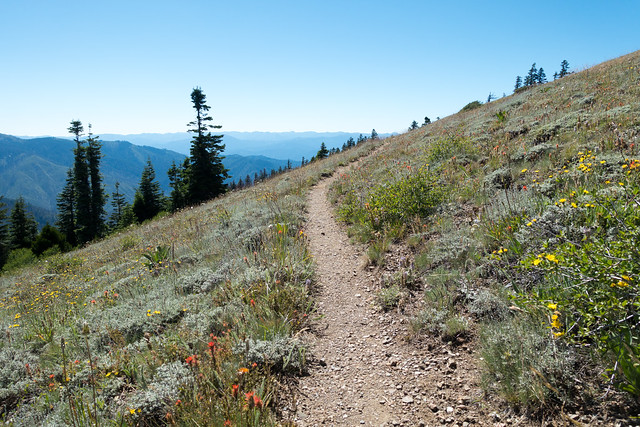 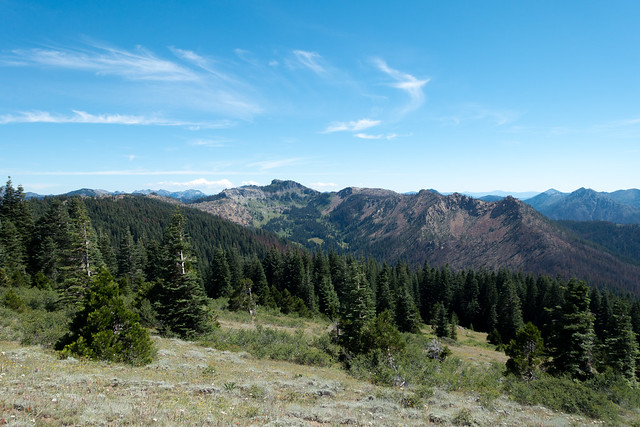 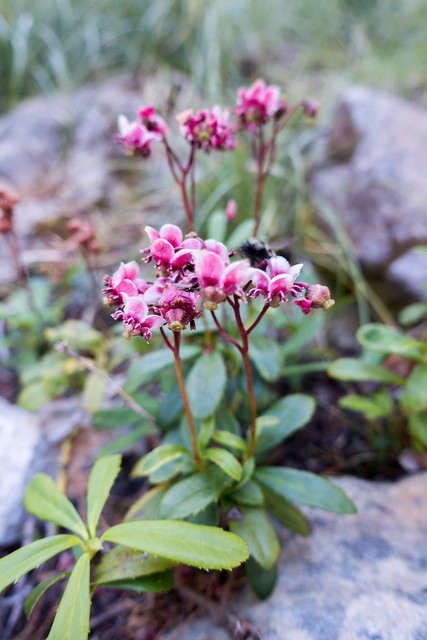 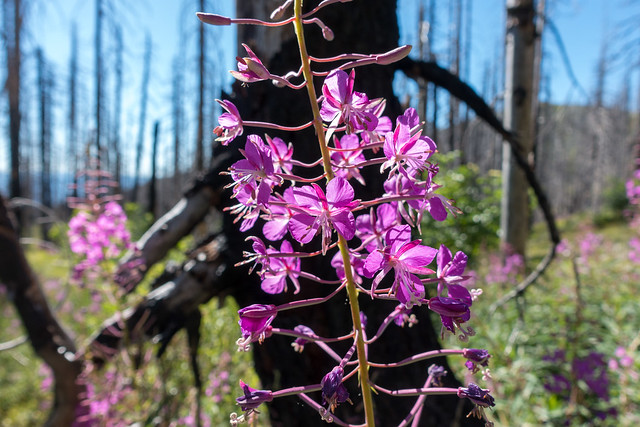 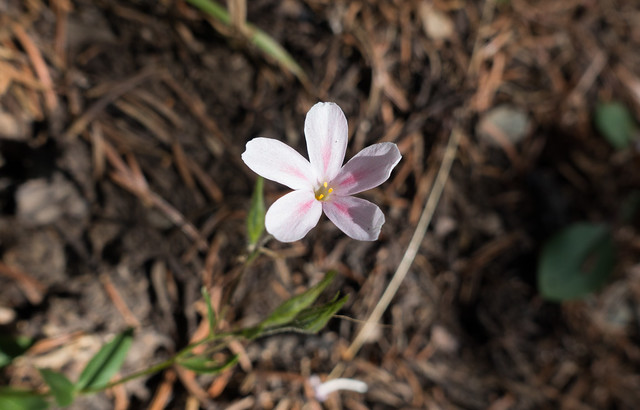 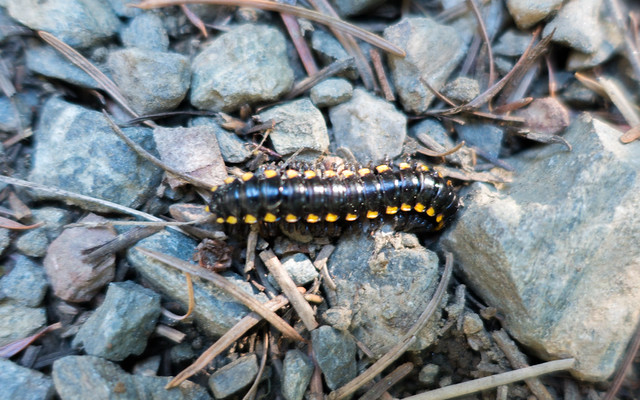 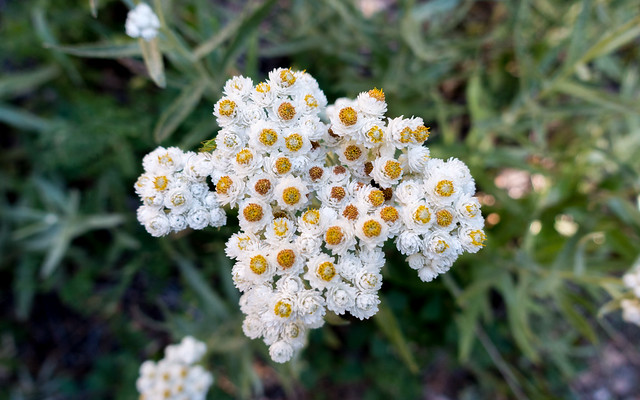 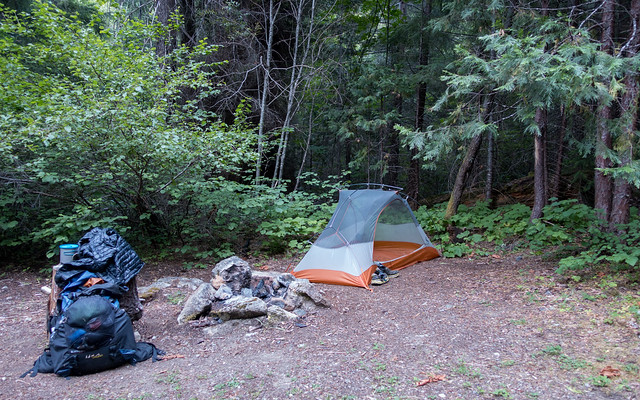 I figure I'll camp tonight about 13 miles out, start hiking very early in the morning, then make it to Seiad Valley before the restaurant closes at 2pm. The last 6 1/2 miles are road walk, and if I'm getting close to that 2pm closing time I'll just thumb it in. I'll pay for a night at the RV park next door so I can shower and get wi-fi, but I'm not sure I'll stay. Tonight up here at 3100 feet it's pretty warm with a healthy population of mosquitos; I'm not sure I want to hide in my tent all afternoon and evening in Seiad Valley. Another plus: if I hike a few miles in the late afternoon and early evening, it'l split that 4000' climb into two days. That's pretty appealing to me. I'll sleep on it and just decide tomorrow afternoon.