We had opted to do the "strenuous" walk today, some 25km/16 miles of walking up and over to the shrine area of Hongu, then a short bus ride to Yunomine Onsen and our ryokan for the night.

After our 6:30 small breakfast, we headed on out. The first few miles were somewhat dull--a fair bit of road walking on the south face of a ridge, past a few shrines and buildings and shops, and a really amusing fountain with coffee cans floating in the water for sale. Yum. :-) We passed a long tunnel through the mountain--we'd been seeing a lot of tunnels but not much traffic at all, and were passed by maybe a car an hour. Again, we wondered: where is everyone? I've seen more people hiking on remote sections of the PCT than I have so far on this trail as it winds through villages and towns. 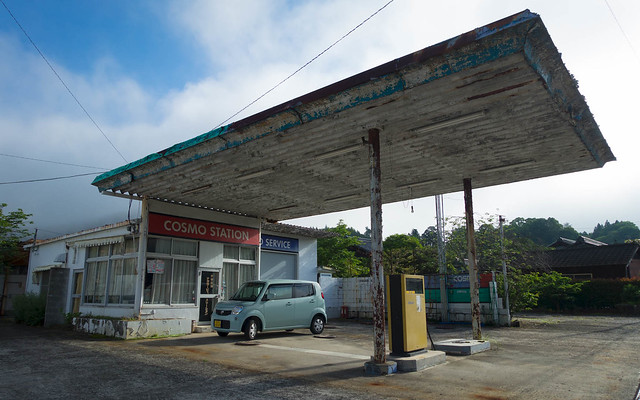 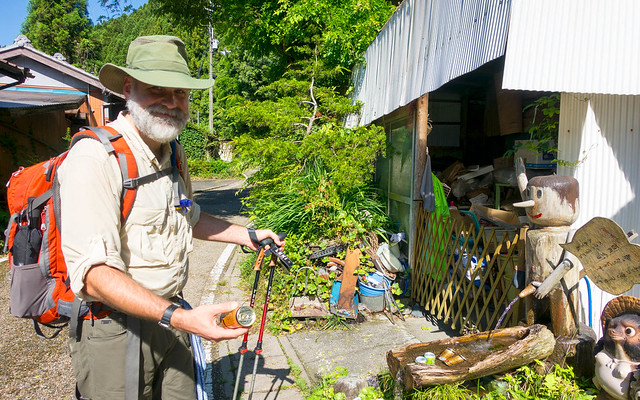 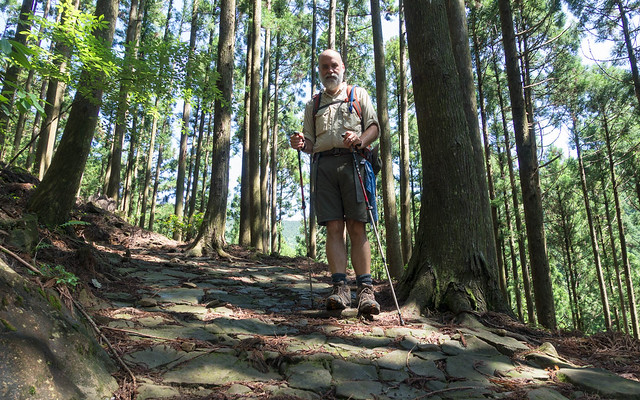 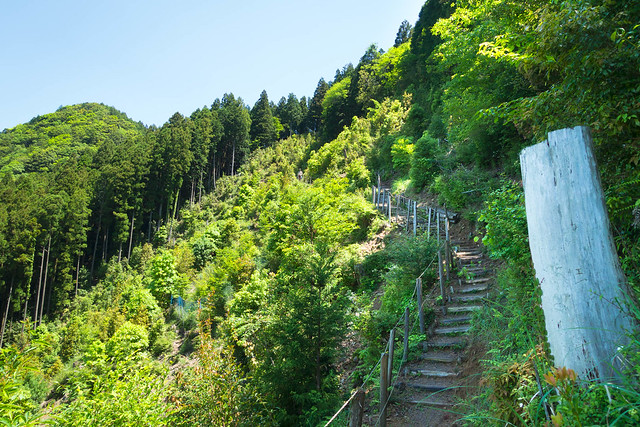 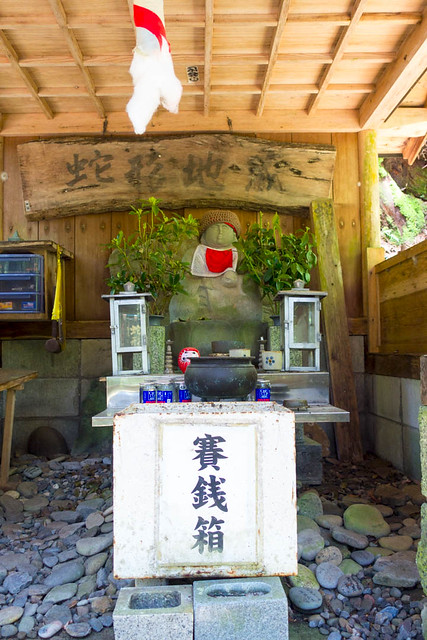 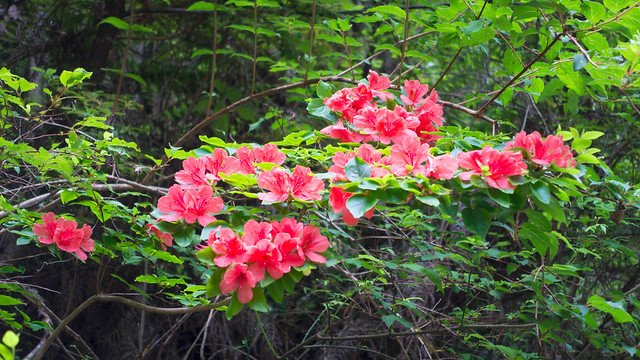 We delayed our lunch until 1:30, until we got to the first important shrine at Hosshinmon. Now this looks fairly well maintained and important, and it's pretty much the start of the main pilgramage area. It was a small shrine in the woods, but very pretty, and we walked down the hill to a rest shelter and enjoyed a lunch of snacks: cuttlefish, mochi, and other little treats. 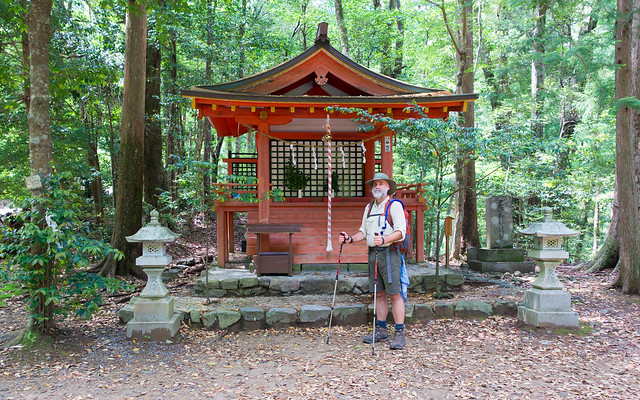 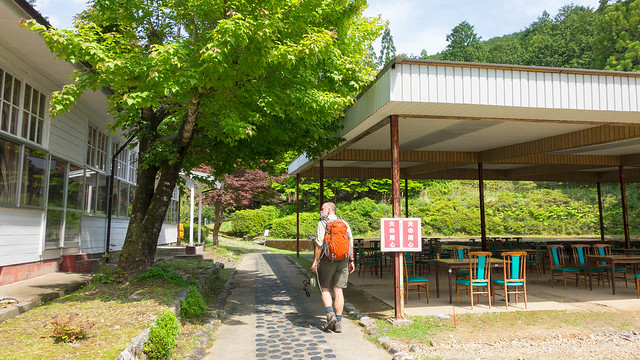 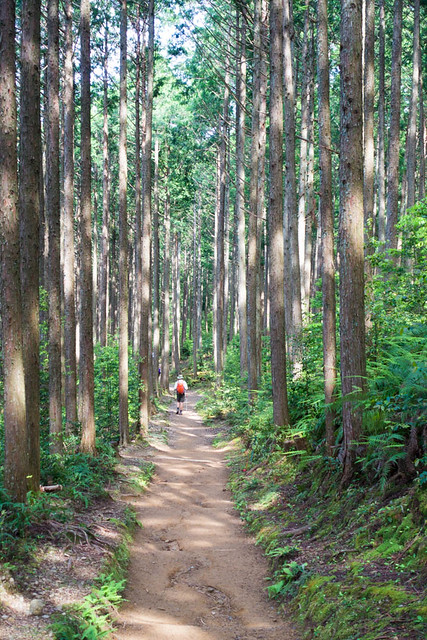 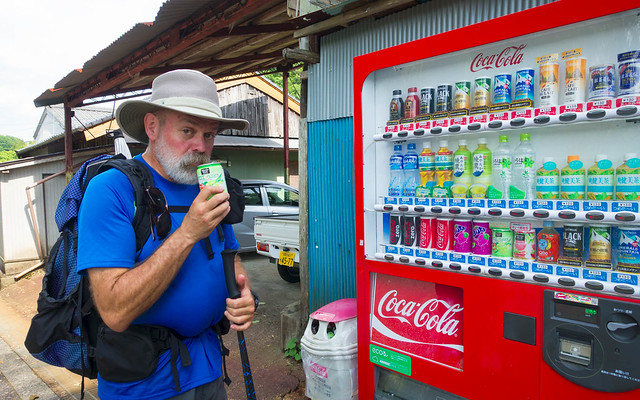 From there we weren't walking much in the forest, but past houses and small plots of land with vegetables and rows of tea to the next stop at Fushiogami-oji. And here is where we saw even more people--an actual Japanese tour group! This shrine has a curious history: around a thousand years ago, a poet named Izumi Shikibu started menstrating on her Kumano pilgramage, and became very distressed. Blood is impure, so she felt she couldn't continue, and wrote a poem: "Beneath unclear skies, my body obscured by drifting clouds, I am saddened that my monthly obstruction has begun". That night, one of the Kumano deities came to here and answered "How could a god who mingles with the dust suffer because of your monthly obstruction?" She kept going on her pilgramage, and this story illustrates that unlike sacred sites in Japan that prohibited women, the Kumano welcomes all visitors with openness and acceptance. I like this story. 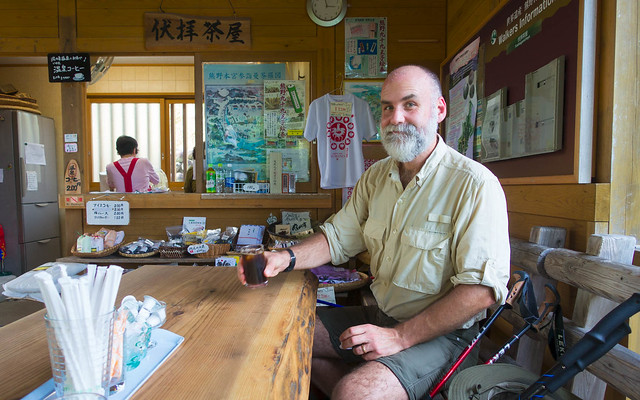 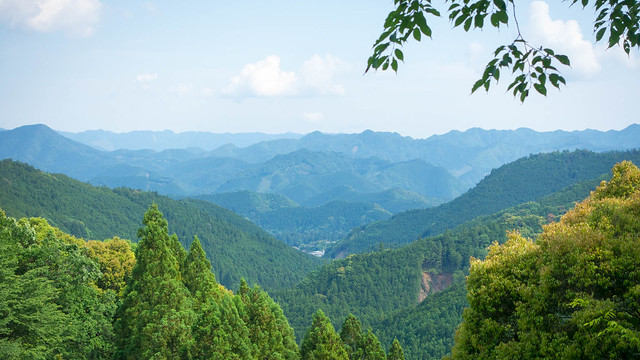 The tour group clogged the trail, and Chris has gone ahead, he does cut quite a path and is over a foot taller than everyone in the group. I had to adjust my pack, and got stuck behind a dozen folks looking at the forest plants--I could remember enough Japanese from university to overhear one group talk about how the coiled fern fronds looked like cat tails--but I couldn't for the life of me remember how to say excuse me so I just hovered behind them until they noticed me. Then the gaggle parted, with some giggles and some words like "ookii desu", though I'm not that big. Maybe they were talking about Chris. 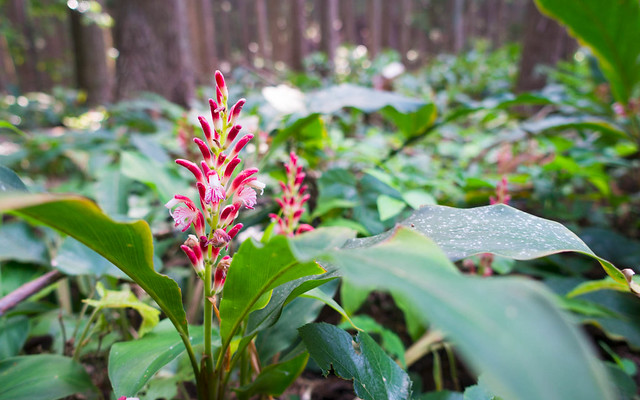 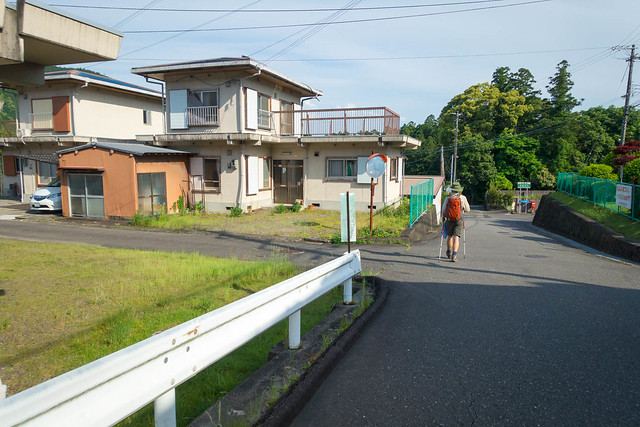 From here on down to the huge shrine at Hongu the trail was wide and fast, though it still annoyingly had steps, and sometimes that tricky stone paving. I'll say that's one thing I do like about the PCT: generally there aren't any steps at all, though where the PCT and John Muir Trail overlap there certainly are some. Down in Hongu, we entered a midsized town, and the shrine precinct. It was beautiful, the shrine has been there for 1000 years and is the center of the Kumano Shugendo faith. Japan's first emperor Jimmu had visited here, and was guided here by a three-legged black crow, considered to be be the deity's messenger. 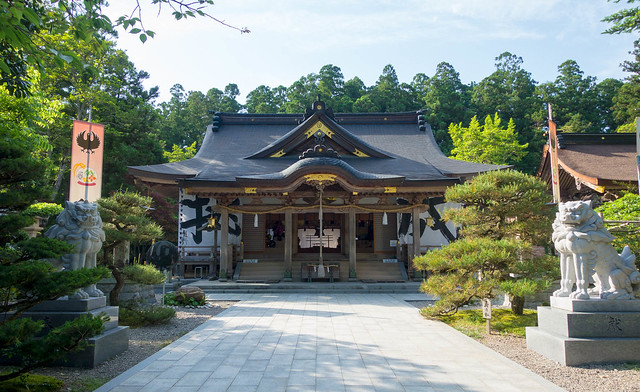 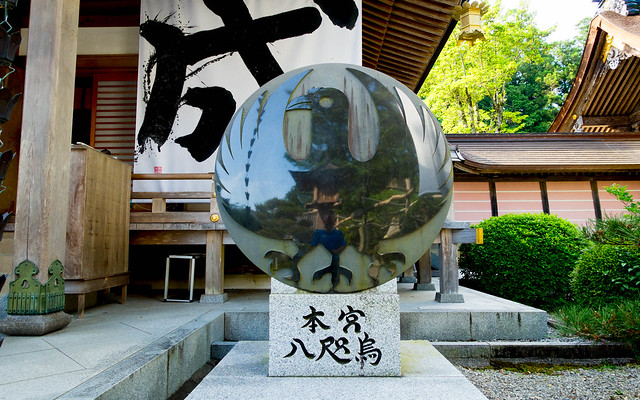 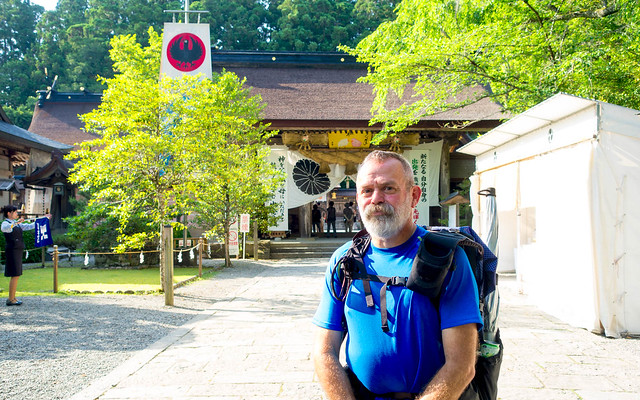 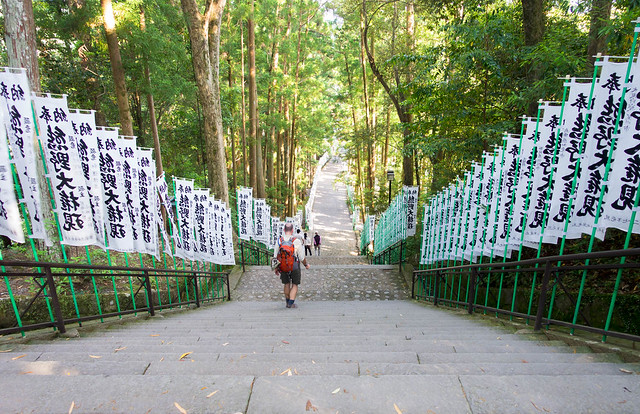 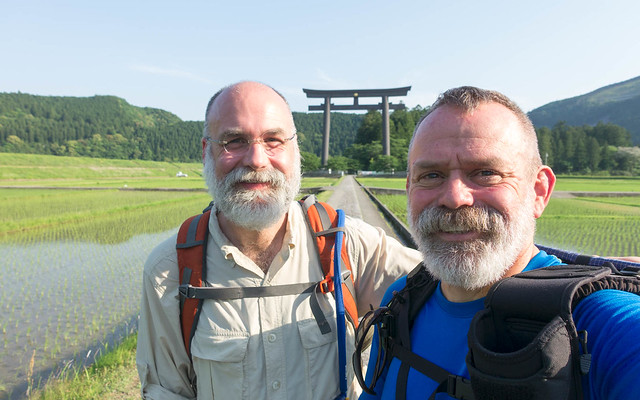 We walked around the shrine for a bit, decided not to walk to our ryokan in Yunomine for the night and took the bus instead. There we enjoyed the private outdoor onsen with smelly sulphur water, a mighty sumptuous feast, and a nice room overlooking the rocky stream. A really good day. 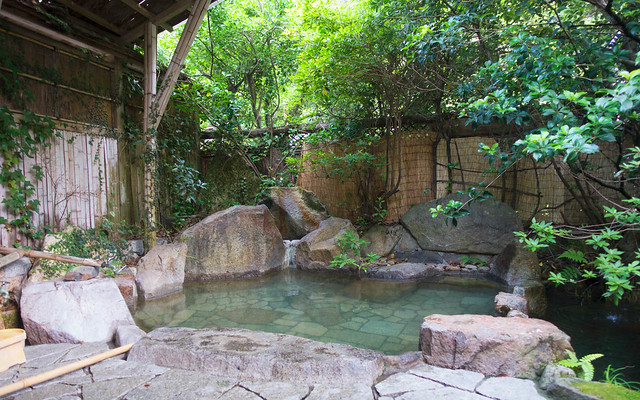 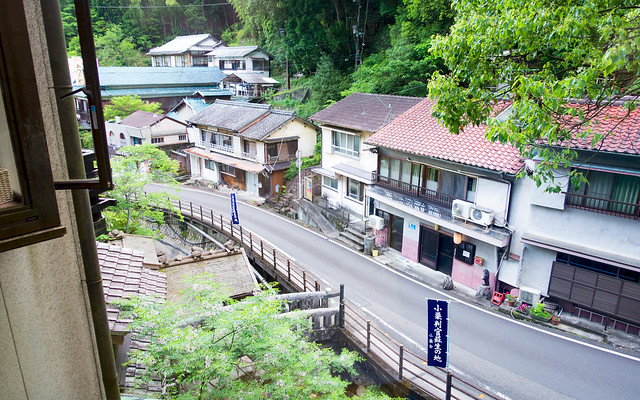 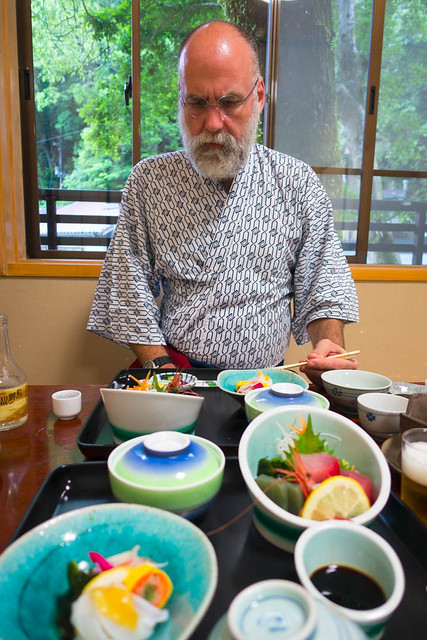