dan.marmot.net
< Through Agua Dulce Rock Inn to the Mojave >

A quick 15 miles across yet more chaparral, with chairs and beer and Doritos at the end of the day.

Well that was a pleasant night's sleep--nine hours, just waking up once. I really like this new sleeping pad I picked up last weekend, the Sea To Summit Comfort Plus Insulated. It's about the same weight as the Thermarest NeoAir, but sleeping on that felt a bit like sleeping on a crunchy bouncy balloon. This new pad feels like sleeping on a comfy cushion... and no crunchy noise during the night either.

I've been deciding how to handle the next four days. I talked with my parents, and they're up for meeting me in Tehachapi in four days. The real question is how to get myself around a the Powerhouse fire closure, which is roughly mile 482 to 490. I'm not going to do the miles from 478 to 482; that's pretty much a dead end cul-de-sac and I'd be backtracking. I can get up to mile 490, but there's almost no water from mile 491 to 518 (Hikertown), and the water reports from two months ago report a low flow at the Upper Shake Campground; who knows what it is now after two more dry months.

I'm also not a fan of road walking... it's an 11 mile road walk to rejoin at mile 490. But if I get a ride that far, why not go all the way to Hikertown? So that's what I'm going to do, and avoid the sketchy water situation up the mountain. I really do want to do that section; I'll come back and complete it when the fire closure order is lifted... and stay at the Anderson's tonight.

Today was a dull day as far as scenery--after leaving the oak groves on what I'll call "Windy Ridge" (Sierra Palona is what I think its official name is), it was back to the same chamise-dominated chaparral that I've been walking through since Campo. I filled up at Bear Spring with three liters for the 15 miles ahead. 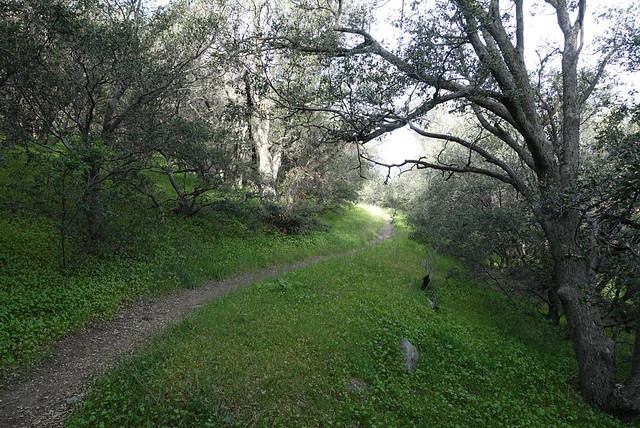 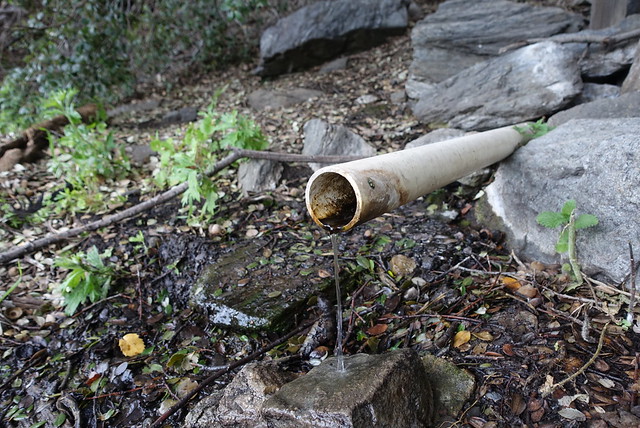 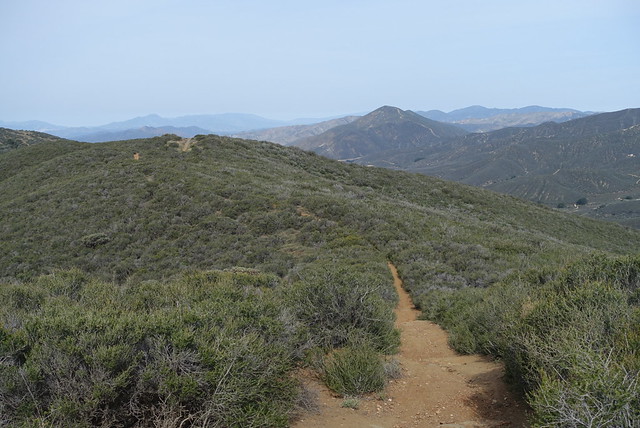 There wasn't much to see, not much picture-worthiness, yet I kinda got in a nice zone, where the miles flew by and I thought about pretty much nothing. The feet and legs and all are feeling fine and weren't distracting in the slightest. But after seven or eight miles, I was feeling just a bit weary. It was getting warmer out, and I was looking forward to a midday break. 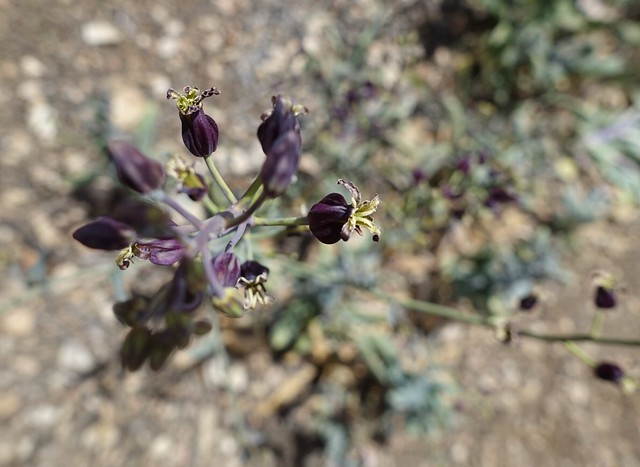 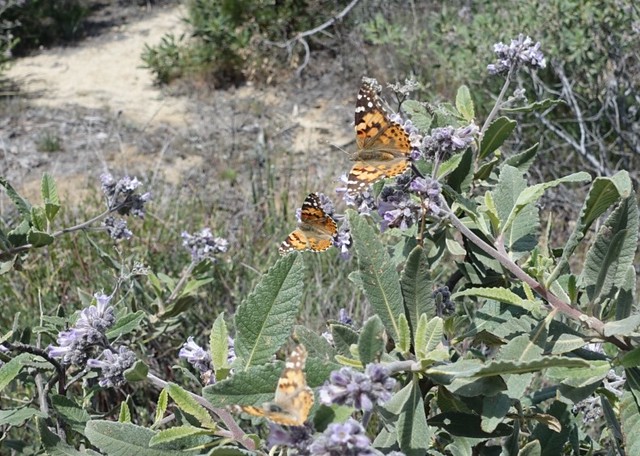 And just when I was thinking "where's a good shady place to sit?" some camping chairs appeared. Wow, cool, I ran into a nice cache. No water, just a bunch of lead weights (seriously), but that chair was sooo comfy and I hung out with a couple of other hikers. A few more showed up, and we enjoyed a nice shady relaxing break. 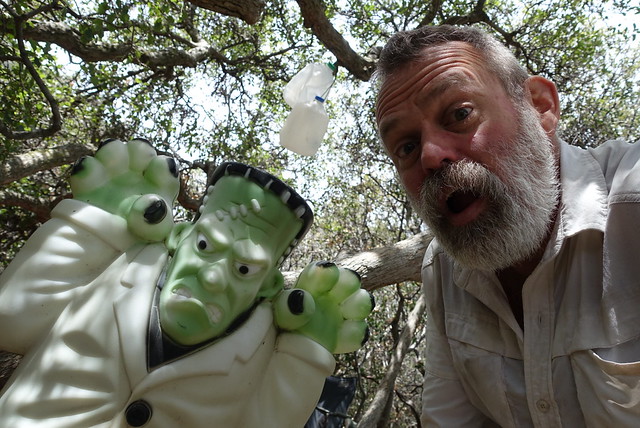 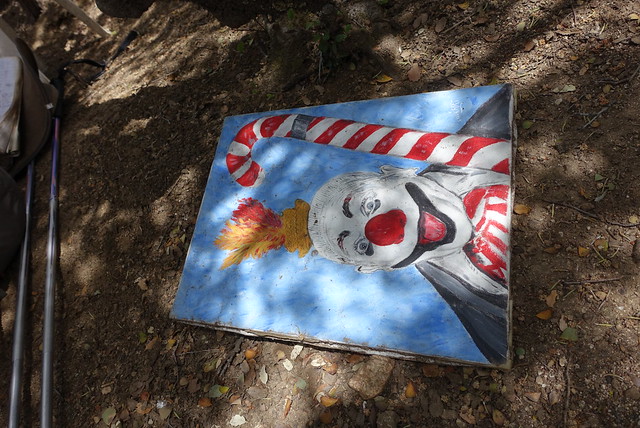 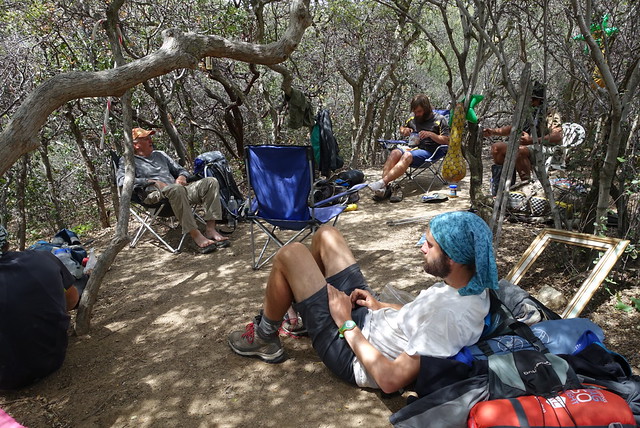 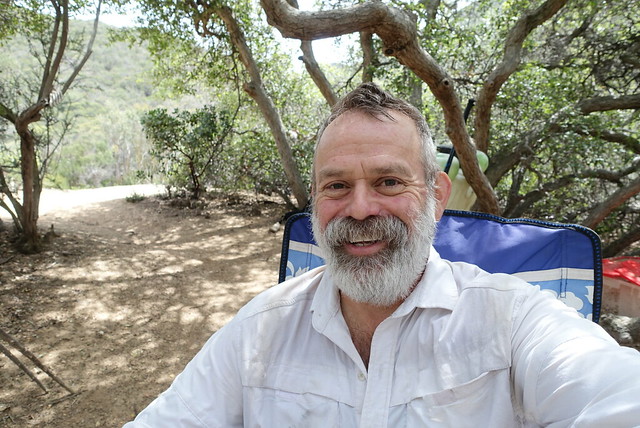 After that, it was a lot of level-ish walking to the road. At the Green Valley ranger station, I caught up with a hiker ahead of me... he said that the Anderson's would come up and give us a ride down the hill to Casa de Luna. We waited for all the other hikers, then scooted down the hill (saving a 2 1/2 mile walk, thanks again Joe!) 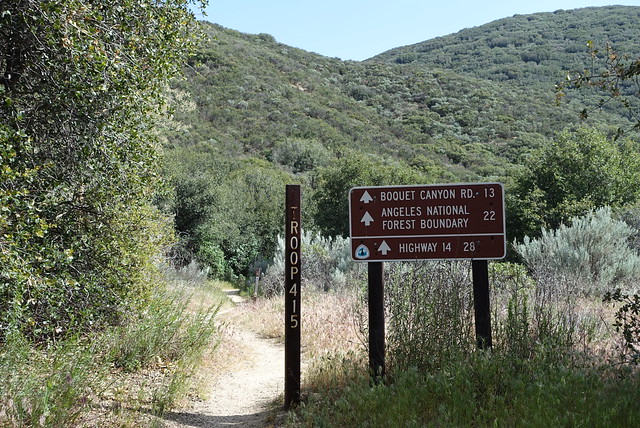 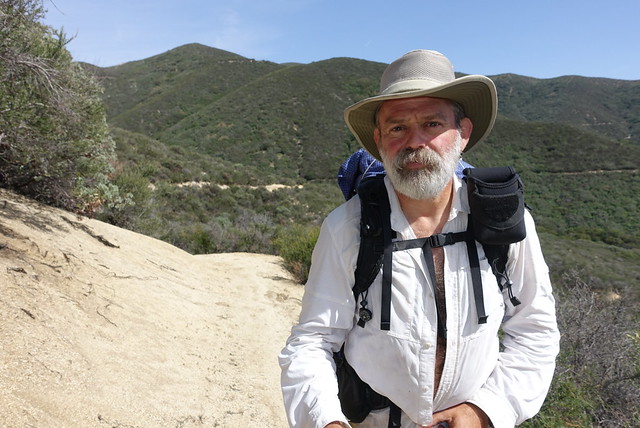 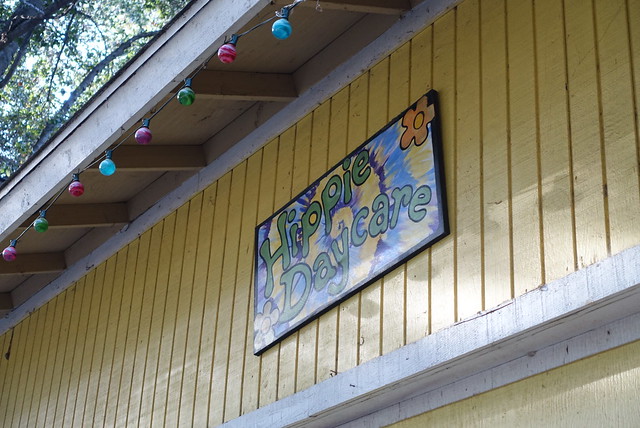 A quick trip to the c-store provided the social lubrication for the evening (aka, beer). It was good to talk and hang out, after so many nights solo camping. 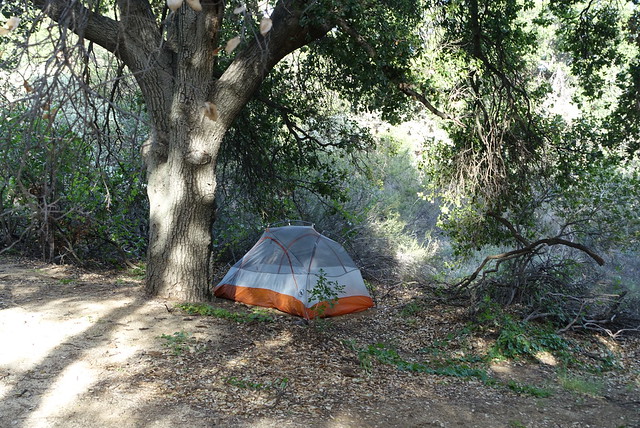 Tomorrow the game plan is "get ride to Rock Inn, have a burger, get ride to Hikertown". A no-walk day, and it's a Saturday so here's hoping the thumbing will be easier.

< Through Agua Dulce Rock Inn to the Mojave >