It was a gloomy rainy day, strange for the last of May, but not that unusual this cold drizzly winter.

The weather does mean that the wildflower season is much longer than usual, so on our way north we stopped by the Rancho Santa Ana Botanic Garden. It's one of those hidden spots in southern California, devoted to California native plants, and associated with the Claremont Colleges.

There was no one there at 8am on a Sunday, and with the gray clouds and the drizzle the mood was dramatic rather than, well, sunshiny.

Some pictures as we wandered about. First, we went through the desert and island section. 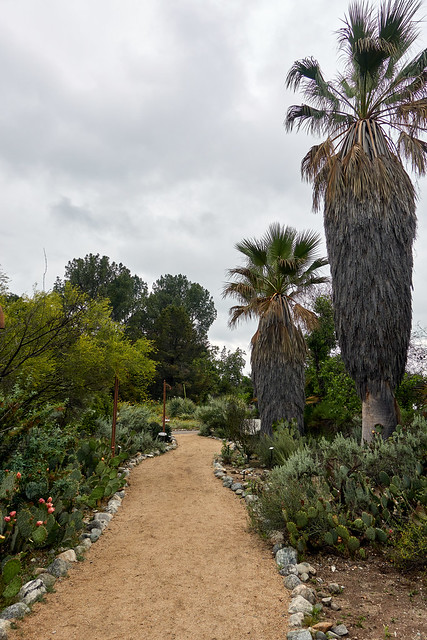 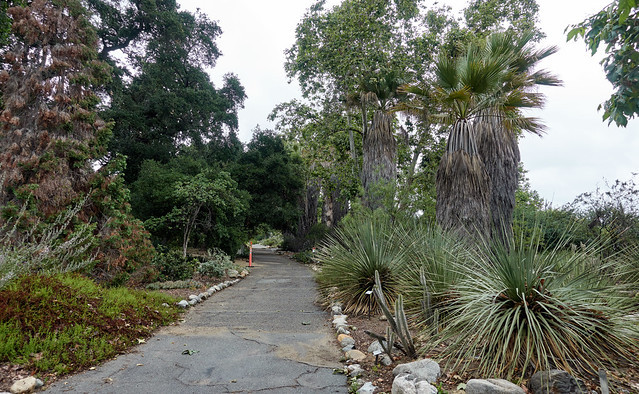 Deeper into the garden 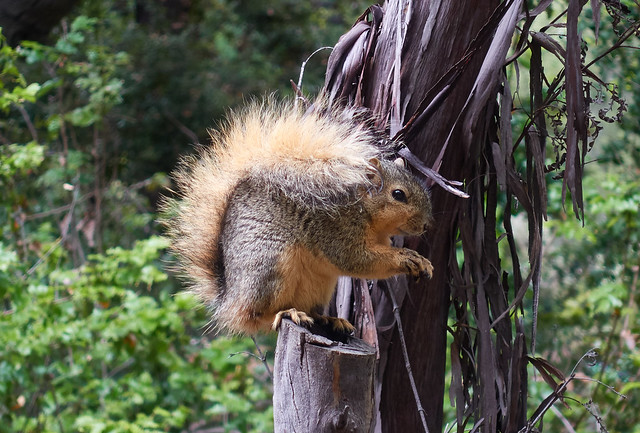 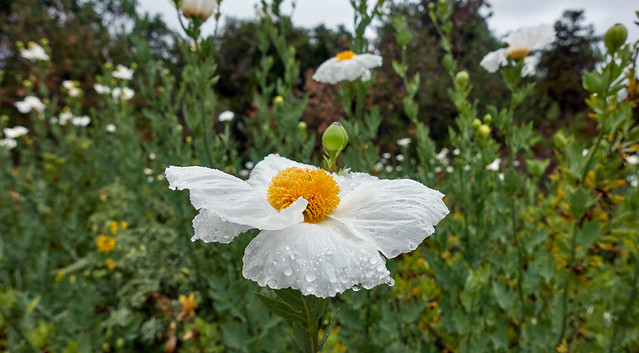 Then there was more about the southern California chaparral and woodlands. 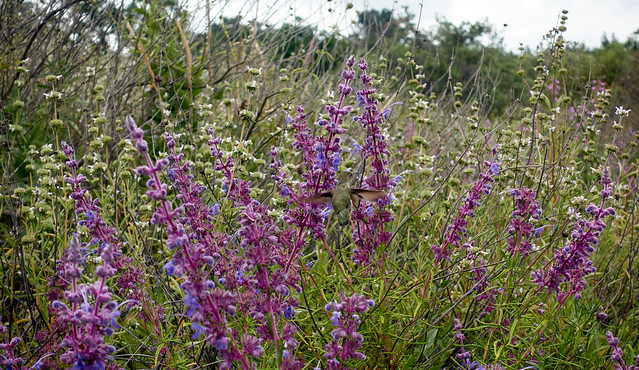 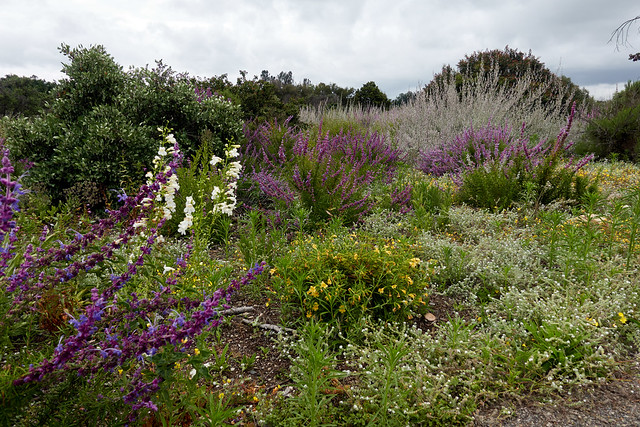 Wildflowers even this late in the season 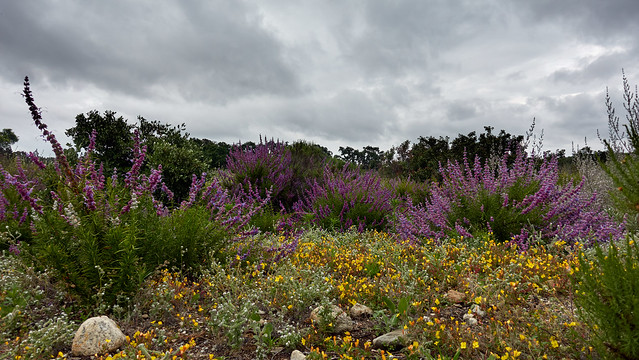 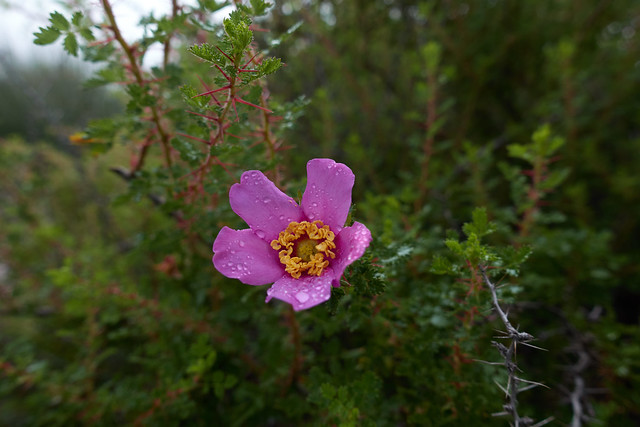 A native rose species from San Diego County. The last native plants were bulldozed just a few years ago for a car dealership in Chula Vista, so technically it's not native here anymore. 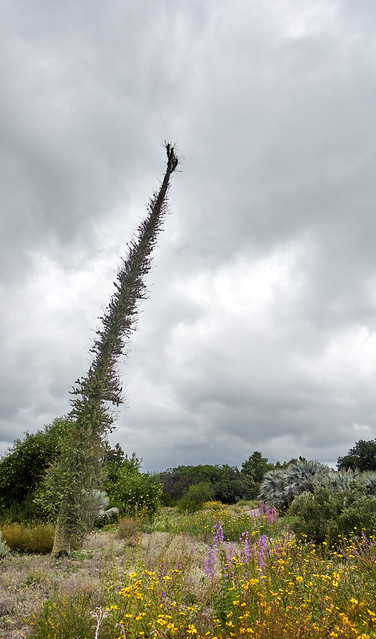 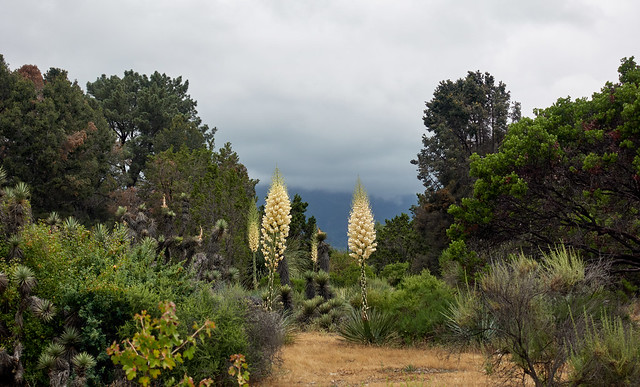 These nolinas were flowering everywhere; they're closely related to yuccas and Joshua Trees (which are yuccas) 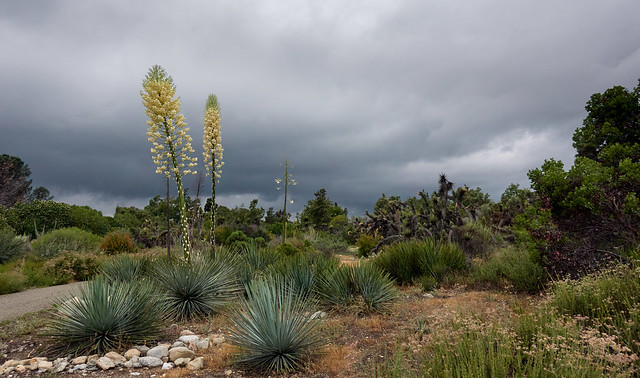 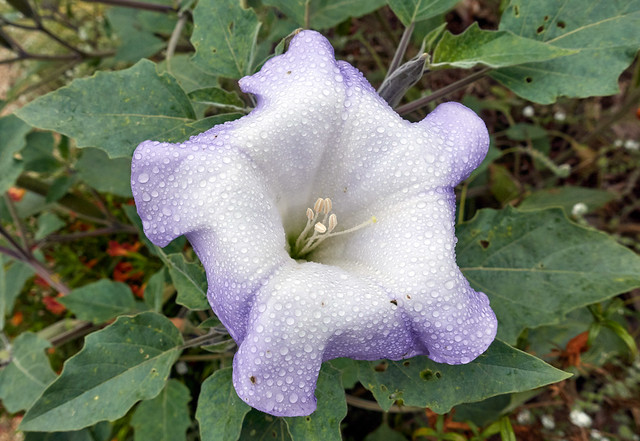 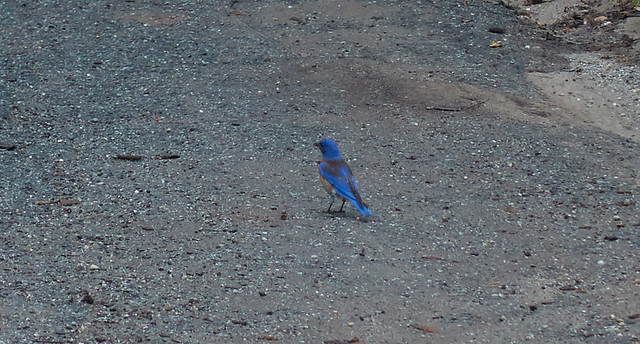 Lastly, a western bluebird on the way out. Don't see many of these around.