Another shortish day, only 15 miles... yay. This was a good thing as a Bambi hung around all night, looking for salty treats from me. I obliged her first thing in the morning. 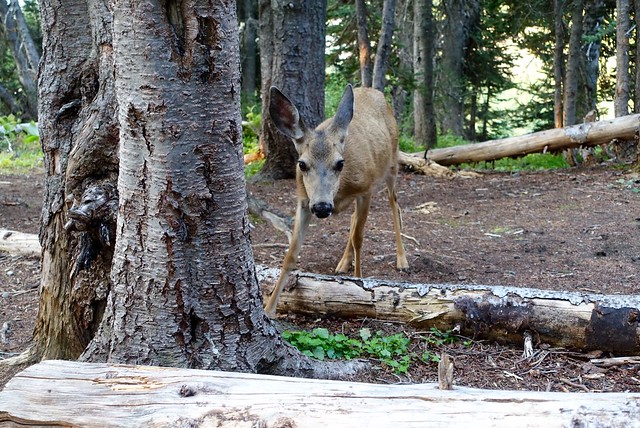 The trail out of Hopkins Lake was generally really great, well cleared and fast and wide and slightly downhill to "the monument", which is a chest-high bronze marker that defines one spot on the US-Canada border. There was about half a mile of hacking through overgrown thimbleberries, but it was an easy walk, and I was at the monument around 11. 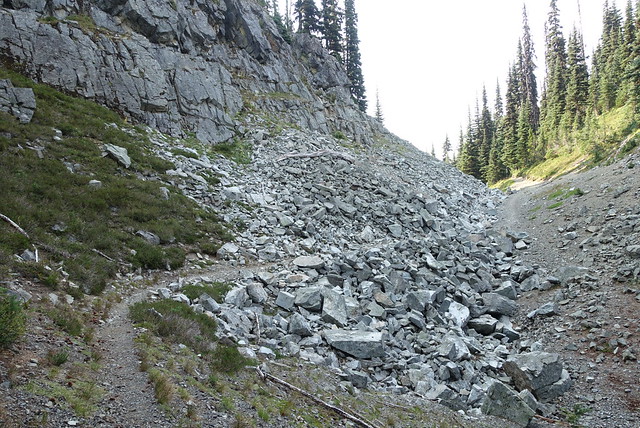 Out of Hoskins Lake 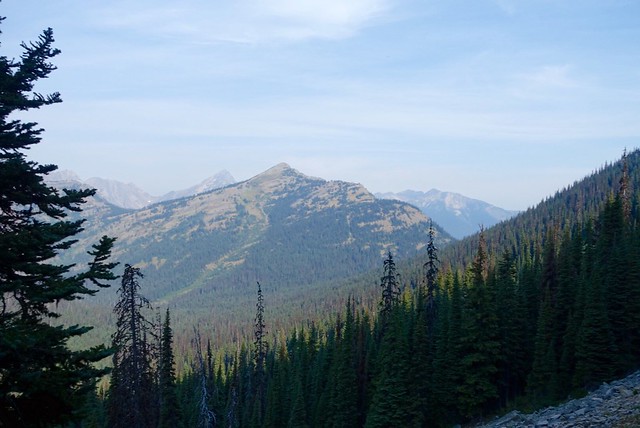 I am seeing you, Canada! 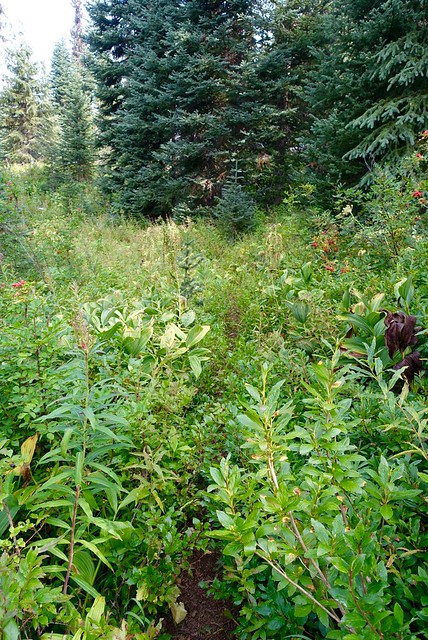 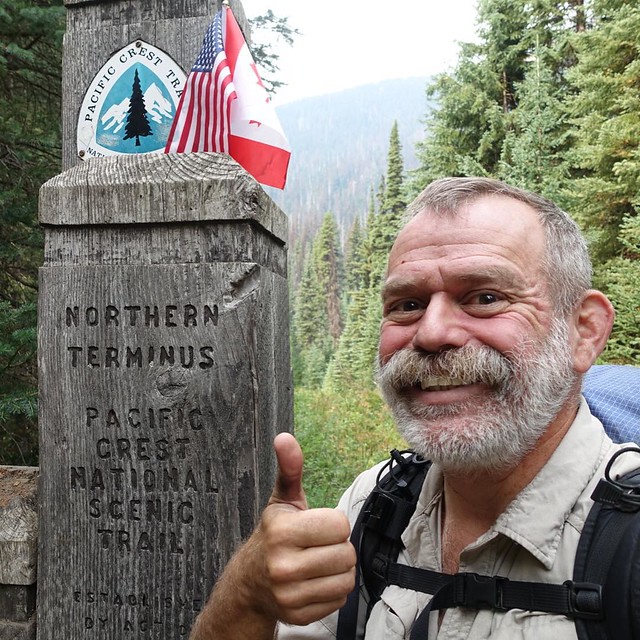 I've been thinking for a long while what this day would be like. Would I feel elation, would I feel excited, would I feel happy and fulfilled? I wasn't feeling anything like that at all, just a vague sense that this is the last day of numerous days of hiking, and there isn't any more trail ahead to worry about. No resupplies to plan for, no scheduling to worry about, no planning to do anymore. It's all going to be done this afternoon.

At the monument, I ran into another mega-section-hiker, Jelly Bean from Hood River, and we snapped a few pictures of each other and signed the registry, then went our separate ways, she (like so many people I've met) wasn't going to continue onto the Pacific Crest Trail in Canada, but turn around and return to Harts Pass. The monument itself was curious--it splits into three segments, with a trail registry and treats inside. I spent twenty minutes or so reading all the entries from other hikers this year... lots of thanks and appreciation and "I made its", and really struggled to figure out what I wanted to put down; I figured something other than "Hey, this is mile 2650, yay!", but didn't want it to be anything trite. In the end though I just said something like "I'm grateful for the opportunity and appreciate all the help I've received to help me get this far", which is trite, sigh, good enough for a scribble in a high school yearbook. 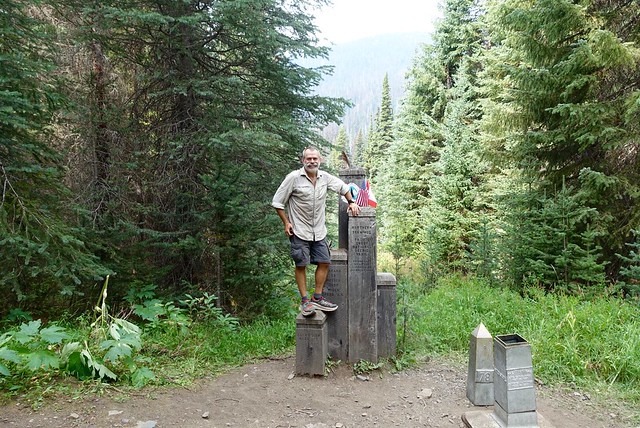 At the PCT northern terminus 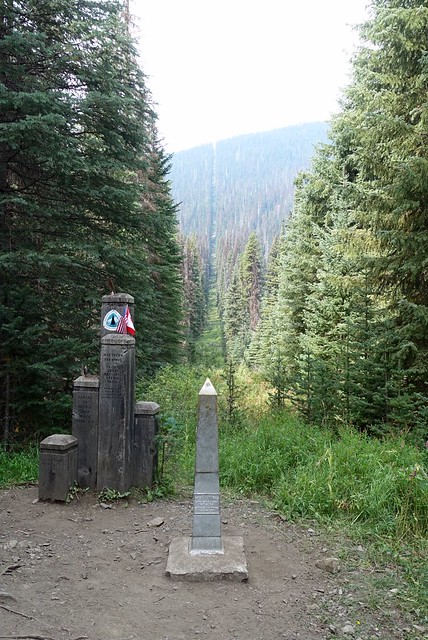 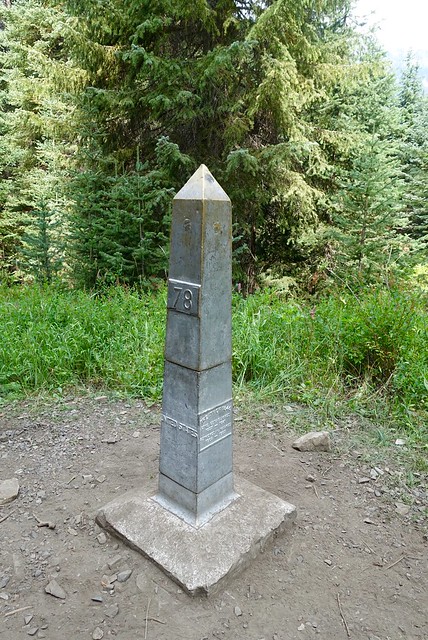 I continued north past the border, marked by a 50 foot gash of cleared forest, and into EC Manning Provincial Park. It's 8 miles to the Manning Park Lodge. 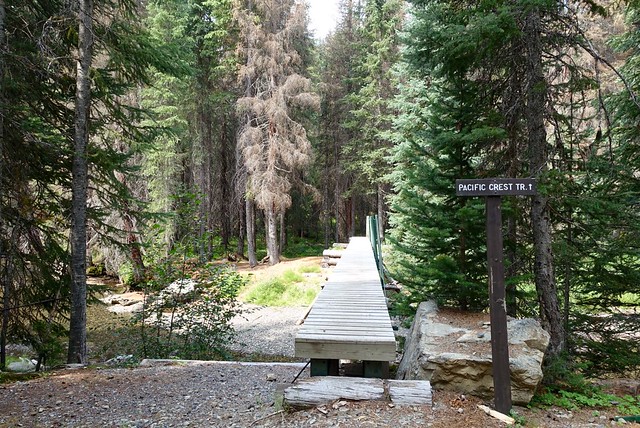 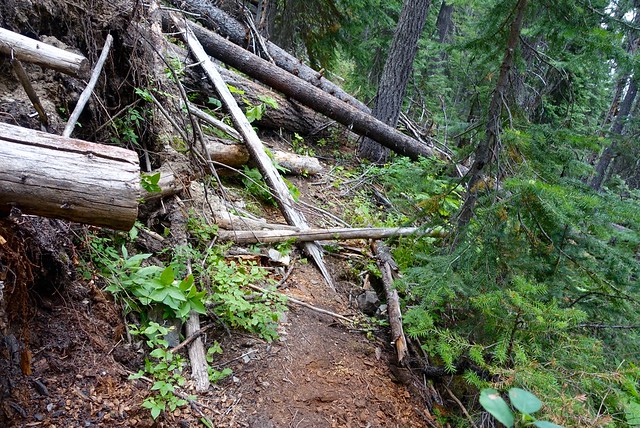 Blowdowns on the PCT in Manning Park 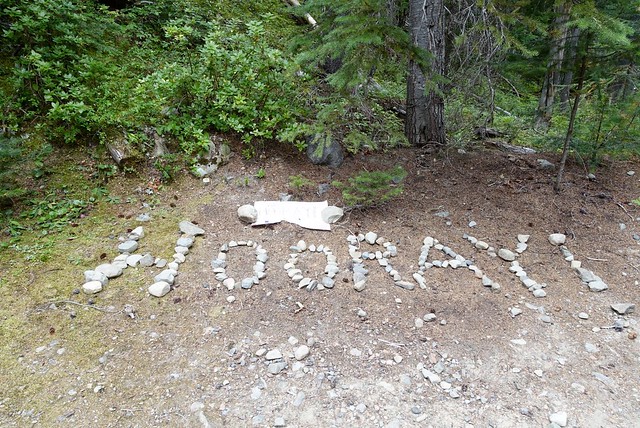 A Hooray on the PCT, Manning Park 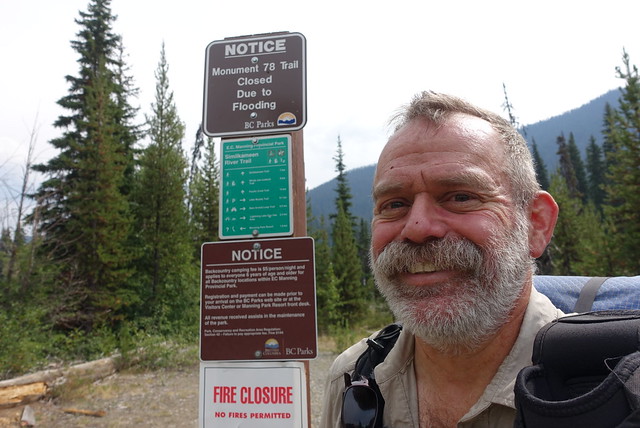 The trail was ill-maintained the first few miles, with a fair number of blowdowns, then got better and better, eventually becoming a kind of wide trail/narrow road as it wound down and down to a paved road. A few minutes later I was in Manning Park Lodge, where I settled into a $35 private room at their 'hostel' across the road. The hostel really feels more like some oilfield mancamp in northern Alberta, but hey, it's private and clean and the price is right.

I did some laundry, soaked myself in the hot tub in the nadatorium along with the Germans and Czechs, and had a pint of Okanagan Pale Ale at the Bears Den (grrr), then bed. Tomorrow is the 11am Greyhound bus to Vancouver.

So what did I learn today? I really thought a lot about opportunity, especially as my thoughts have been drifting towards what I'll doing now that I'm finishing the PCT.

In retrospect, dropping the client I was consulting for in March 2015 was a great idea, and I really turn it into a great and unexpected opportunity for hiking the PCT. 2015 is a ridiculously low snow year, I was pretty fit by the time I started, so it was a great fit. Seizing the opportunity really worked out well.

Now, 'going forward' (to use a hideously overused management speak), what opportunities are there post-PCT? What will I do? That just consumed me for most of the afternoon down that easy trail into Manning Park, and I decided that what I really enjoy is being focused on some measurable goal... just like the PCT, which has a start and an end and a way to measure your progress, particularly if you're concentrating on making miles (many PCNST hikers I ran into are overwhelmingly motivated about doing miles, and really can't be bothered to realize the fourth letter in PCT is "Scenic". They're really missing out on a key aspect of the PCT; their loss, the PCT is not a racetrack.)

What I realized on those last miles of the PCT is not that I'm so interested in measuring progress towards a goal as I am in the journey to the goal. The goal is just the climax. I really do get motivated by the 'goal', whether it's achieving Eagle Scout, or completing a masters degree, or moving up to Level 63 on the corporate ladder, or becoming a moderately decent rugby hooker. These are all pursuits that require study, experimentation, tenacity; they're not something you can do in a few weeks of reading, and definitely something you can't fake.

Now that I'm returning to the civilian post-PCT world, I realized I should look for some similar pursuit, something where I might risk failure (which is motivating in itself), some pursuit that rewards both deeper learning and experience. Maybe returning to my engineering background and building little robots again? It's been decades. Maybe learning more about data science, with some certificate program from UCSD? Maybe learning how to develop with a new toolset--iOS development and react.js have caught my eye.

So getting off the PCT, I actually did feel that it helped explain a few things, and give me a nice reset. I want the next few months to be just as engaging as the previous, as I dig into some new pursuit. What that will be, I don't quite know, but I do know I'm excited to get back into things. It'll be both challenging and fun.