Last night was not particularly restful: there were gusty winds from time to time, some light rain now and then, and a really heavy downpour just after 4am--good thing we put up our rain flies on the tents. Still, I got nine hours of sleep, which was great.

The skies were full of puffy pink clouds as we made breakfast then broke camp, while we listened to the Germans who came late last night and camped about 25 feet away from me just natter on and on and on and on and on; they were just out of earshot so I couldn't really make out what they were saying, not that I understand a lot of German. They left around 7:15, and we were a few minutes behind them, but never caught up the entire day. 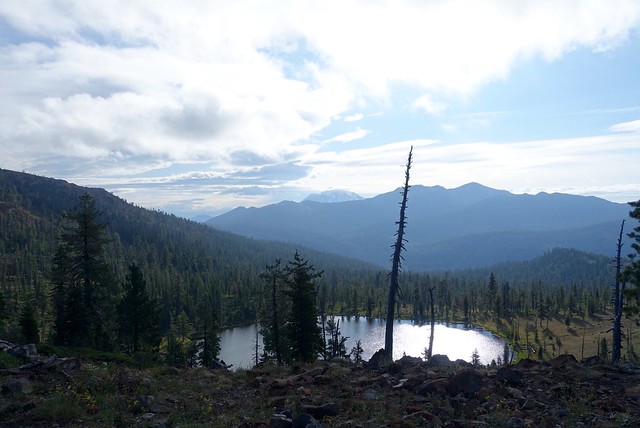 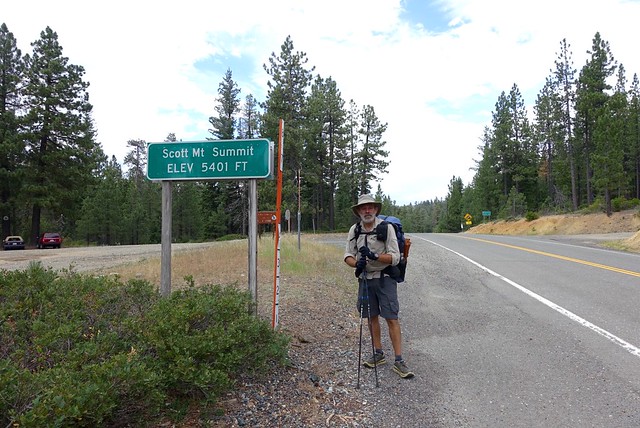 I did make oatmeal, yay, and it was guilt-free. I am going to make it to Canada even if I take another ten minutes in the morning to make oatmeal! It was also very tasty, and I was certainly hungry. We got on the trail, taking a break after two hours to get some spring water just past some guy still sleeping in a hammock with a Tyvek tarp over it, then a more extensive break around noon where we met another thru-hiker, the first one in several days we talked to.

Nate the Snake was his name, and he had a nice tattoo of California symbols on his right arm; I liked it quite a bit. We chatted a bit about food and water and "where is everyone??", and hunger: just like Junior and I, he's gotten hungrier in the past few days than he's ever been on the trail. I wonder what's up with that--is it the cool temperatures? Is it all the body fat we've all lost? Who knows, it's just one of those trail things... by the end of the day, I'd downed a couple of handfuls of Starburst jelly beans, 5 Clif bars, one package of Clif Shot Blox (Margarita flavor), a Pro Bar Base Chocolate Brownie bar, 3.25 ounces of jerky, and a full box of Annies Cheddar Mac and Cheese... plus the two packets of oatmeal in the morning. I'm still a bit hungry too, but I can wait until morning.

Lunch came and went, and the trail became a bit less maintained and considerably more rocky and steep. That nearly-level 30 miles was over, and we dropped down 1500 feet to California state highway 3, which is a short highway whose single digit really doesn't mean anything. Then we climbed up and up to our campsite, entering the Trinity Alps. The scenery became a bit more interesting, with red-orange boulders and a large protruding pointing gray set of mountains to the south that I assumed were the T-Alps. 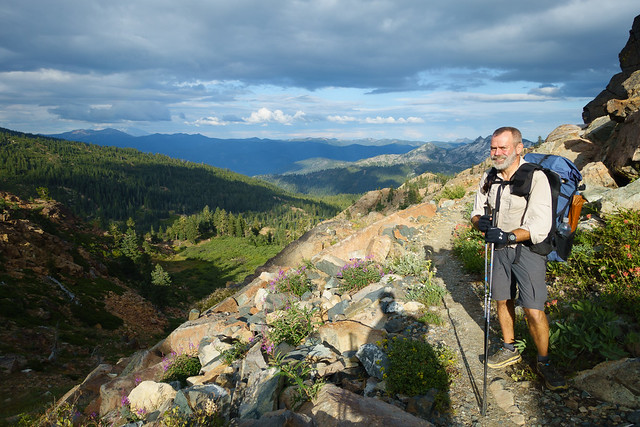 High on the mountain 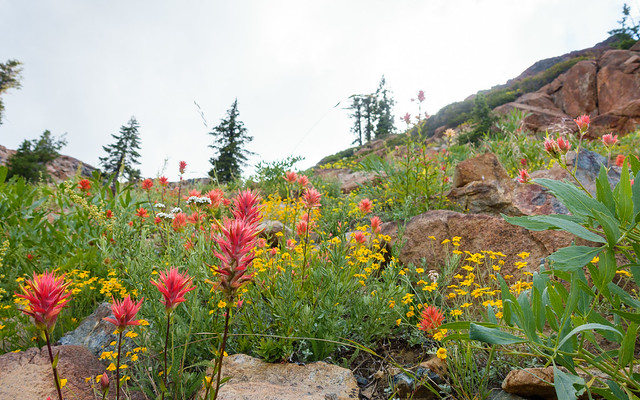 We knew we should take the campsite because there was a bright rainbow behind it, and it did turn out to be excellent, if a bit chilly. The breezes were nice in keeping the mosquitoes away, and we cooked dinner outside and chatted about stuffs and things and stuffs, before bedding down for the night. 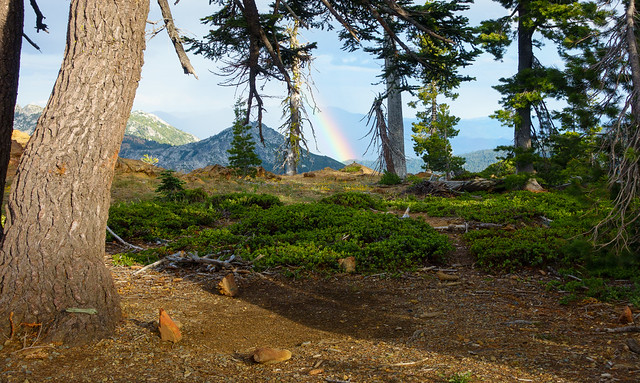 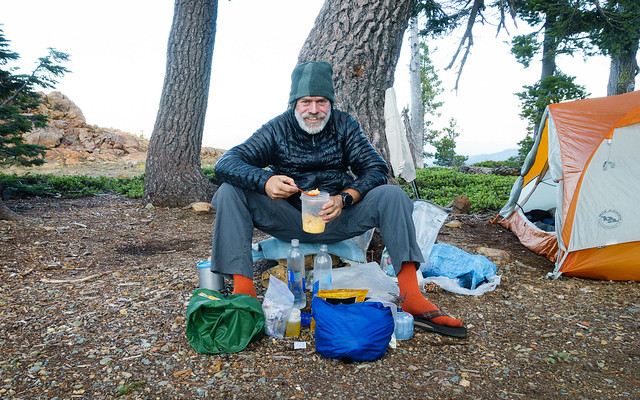 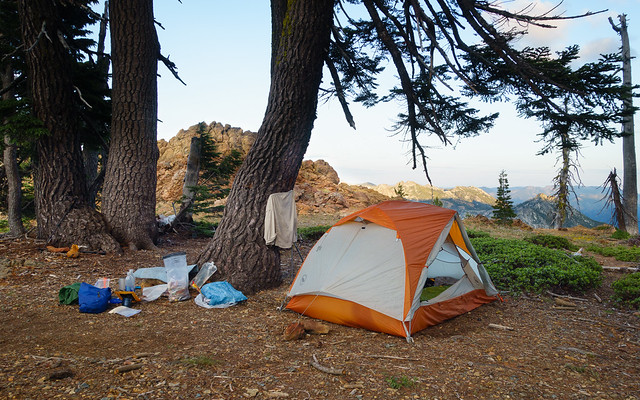 Tomorrow is a bit more strenous than today, around 23 miles with 4000 feet elevation gain and loss over that entire distance. It's also Junior's last full day of hiking, sniff, I'll miss his companionship but he must move on. We're both continuing to really look forward to Tuesday afternoon at the Etna Brewery too. That should be a great farewell.